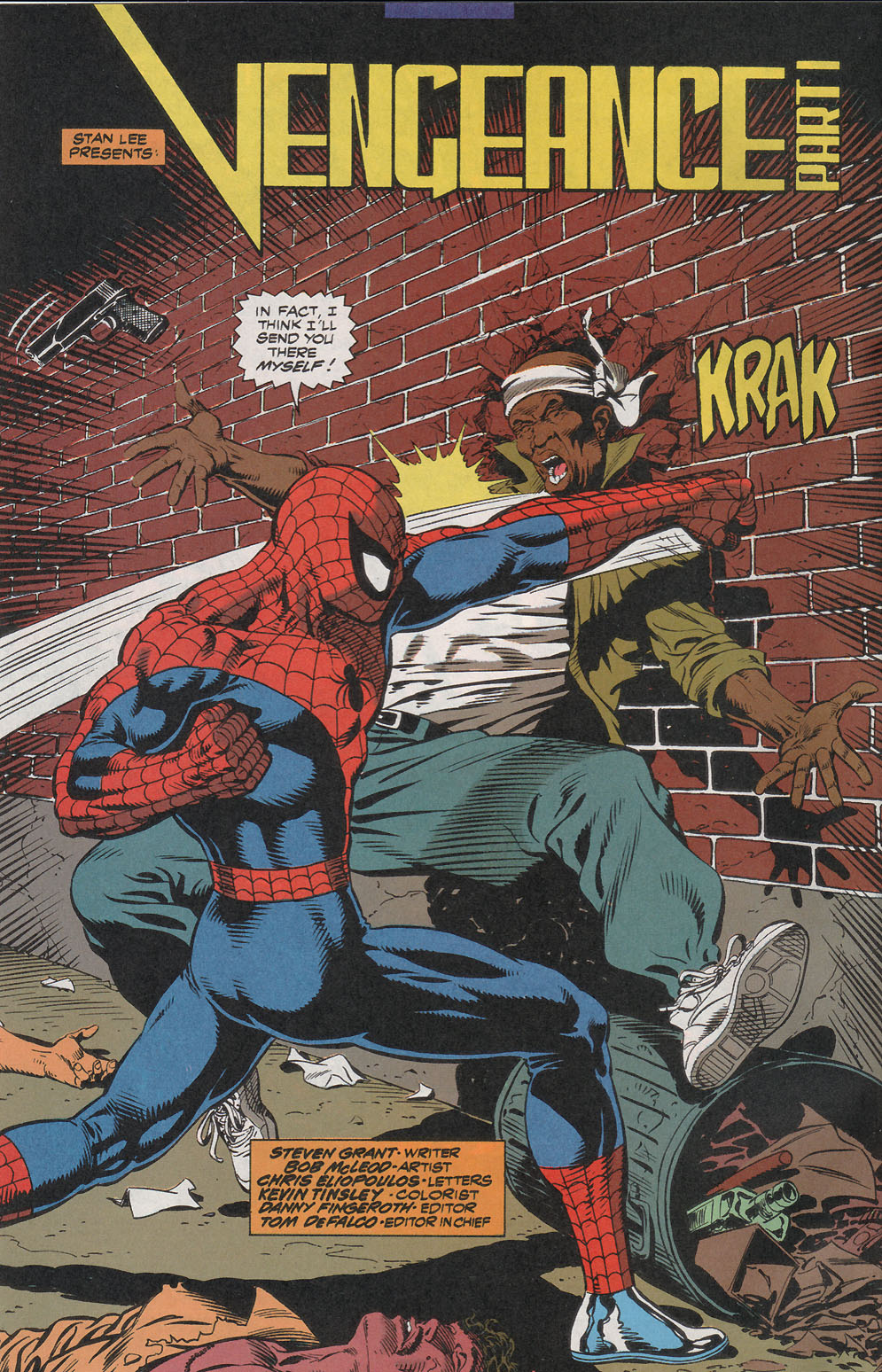 Of course it’s not the real Spider-Man.  But if you’re going to go through the trouble to make a copycat costume, why would you have silver shoes?

In an interesting twist, the imposter also has a second identity: Master of Vengeance. 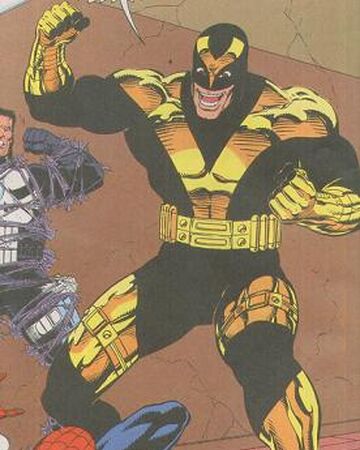 Like most Punisher “team-ups,” we end up with a triangle: Punisher first fights the Hero, then they team up to catch the Villain, then Punisher tries to kill the villain so the hero fights Punisher again.   It’s a formula that’s been used in multiple Punisher stories in the past, but it’s done well here.