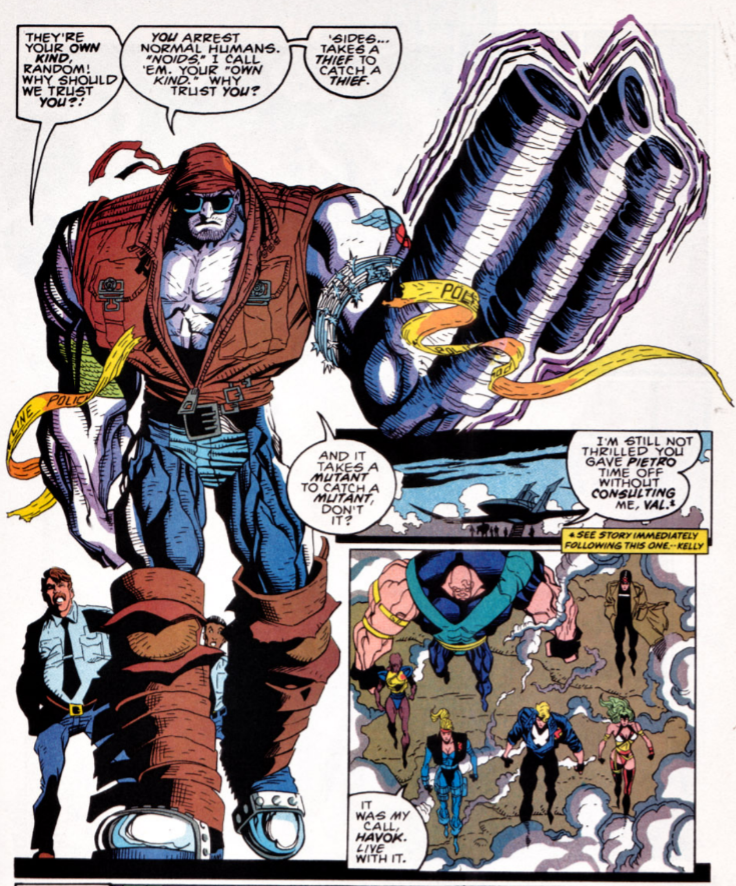 These are transition issues, moving Peter David off the title.  Scott Lobdell fills in for a short while.  That’s sad.  But Peter David will come back.  As it is, these issues kind of clear the storylines David started, but they do it quickly.

The team is assigned by their Federal minders to take on an urban threat, but the mayor of the city has also hired someone to help: Random.  A new mutant who will be a series regular for a while.

The team clears the X-Patriots story and then fights some Genoshans, and there’s some early signs of the Legacy Virus as well.  It’s a little bit of a hodge-podge/gonzo story, and it seems to be a sign that without Peter David this comic will become another plot-heavy title overburdened with too many characters and not enough character development. 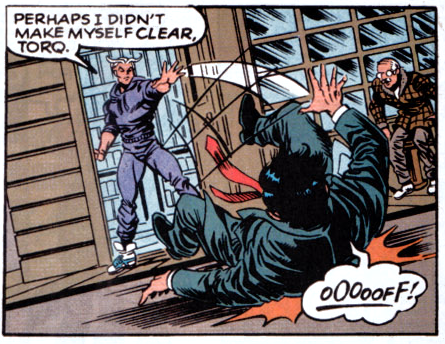 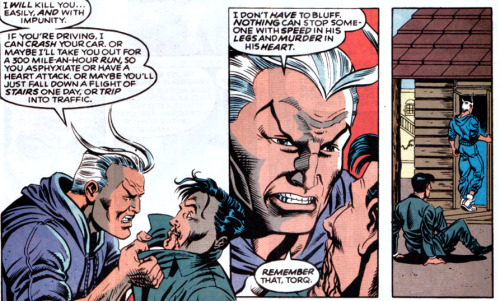 Also, Quicksilver and Crystal rent a cabin together.  A reporter shows up to ruin it, and Quicksilver tosses him out on his ass.