Roman Centurian and medieval England robots who live in a castle upstate and drive flying cars attack New York, and Wolverine and Spider-Man team up to stop them, and their boss, a new villain named Professor Power. 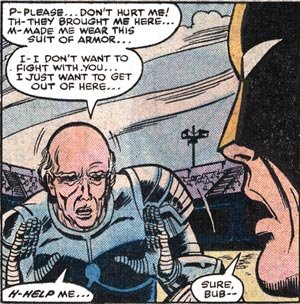 Then, since they’re upstate anyway, they go visit the X-mansion and meet the X-Men. 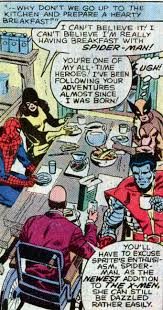 Spider-Man gets a ride back to the city with Professor Xavier, and then the two of them have an adventure against Fixer and Mentallo. 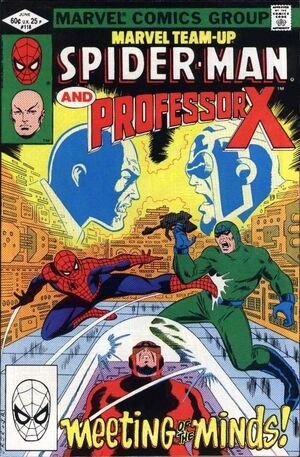 Not much to see here.

Oh, and a lousy Bob Layton cover.  That’s pretty rare.  I mean, I get that he’s trying something new by doing a “fish eye lens” illustration, but it just looks dumb.