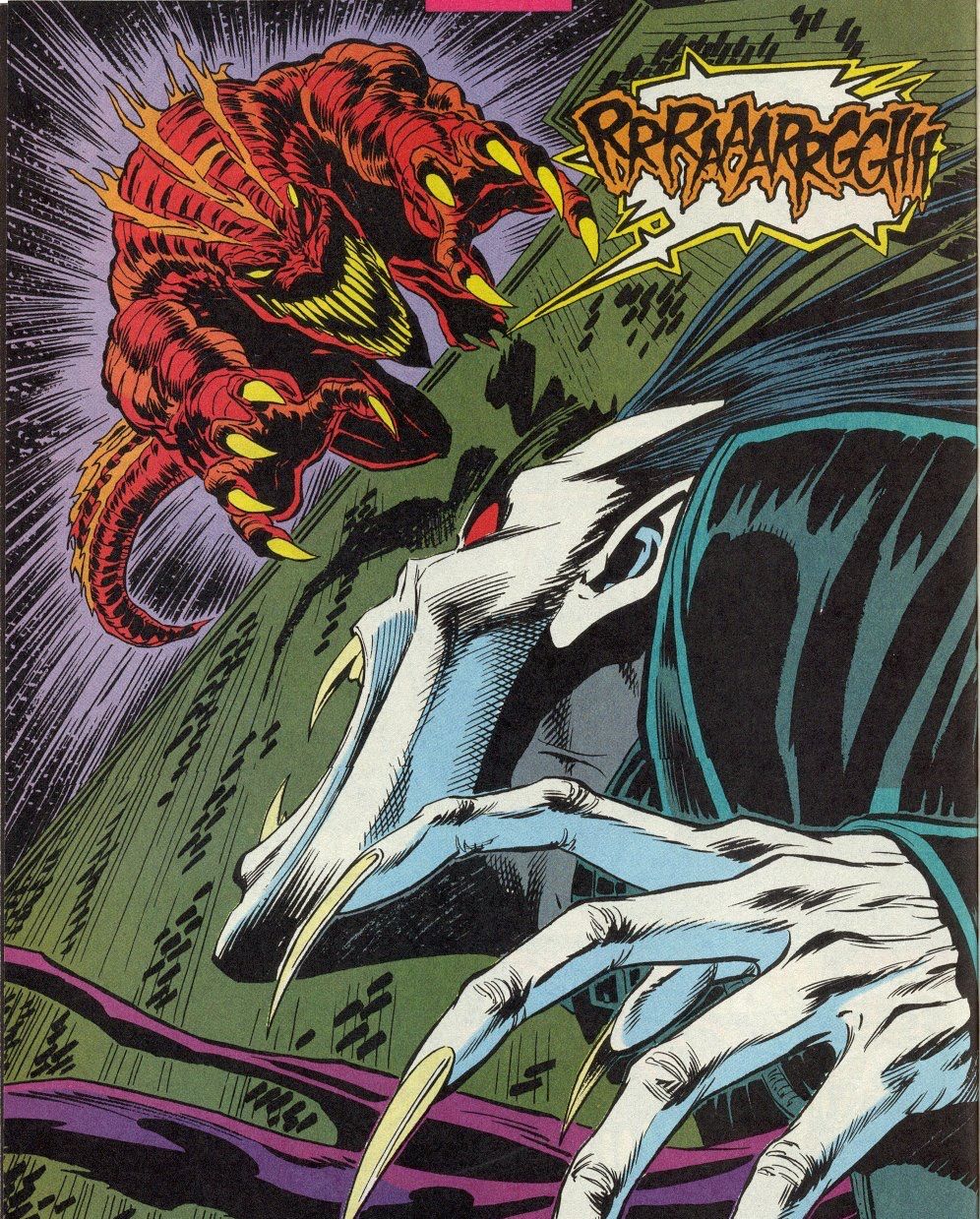 Morbius looks for a cure, fights various monsters, eats criminals, etc., and then his enemy Simon Stroud hires a new character, Vic Slaughter, to kill him. 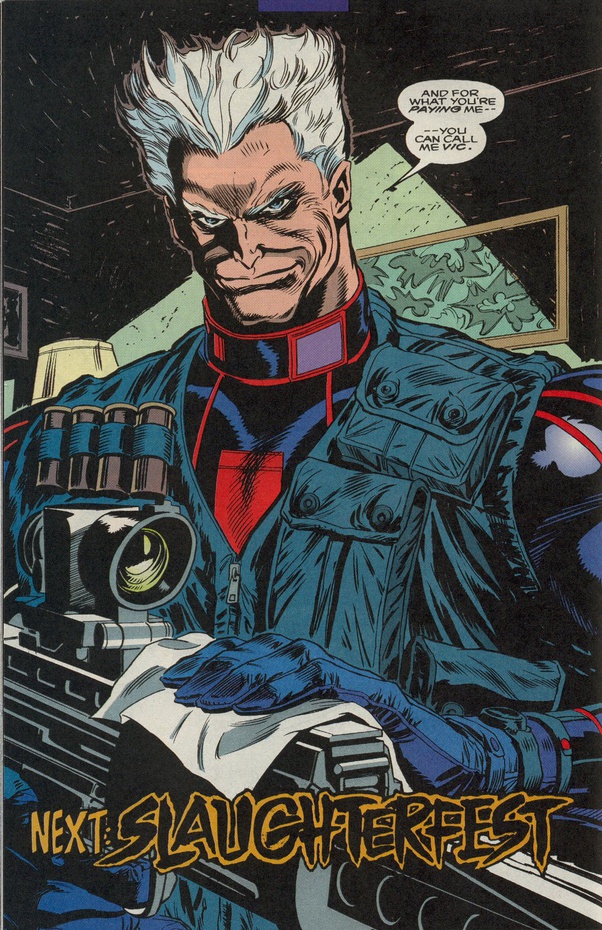 Morbius bites Slaughter, who will re-emerge as a vampire.

They fight a bit and then Morbius finds himself in a horror dream because he eats a junkie high on “jazz” and that makes him fall asleep.  Which means Nightmare can enter his psyche, which in turn leads directly into a crossover with Doctor Strange, where he and Morbius team up against the dream villain.  It takes them several issues to beat Nightmare, but surprisingly little happens in these issues. 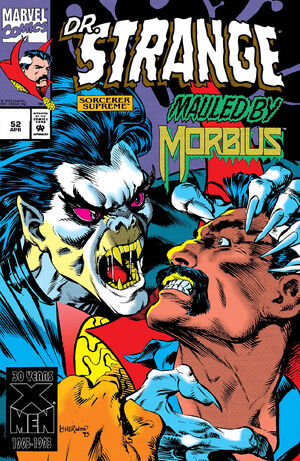 At one point, though, Nightmare “enters” Doctor Strange… 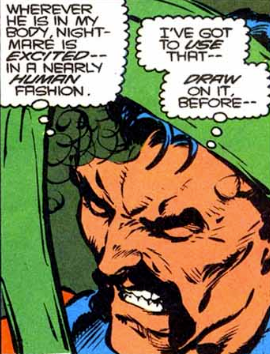 …Nightmare is excited to be in Dr. Strange’s body.

If this summary of these Morbius issues feels random and disconnected, it’s because that’s what the issues were like.  They all kind of tie together, with cliffhangers and all, but if feels like a bunch of ideas all thrown at the wall. It’s not bad, it’s just disjointed.