Of course Dr. Strange ties into a book about the son of the devil returning to Earth.  That actually makes a lot of sense.  Damon’s enemy Gabriel has written an article about him, and Strange is investigating.

It’s no secret that this comic came about as part of Marvel’s effort to counterprogram against DC’s Vertigo books–specifically, Hellblazer starring John Constantine.  And as early as issue #2, Damon specifically says he’s emulating a “Brit” in a “similar line of work.” 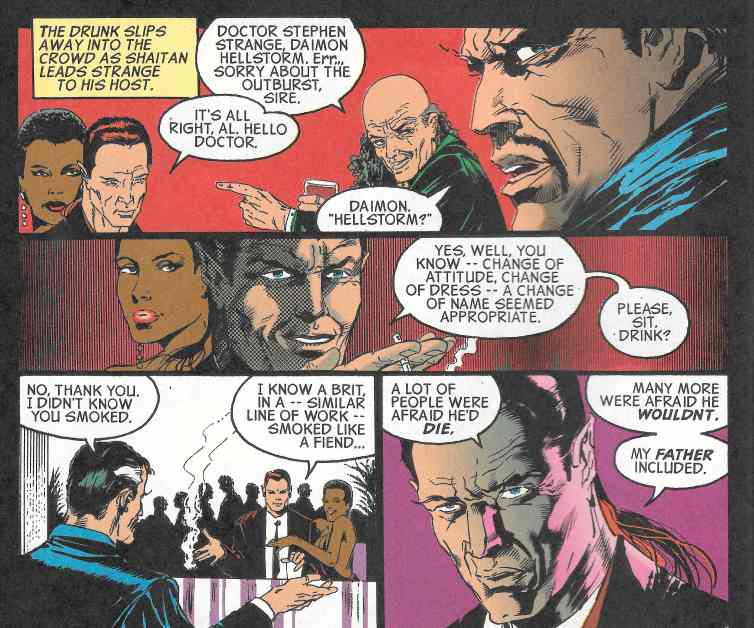 Later in the same issue, I swear there’s an appearance by Constantine himself… 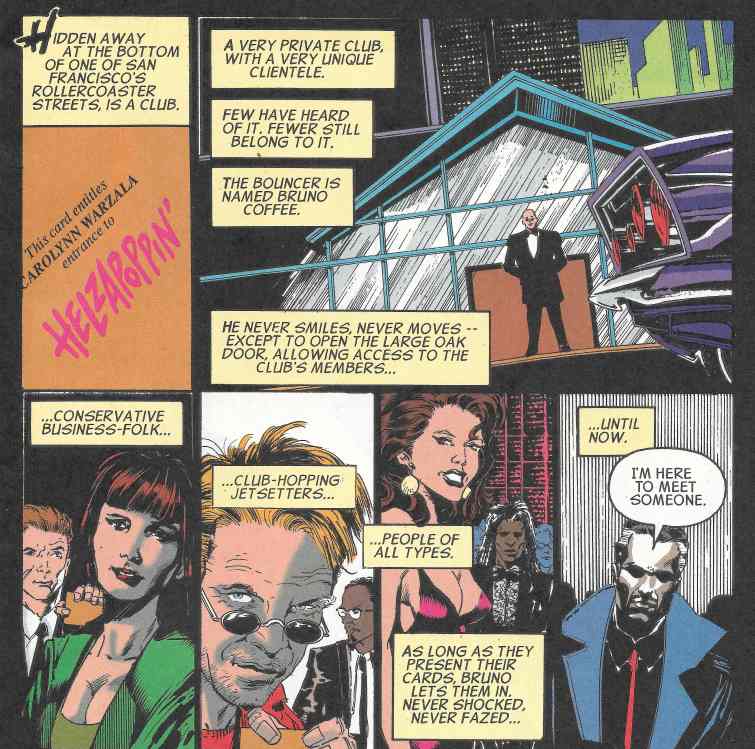 The guy with the glasses.  That’s him right?  I mean, here’s what he looked like in his own book: 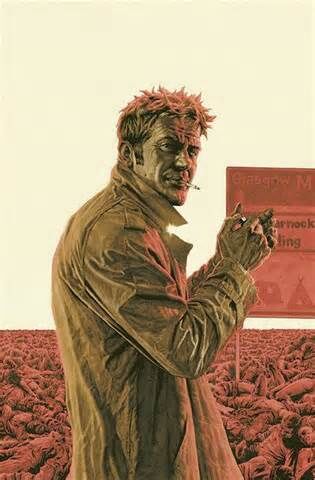 Anyway, the story also recaps (and recasts) Damon’s past, including his time on The Defenders with Dr. Strange, and explains that there is no true “Satan”–just a bunch of pan dimensional dieties. 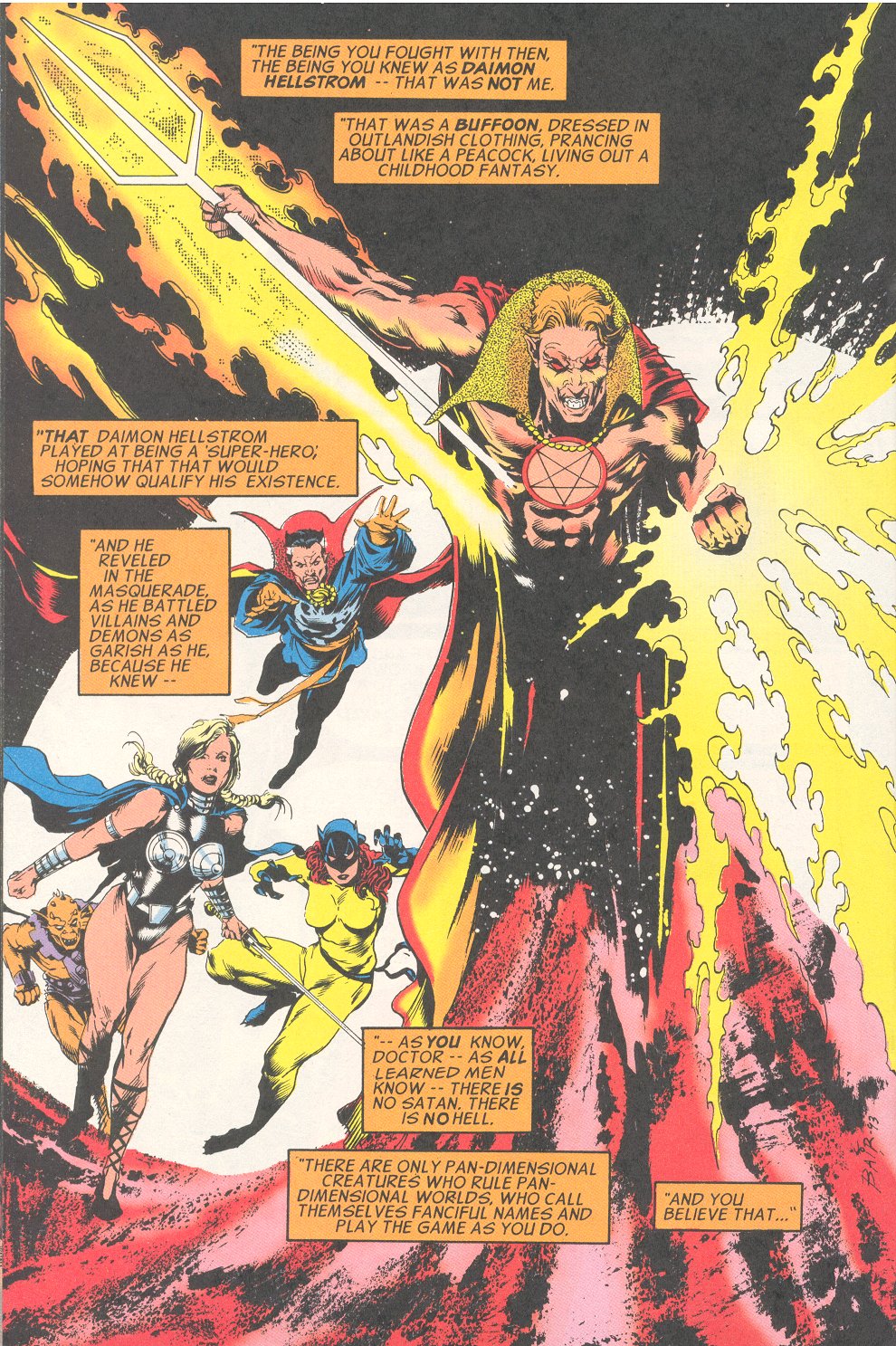 One thing he doesn’t do, though, is explain what happened with his marriage to Hellcat–and Strange says that Patsy is missing.

Then we get a visit with Gargoyle. 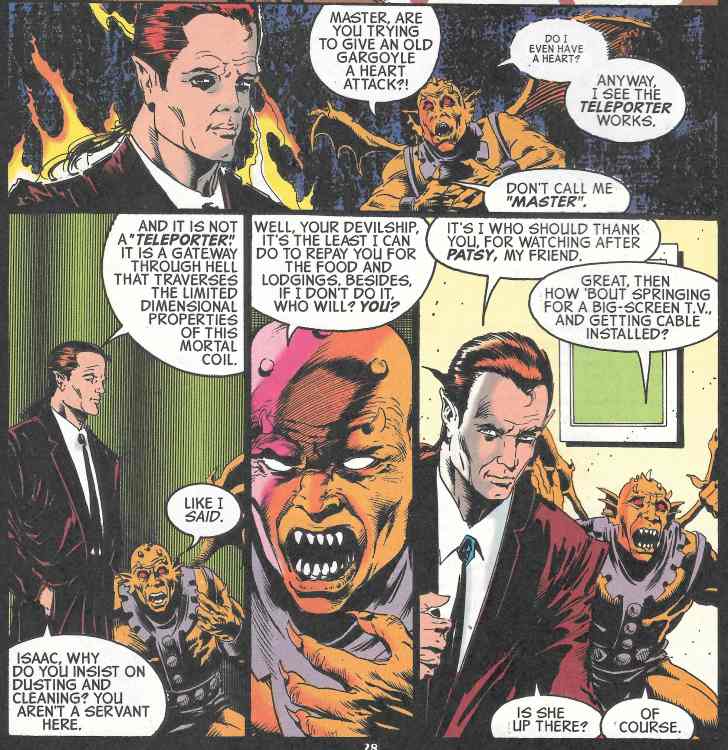 And he’s referring to Damon as “master.”  And issue #2 closes with a damn creepy picture of what’s happened to Patsy Walker. 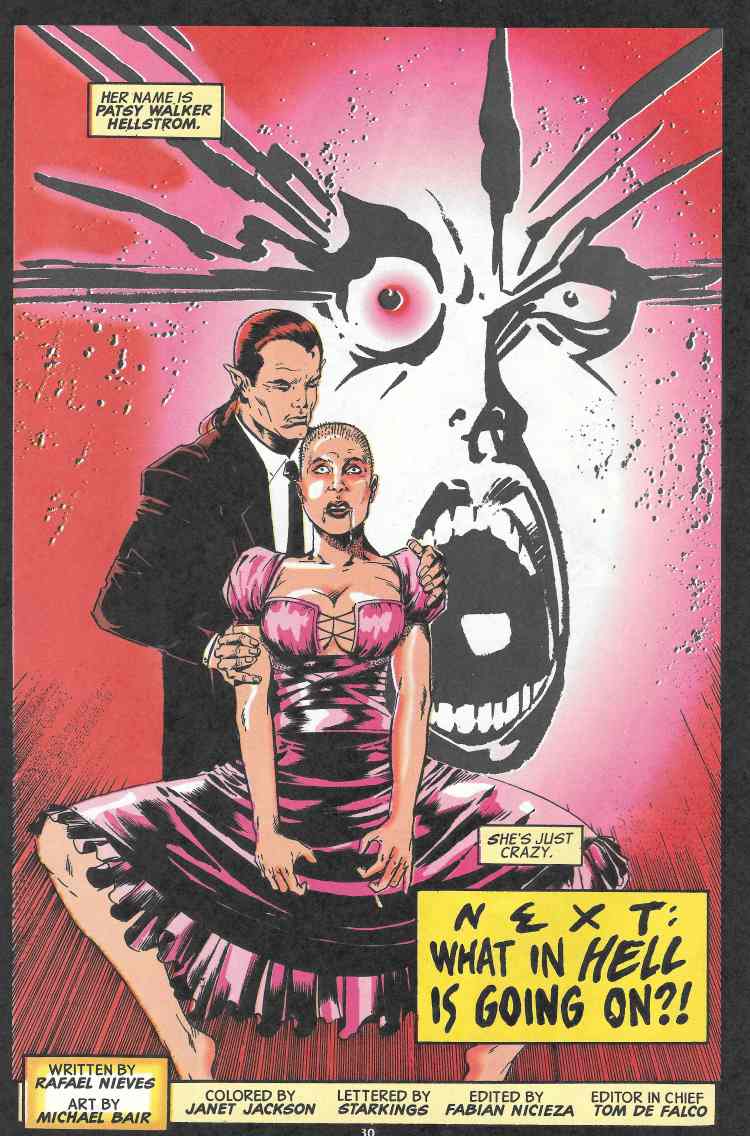 Issue #3 “explains” it all with a lot more retconning and recapping, and basically what happened was that Damon gave up his connection to Satan, which meant he also gave up his powers, but in so doing, he started to die because he’s not human and needs his demonic connection.  So Patsy made a deal with the devil, trading her sanity for her husband’s life.

Creators: Raphael Nieves and Michael Blair
Grade: C+.  I’m finding this a pretty decent 1990s reboot of a character from the ’80s, modernizing him for a saavier, older readership.