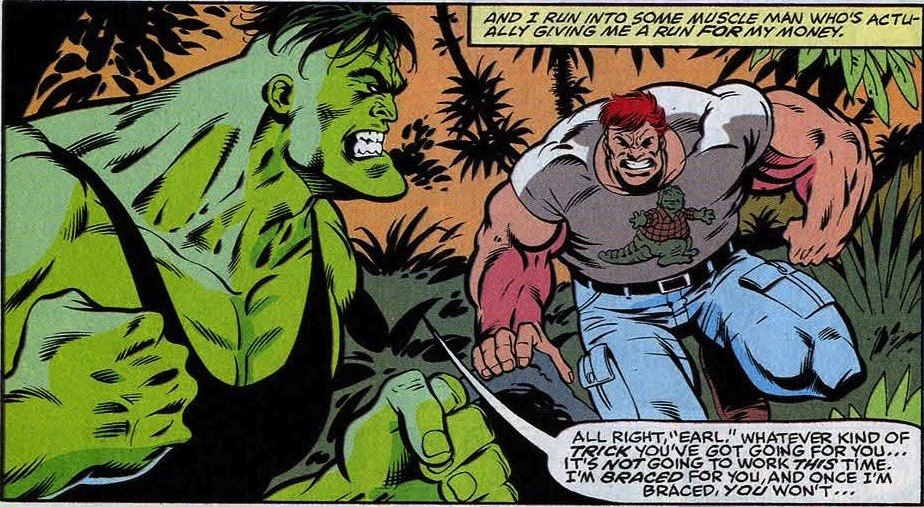 And as part of his job as the leader of Pantheon, the Gods Who Protect Earth From Earthlings, Hulk investigates deforestation and finds Juggernaut, who is working for Red Skull and wearing a T-Shirt of a T-Rex in flannel.  Nice. 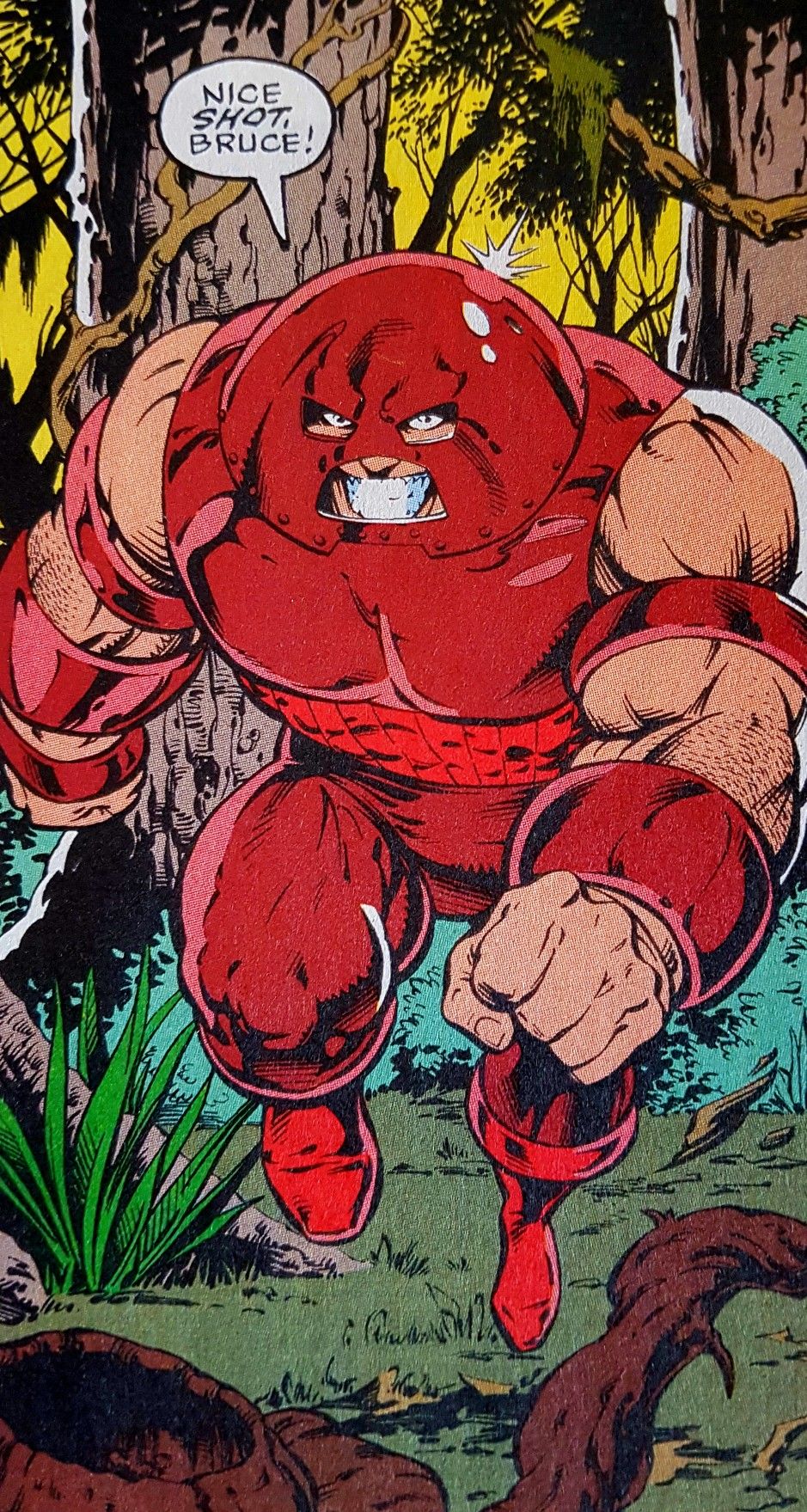 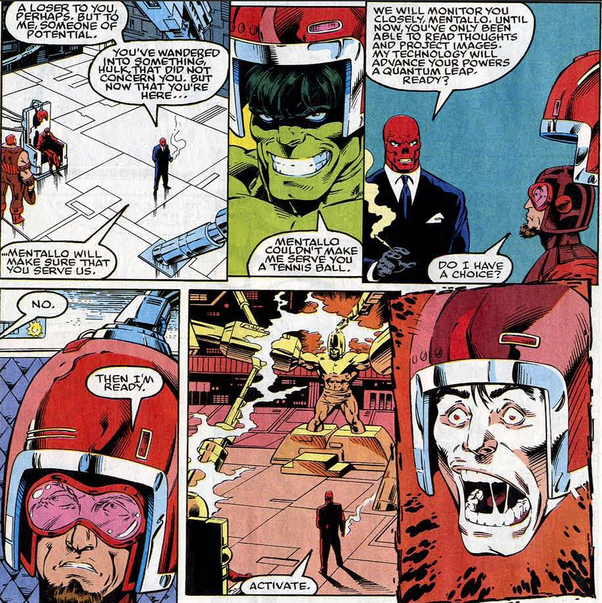 Juggy and Skull take Hulk prisoner and Mentallo, also working for Red Skull, tries to hypnotize Hulk into working for them. That’s where some his child abuse memories break free, and we learn that Daddy Banner killed Mommy Banner, and young Bruce testified at his dad’s trial, where he lied to defend his father.  Eventually, some Avengers show up to free Hulk. 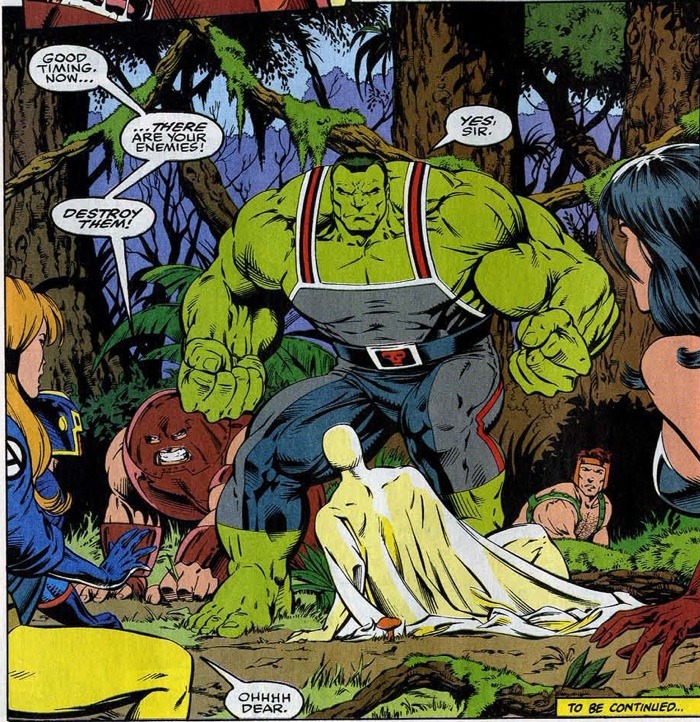 And of course they have to fight him at first because of the Mentallo mind control thing. 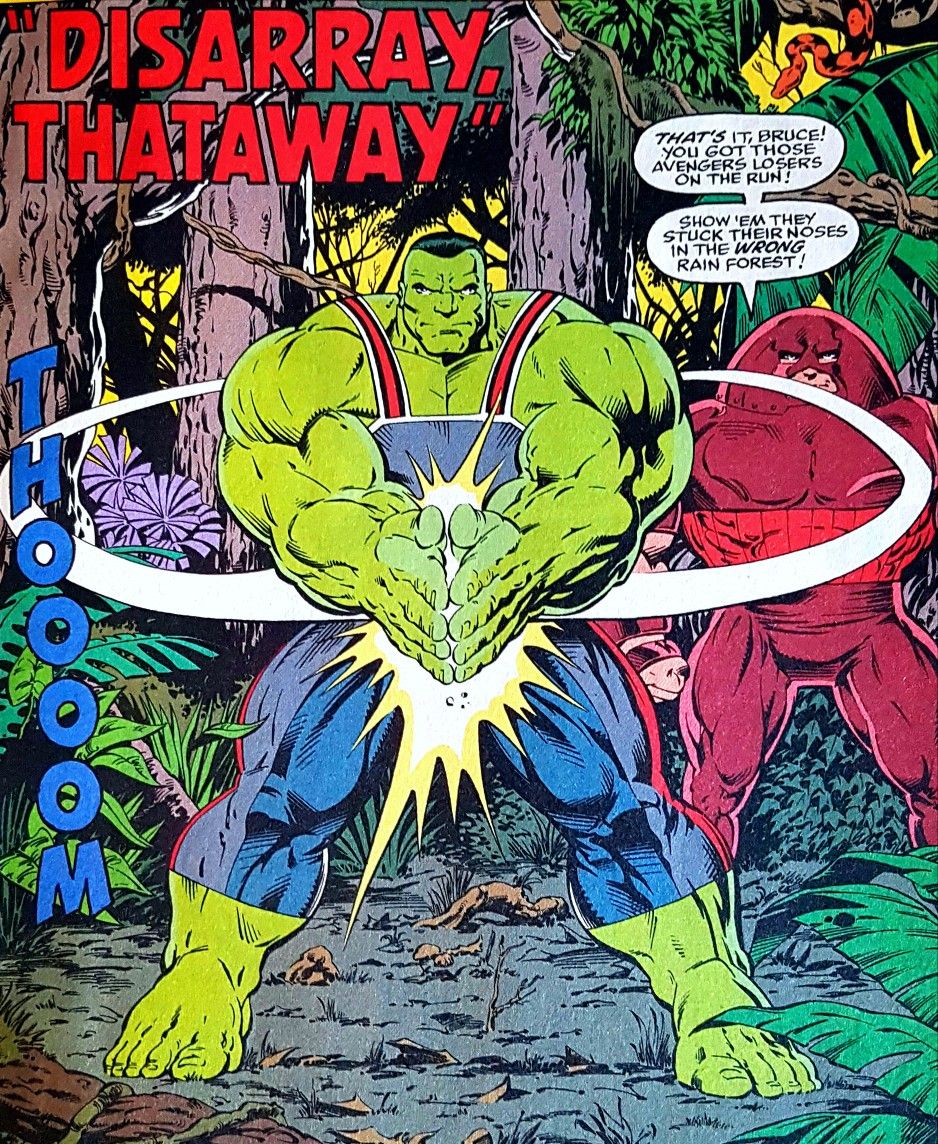 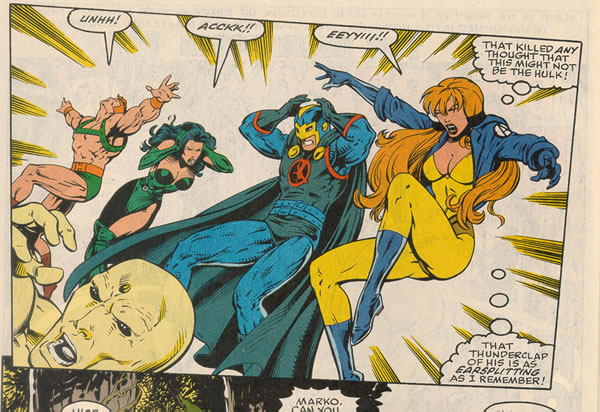 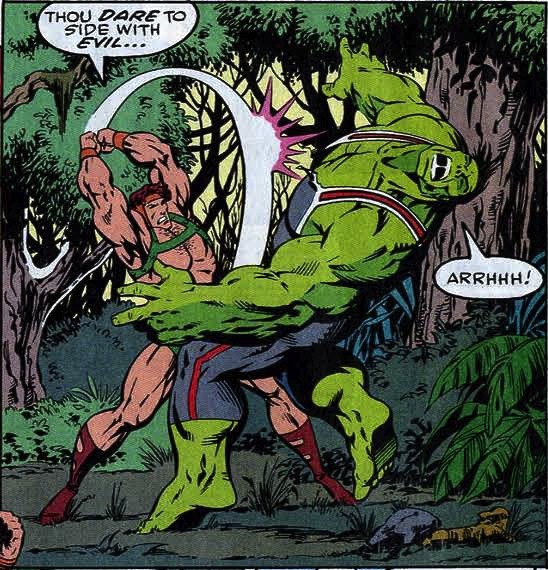 Of course, Hulk eventually gets freed and he and the other heroes smash up Red Skull’s base, which housed his ally Silvermane,  Silvermane doesn’t have much to do in this story, and he evades capture.

Meanwhile, Marlo is still catatonic, and Doc Samson tries to help her.

Also, the art chores are passed to the great Gary Frank.  Peter David worked with some wonderful pencilers on his run.

Creators: Peter David, with art by Jan Duursema and Gary Frank
Grade: B