The story that ties these two issues together is about Captain America.  Cap stops an assassination of a foreign spiritual leader with Frog-Man’s “help.”  After rejecting a partnership, Frog-Man shows some detective skills and runs down the attempted assassin, figuring out that the guy Cap saved is actually the old Iron Man villain Yellow Claw.

Froggy gets captured, and so does Cap.  Froggy’s dad—who was the villain Leap-Frog—gets in touch with Spider-Man (strange how he can do that), who in turn recruits Human Torch, Angel, and Iceman to free Frog-Man. 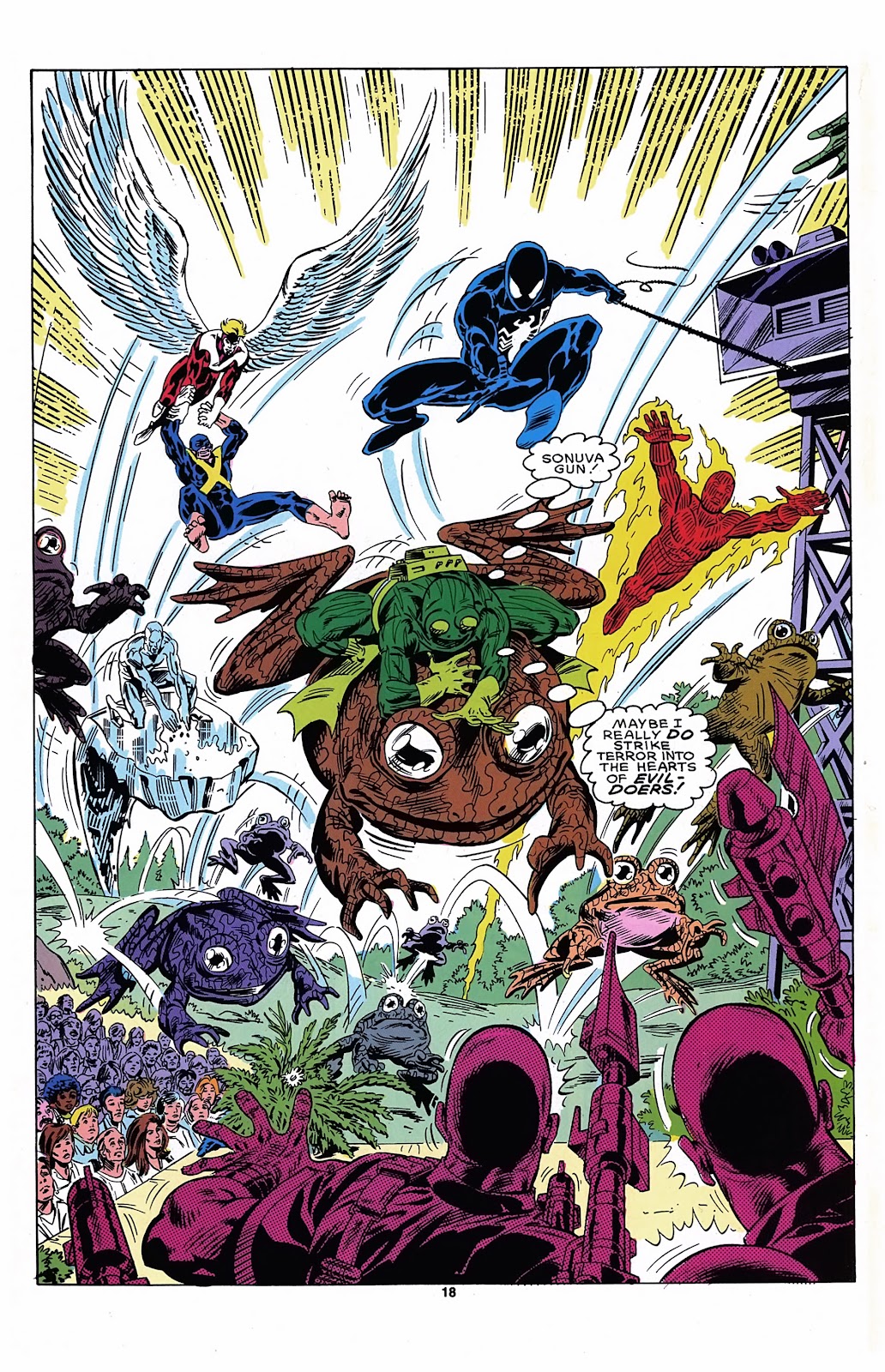 The assembled heroes, along with some giant frogs who are friends of Frog-Man, then go to save Captain America.

It’s a fun little jaunt.  Strange that only Cap was featured on the covers of both issues, given the number of guest stars.

Issue #31’s second and third features are short stories about Dr. Strange and Daredevil.  They’re fine—but there’s not a lot one can do in a few pages.  The DD one is especially interesting because it’s by Norm Breyfogle, who I’ve always admired.  Daredevil stops a bank robbery/hostage situation.  I like that panel of him smashing through the window.

The back-up in issue #32 is much darker—Vision teams up with Daily Bugle reporter to track down a person who is killing homeless people. 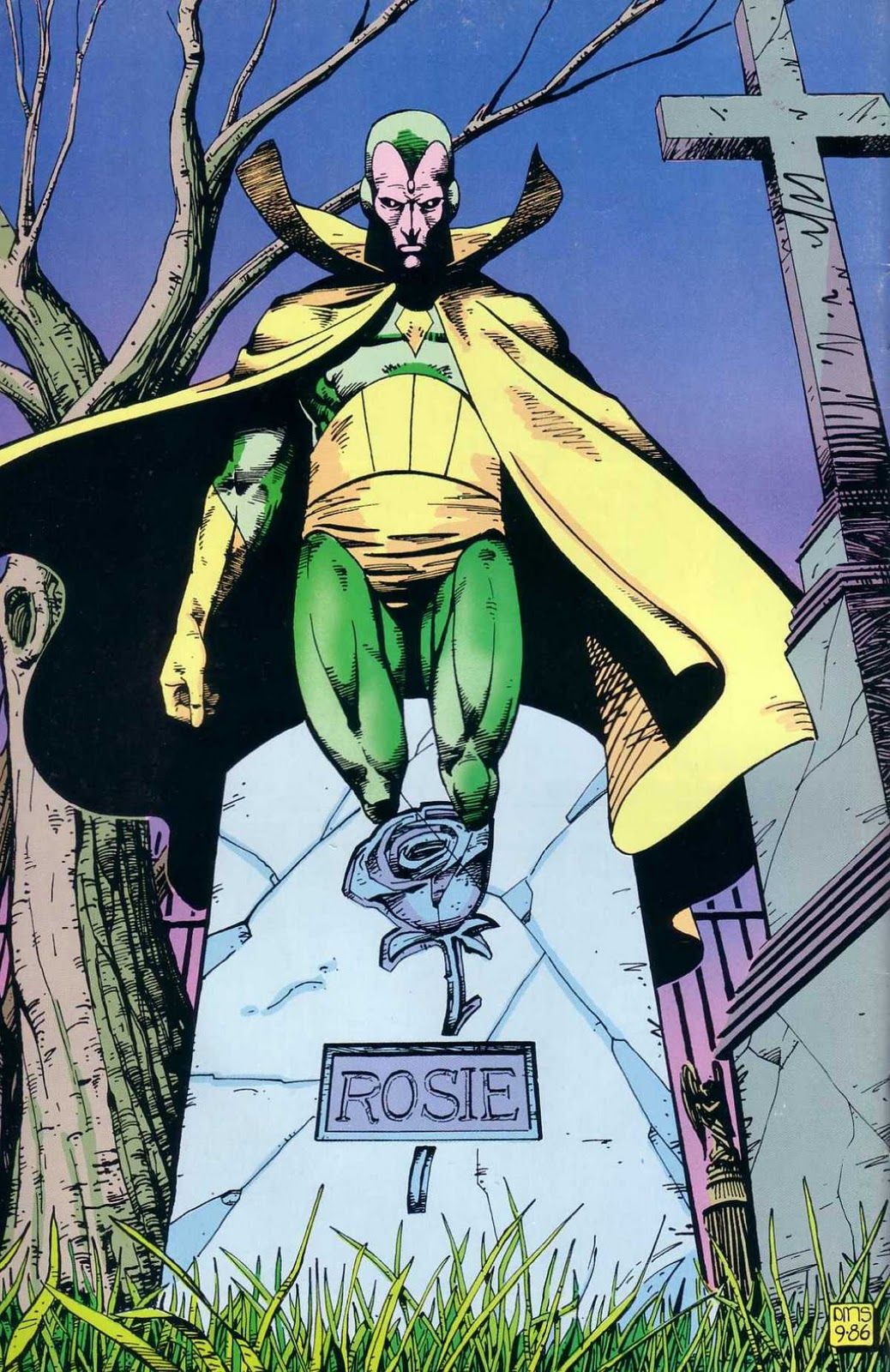 I think Urich might be the only person in comics still smoking in 1986.  Even Nick Fury’s cigar seems to be nonexistent.  I guess there’s Wolverine.  And Thing when he’s playing poker. Anyway, the art is great and the ending is really cool: Vision chases the killer into a subway tunnel, a train comes, and Vision phases through it—letting the villain die.  Vision could have saved the guy, so I’m calling this a kill by a superhero. 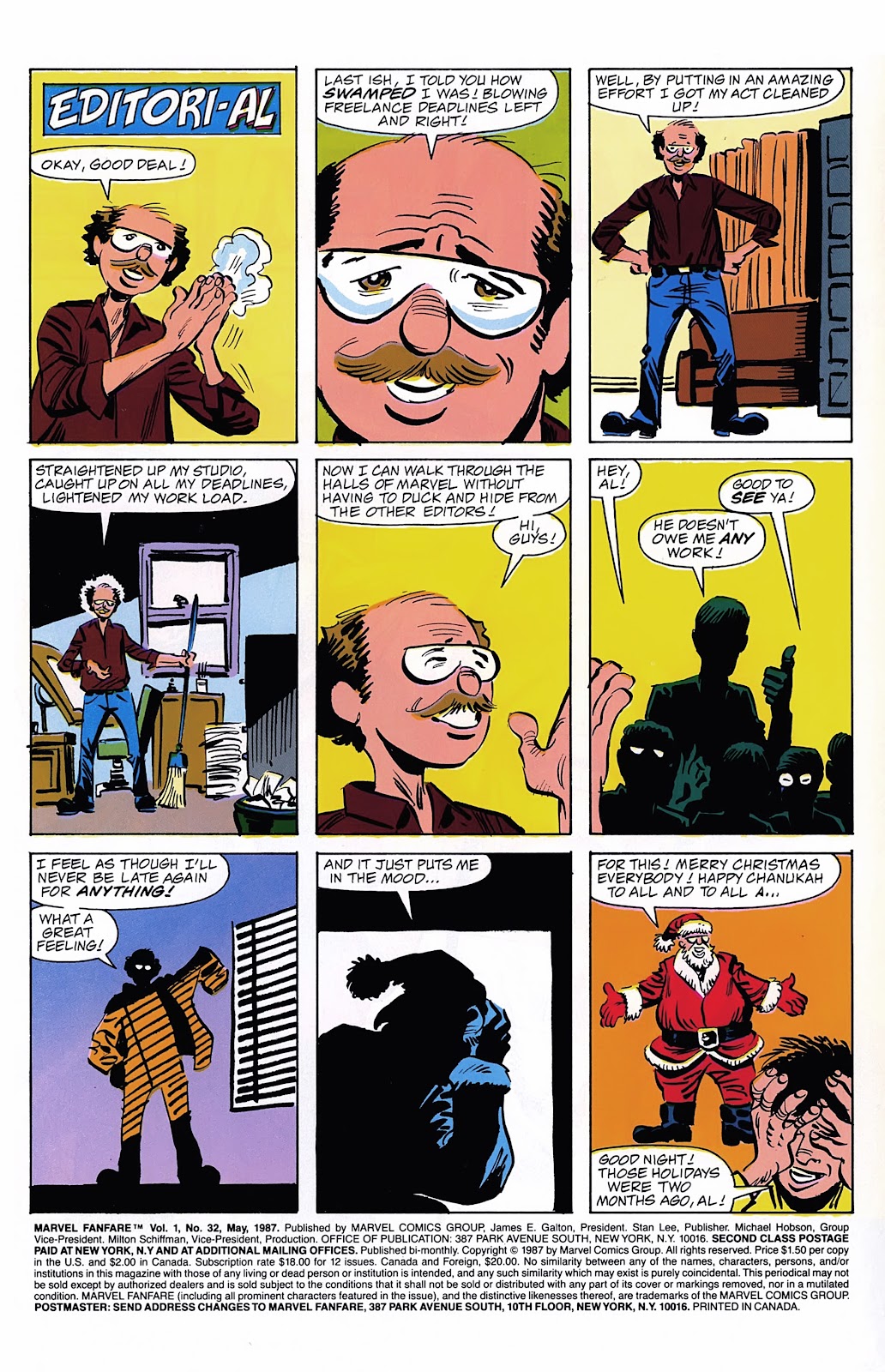