First appearance of Yellow Jacket, from Avengers #59 by Roy Thomas and John Buscema.

This is a story I wish had been longer.  Much longer.  Like I wish it had taken a year to tell.

But compressed stories were the way of the 1960s.

A mysterious man shows up at Avengers mansion acting like a real dick, and he calls himself Yellow Jacket.  Reading it now, knowing who he is, it’s not a shocker–but they don’t do a big reveal at first…I wonder if readers at the time could tell it was Hank underneath that gaudy yellow costume?

Anyway, the guy is abusive as hell.  He ties up Jarvis.  And of course that’s nothing compared to how he treats Janet Van Dyne. This story isn’t really developed well until 150 issues later when he starts abusing Jan again, and is ultimately court martialed from The Avengers.  I’m pretty sure that the folks at Marvel didn’t realize what a controversial story this was–and the fact that it wasn’t controversial when it came out shows how far our societal understanding of abusive relationships has come since then. The fun continues in part two: The big wedding issue, in which Hank Pym loses his mind, takes on a new identity, Wasp doesn’t know it’s him, and she tricks him into marrying her.  And you know what happens at comic book weddings, right? 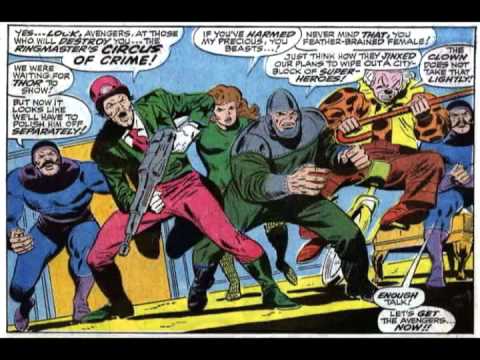 But really, the Circus is no match for The Avengers.

And there’s lots of cameos.

That’s a weird page.  Why are the X-Men only talking with each other (and where’s Cyclops)?  Why is Thing so glum?  And why is Dr. Strange drinking nonalcoholic punch out of a martini glass?

Anyway, here’s Wasp in her dress.

And here’s the wedding…

It’s all extremely odd–and way too compressed.  And the ending has a bit of a cop out, when Hank Pym says he was accidentally affected by some chemicals in the lab that made him temporarily schizophrenic and create the Yellow Jacket identity. 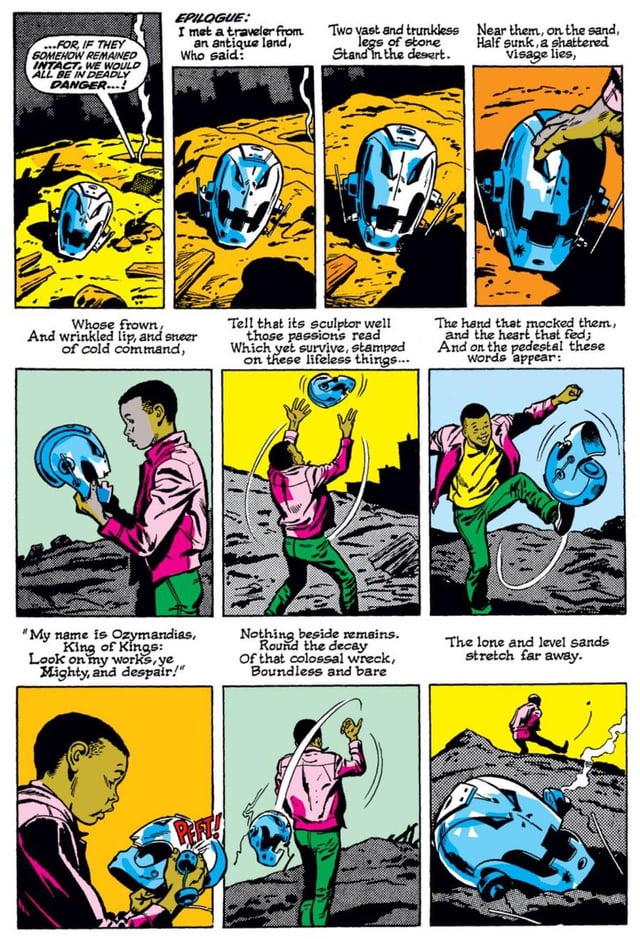 All this and Ultron gets beaten too!