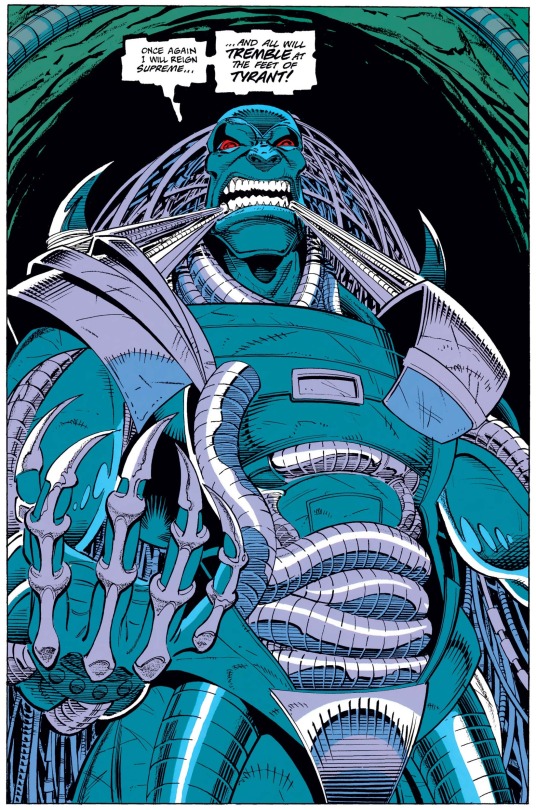 After a bunch of set-up issues, we get the main event: The introduction of a new, super-powerful villain name Tyrant.  It feels like an “important” introduction, but the character will return exactly one more time as part of the six-issue Cosmic Powers miniseries next year.  Ditto Ganymede, who gets cover billing on issue #81.  She’s part of a group that has been pursuing Tyrant, intent on killing him. 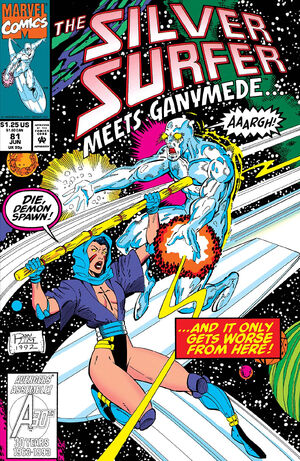 Surfer and a bunch of allies all fight Tyrant. 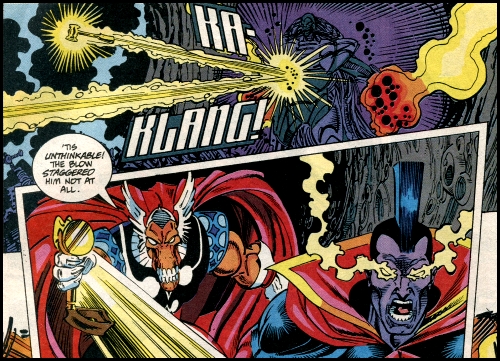 But they fail, and Tyrant captures them.  Jack of Hearts then frees them all. 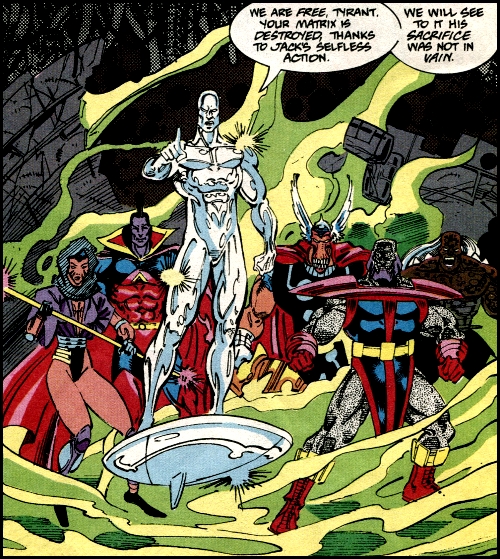 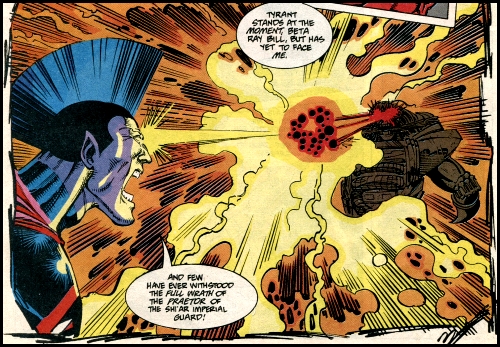 Also Drax and Morg are there, but they don’t help.  They’re too busy fighting each other. 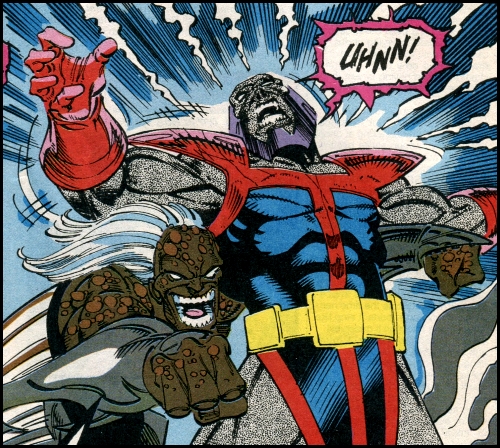 Turns out, Tyrant wants Morg to avenge actions Morg took as herald of Galactus.  Galactus, who shows up at the end, also wants Morg–to be his herald again–but in an uncharacteristic move, he decides not to force the issue and turns Morg over to Tyrant. Not a great ending, but there it is. Most of these issues are spent with lots of fighting, which is always fun.