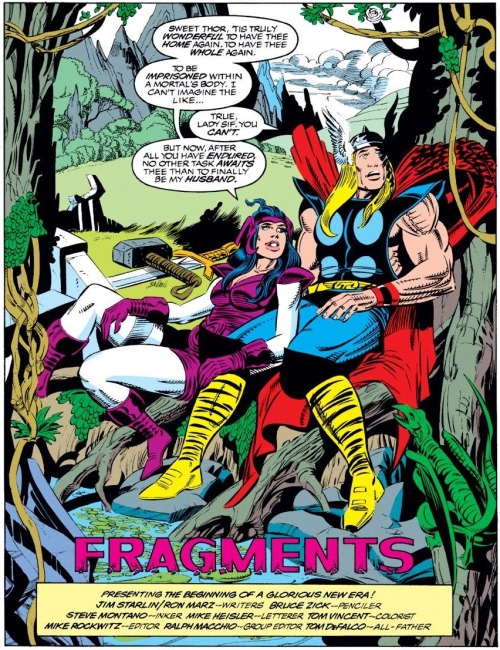 Look!  Jim Starlin is writing Thor!  Don’t get excited–he won’t be here long.  But he is here long enough to send Thor out into space.  And it’s the real Thor.

He’s upset at having spent so much time in a trash bag held by Mephisto while Eric Masterson ran around looking like him, so Real Thor dumps Sif and goes off into space, abandoning Asgard as he believes it abandoned him. Meanwhile, in a back-up story, Morg returns and tries to lift Stormbreaker.  Along with a bunch of other aliens. 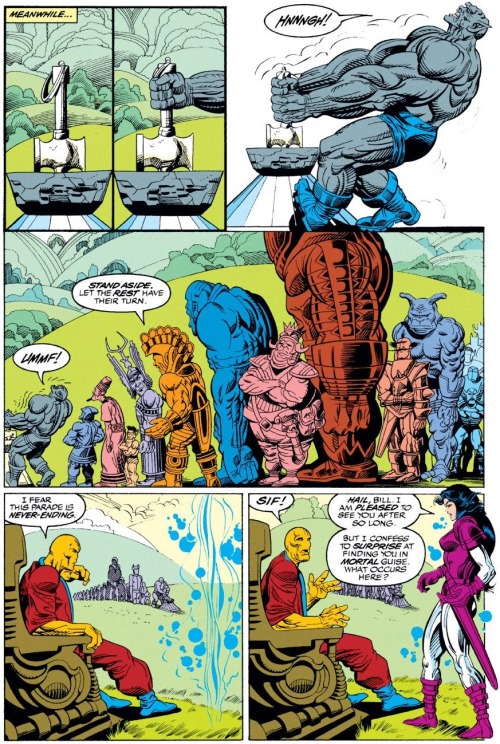 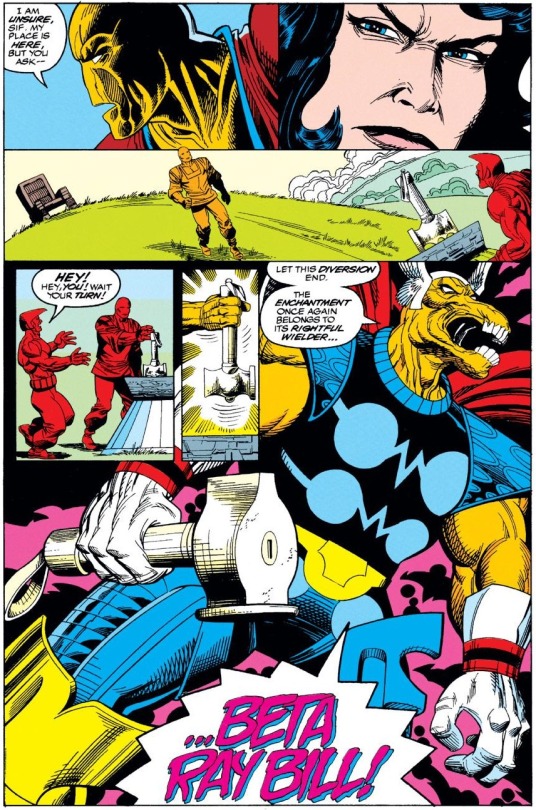 Sif convinces Beta Ray to return and help Thor, which he does–Thor is having hallucinations and stuff.   So they fight. 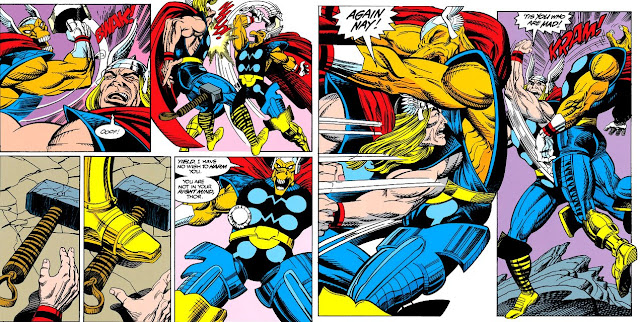 Thor hits Bill on the head, which looks pretty painful.

But in the end, when the delusions clear, Thor still rejects Sif needing time to re-find himself out in space and setting it up so that Eric Masterson can continue as Earth’s Thor.

The Bill story continues in Silver Surfer #79, which starts with Surfer having a little meet-up with Captain Atlas and Doctor Minerva. 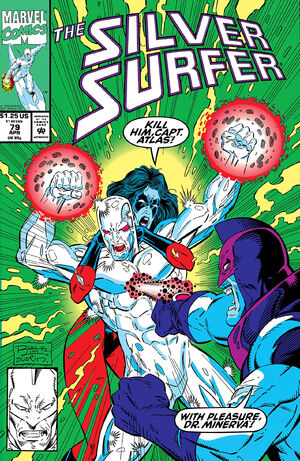 After a bunch of interconnected stories that largely tied to Infinity-based events, these issues feel a bit like filler or set-up for something else to come.  Bill barely appears in this issue, despite that Thor #461 refers us to Silver Surfer for more of Bill’s story.

It’s really with Surfer #80 that the Bill story connects up with Silver Surfer.

Creators: Jim Starlin writes the Thor issues with Ron Marz, which is drawn by Bruce Zick.  Marz also writes the Surfer issue, with art by the great Ron Lim.
Grade: C+.  These are all really set-up issues, but they’re good.