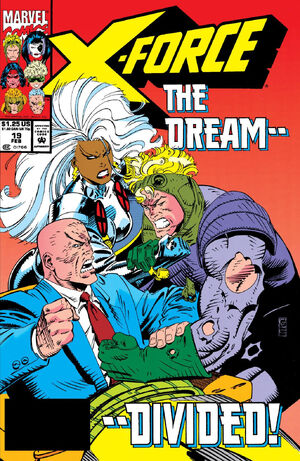 Most of the Hellions died during the X-Ecutioners Song event, but remember that Warpath and Firestar were part of the original team?  In this issue, Warpath and fellow X-Force member Cannonball call on Firestar to go tell the other surviving teammates (Magma and Empath) how the team was killed.  That means a trip to the frozen-in-time world of Nova Roma, located in South America. When they get there, they see that Empath has used his powers to take over Nova Roma and basically enslave Magma.

This could have been a neat little story, but it turns into a retcon.  All along, Nova Roma has been mind-controlled by Selene.  Like, since we first saw the place way back in the 1980s when Magma first appeared in the pages of New Mutants.  And Magma’s not even the daughter of the Nova Roman “emperor.”  Empath realized all this when he arrived, and took advantage as Selene’s magic spell wore off.  Once he is defeated, Magma agrees to stay behind and help the citizens of Nova Roma recover from years of mind-enslavement.

I’m not sure a major retcon was needed to accomplish having Magma basically be the leader of Nova Roma, but it’s a fun little one-off.  And in the end… New Warriors #31 doesn’t directly crossover with X-Force #19, but both are written by Fabian Nicieza, and they compliment each other well.  Cannonball is out with Warpath, away from his team, in the New Warriors story, and the X-Force issue is largely a character study showing how Cannonball is kind of sick of Professor X, who promised to mentor the New Mutants but then left them with Magneto, who died.  Then Cable was their mentor, and he also “died” in X-Ecutioner’s song. 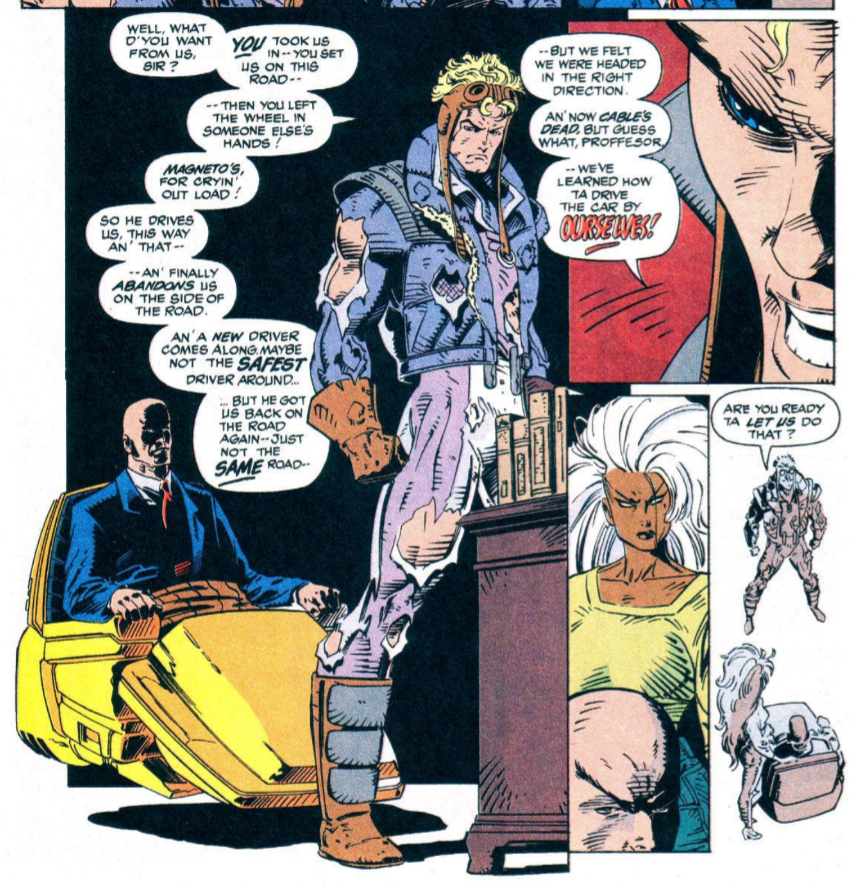 I mean, read what he says there.  He’s not wrong.

Also in parallel to the New Warriors story, someone gets a new costume…