Jim Starlin, are you even trying anymore?  Having sold paper with Infinity War, he moves on to basically the same exact story except this time it’s against “Goddess,” who is the opposite of Magus.  Issue #1 is basically one long “assemble the heroes” issue, with page after page of this kind of thing… Then it’s hero vs hero, and pretty generic.  The battle is so huge, some of the heroes flee Earth on spaceships.

And some go to the moon. 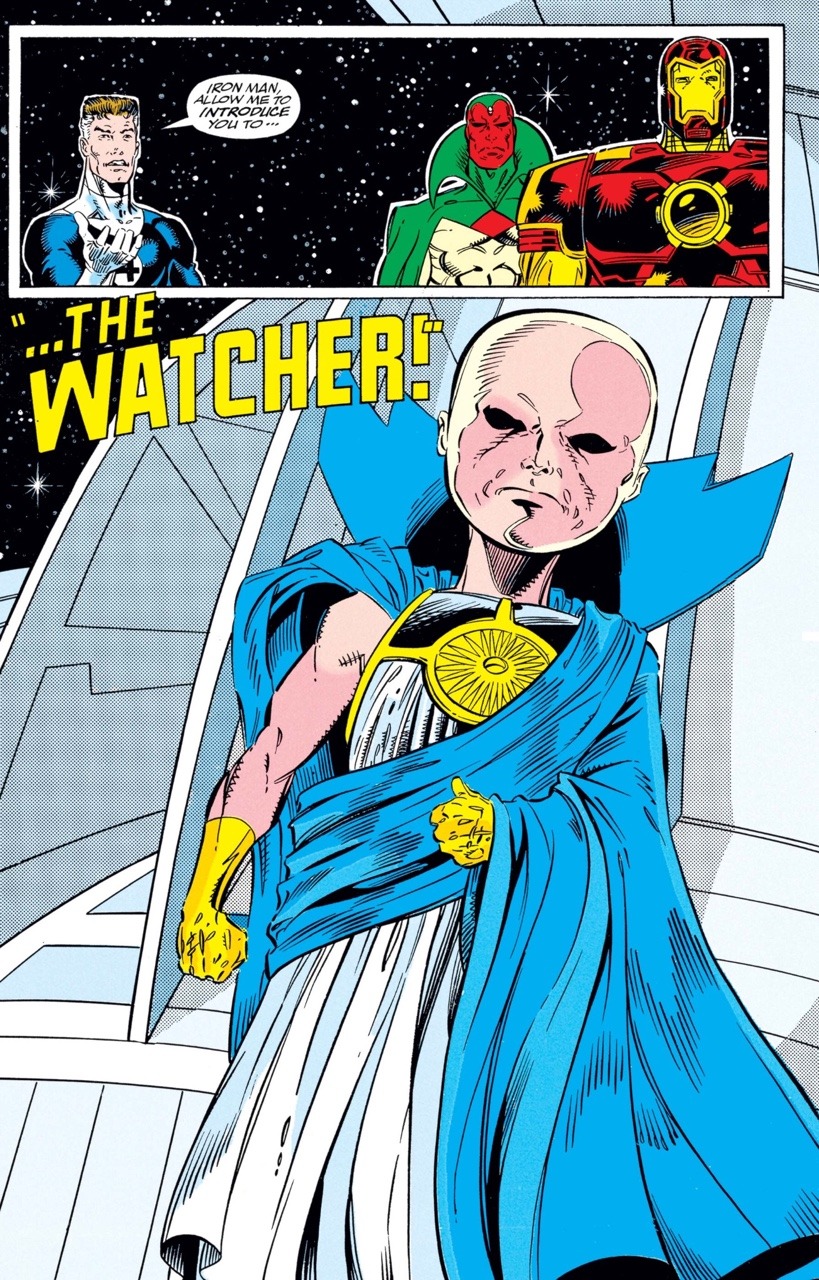 And still others get mega-power upgrades. 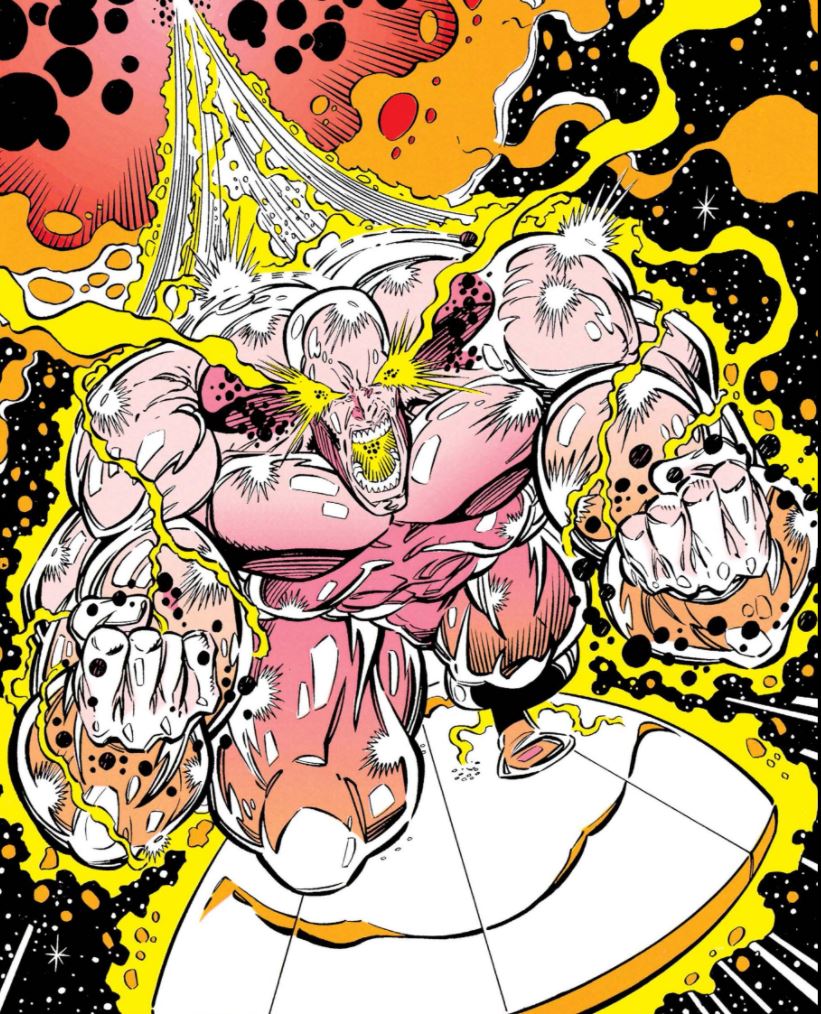 Starlin’s humor does appear at some points.

Especially in this reference to indie comics hero The Badger, sometimes accused of being a knock off of Wolverine. 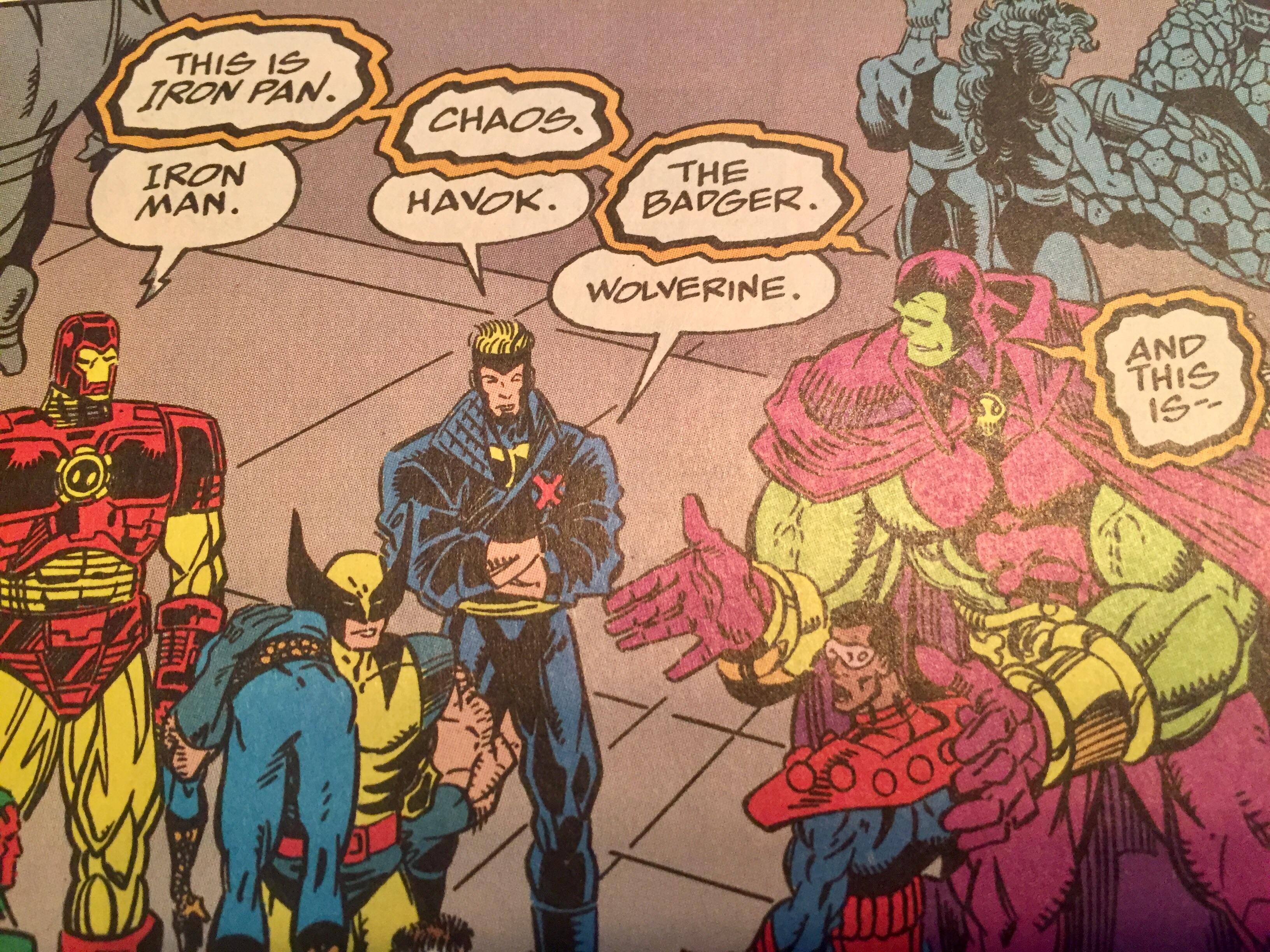 And there are glimpses of his great character work on cosmic characters. 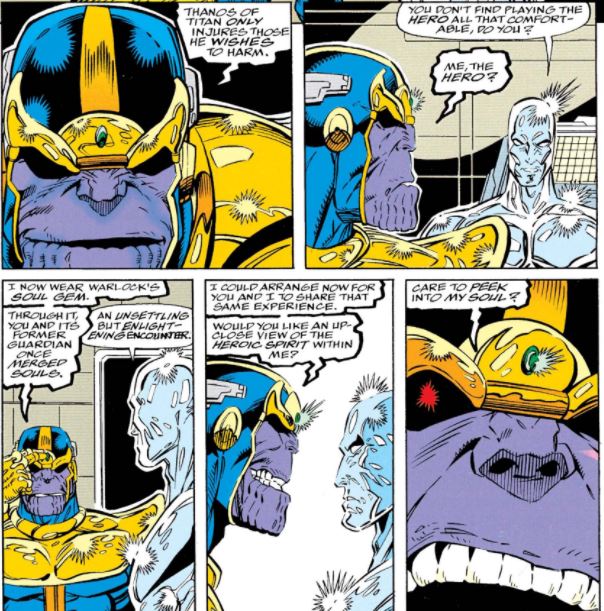 But overall this is far from his best work.

Eventually the senseless internal fighting is brought to a halt. Indeed.  I just can’t feature a post a day on this horrendously bad cash-grab of an “event.”  It’s just terrible.  Everyone is in it, nobody acts in character, and there’s a spaceship that looks like an electric shaver. And in the end…

This would be Starlin’s farewell to the character for a long time.  Ron Martz, who seemed to write just about every 1990s Marvel comic, would take over the cosmic line and run it into the ground…Fast.

Lasting effects: The Goddess is absorbed into the Soul Gem.  Thanos and Mephisto’s alliance ends.  And the entire story is “undone” magically by the Infinity Gems.