Marvel is trying hard to let people know that there’s a new crew working this book, so they tie-in with X-Factor.  It’s kind of funny to think that a Todd McFarlane book needed a sales boost, but remember, this was back before he was THE Todd McFarlane. 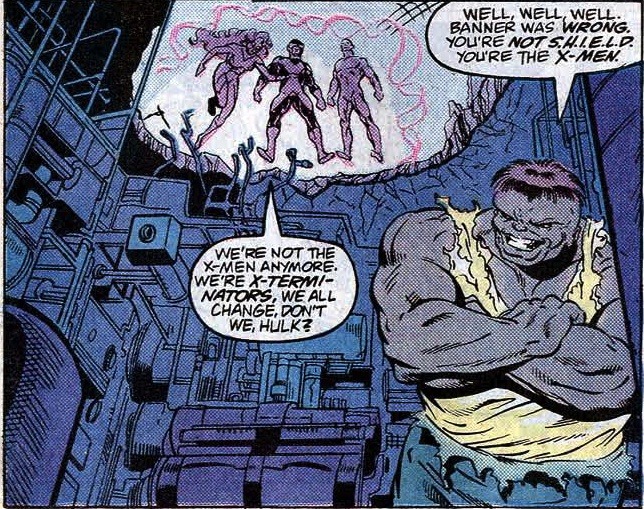 Anyway, the mutant “hunting” (undercover helping) team of X-Factor are called in when Bruce Banner is spotted in a small town.  Hulk’s not a mutant, but they come in anyway and there’s a fun fight.  They come at him in their X-Terminator outfits, but Hulk doesn’t appear at all threatened.  I love how McFarlane draws him like he’s just some kind of dumb jock bully.  Love that grin.

They capture Hulk by encasing him in ice, and then call SHIELD.  The Hulkbusters and SHIELD simply want to execute Banner,

Or at least most of them do.

The whole gang bring the Hulkcicle back to Gamma Base, where he escapes and starts kicking ass. At this point, Hulk reveals that he knows a faction of SHIELD and some of the Hulkbusters have developed gamma bombs and are trying to kill him, and Doc Samson, Rick Jones, and X-Factor decide that’s going to far and help him escape.

I find it strange that Hulk keeps getting forgiven for his past misbehaviors, which have caused untold wanton death and destruction.  Betty doesn’t forgive him, though, and she runs off at the end of these issues.

I think this is Peter David’s first time writing X-Factor, a book he’ll take over in the 1990s and have a very long, extremely excellent run with.  He’s always good at character work. 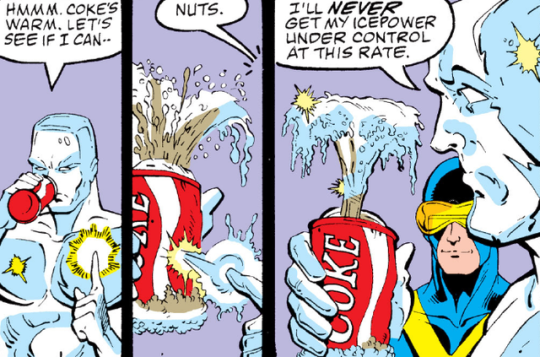