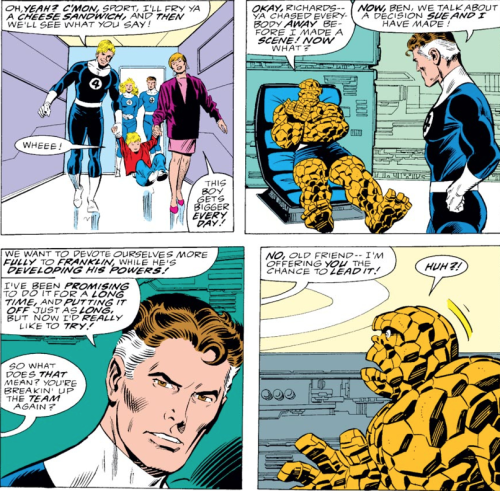 A new writer, and a new direction.  Reed and Sue will quit and Thing will take over as leader, despite that he’s still mad at Johnny Storm for taking his girl, Alicia. Also, because the new writer is Steve  Englehart, a loose end from the Vision and Scarlet Witch maxi-series gets tacked in.  Quicksilver Is still angry that Crystal cheated on him, and he’s gone a bit…Nuts.  He blames Human Torch because he dated Crystal before Quicksilver.  No, that doesn’t make sense.  Like I said, he seems to be completely insane.