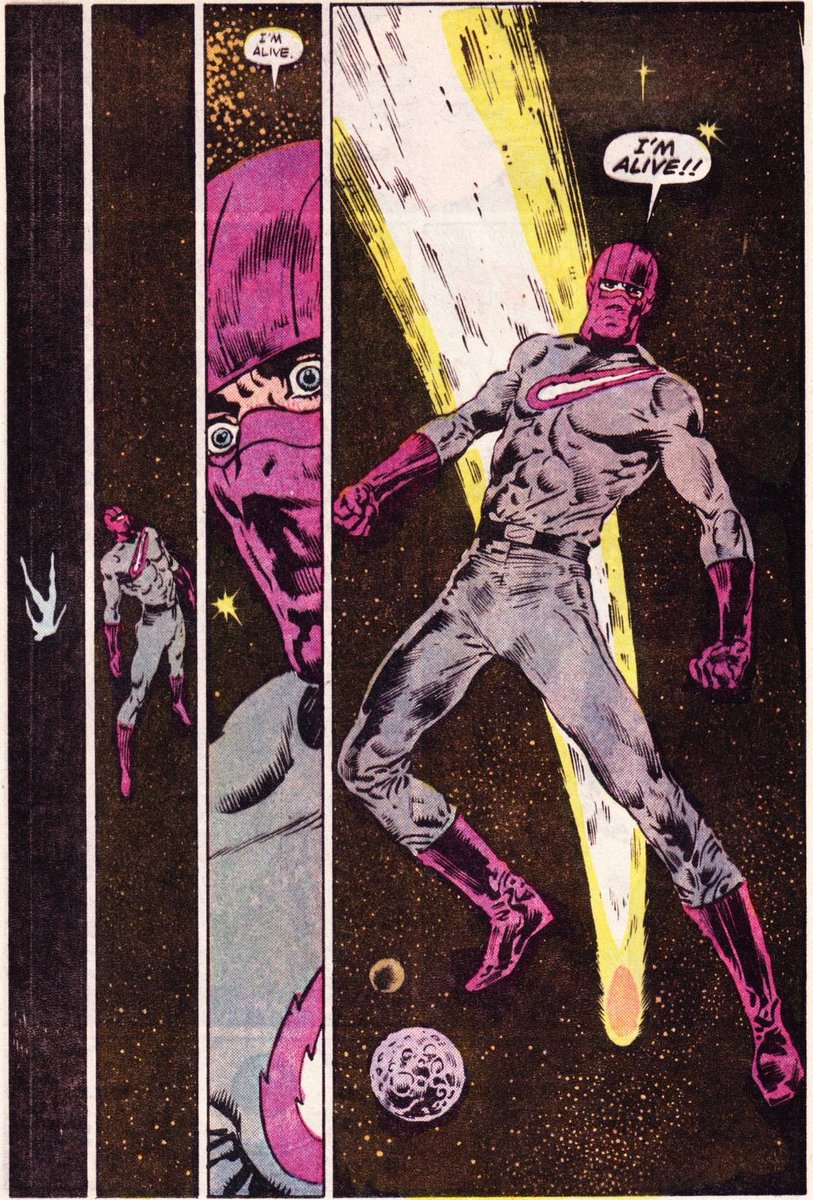 I’ve never heard of Comet Man.  And after this series, you’ll only hear of him twice again: In a Fantastic Four story and then in a Marvel Comics Presents arc in 1990.  Then nothing.

He’s an astronaut who gets powers from aliens who hide inside Hailey’s Comet, and really there’s no reason to think this is part of the greater Marvel Universe until halfway through when he punches The Hulk in the nose.

Thereafter are appearances by Mandroids, Nick Fury, and two current (and one former) members of the Fantastic Four, because anyone who can punch Hulk in the nose deserves some attention, right? 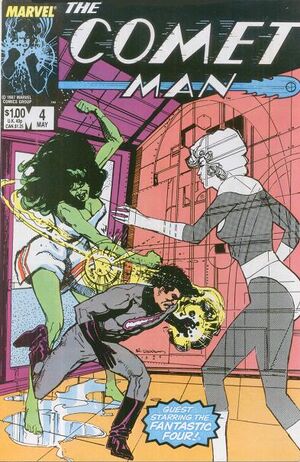 The art’s not bad, but this is not good comics. 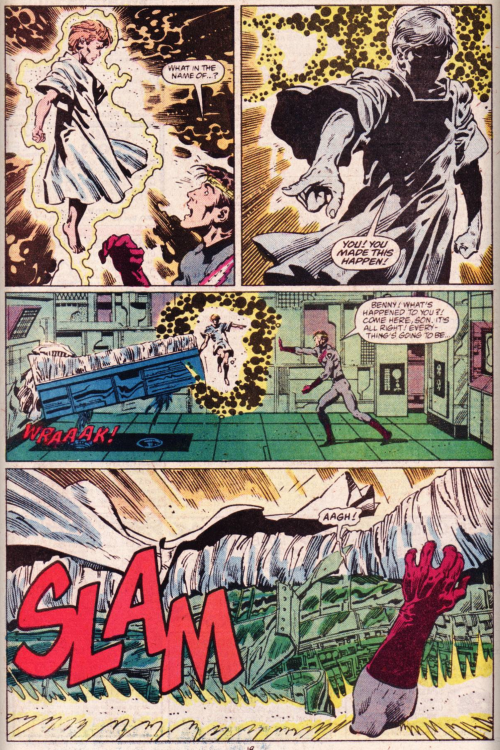 Despite a tribute to the Talking Heads. 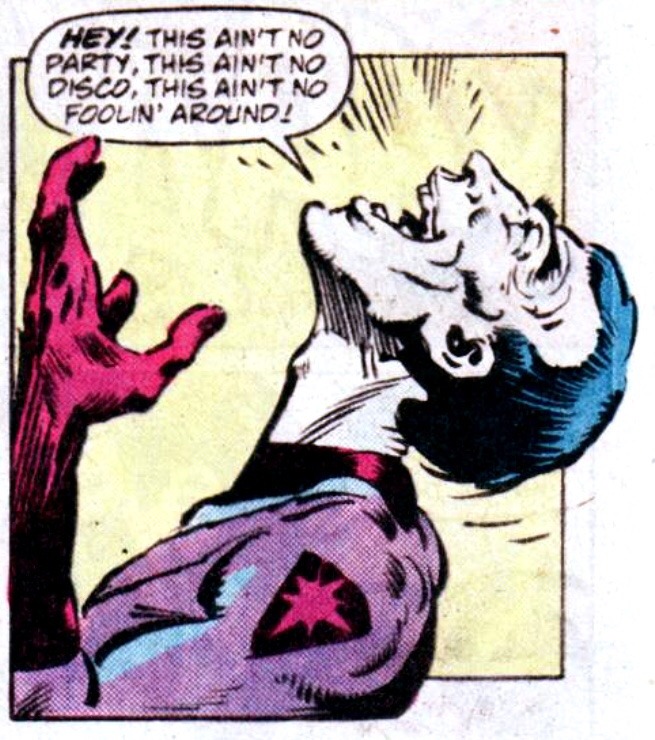 That’s Max, a character who seems to be to be a pretty obvious (and inferior) version of The Joker.  He loves music. 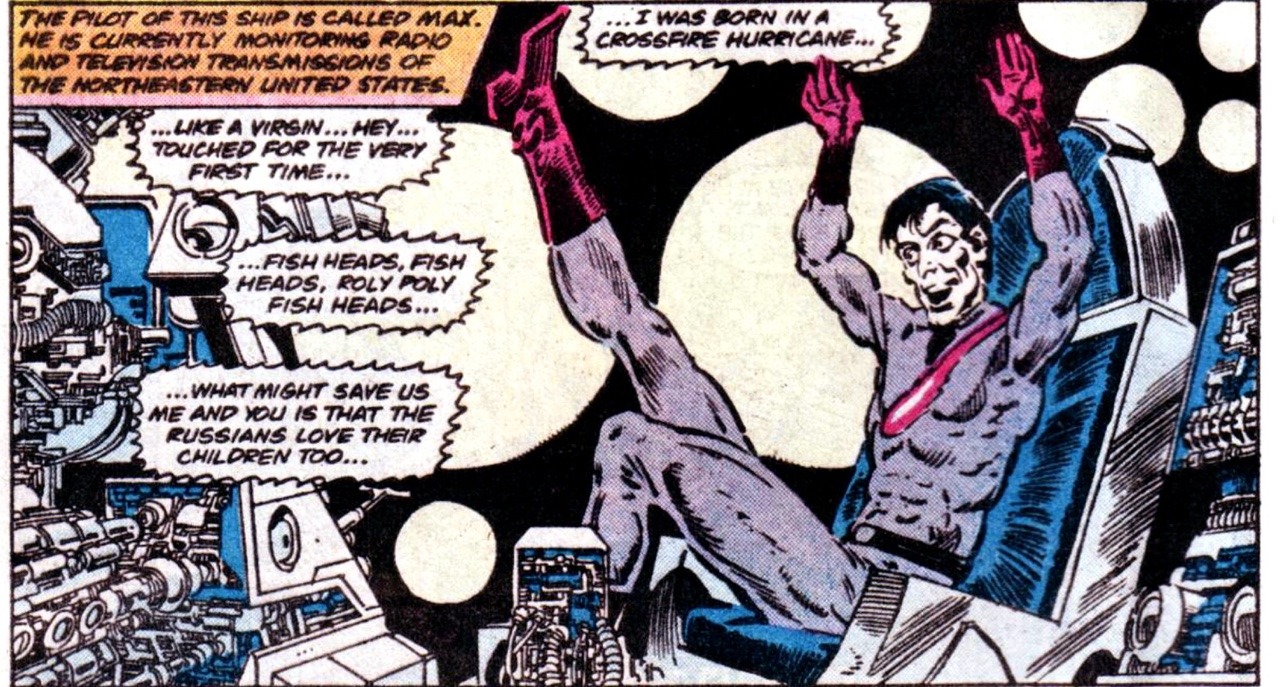