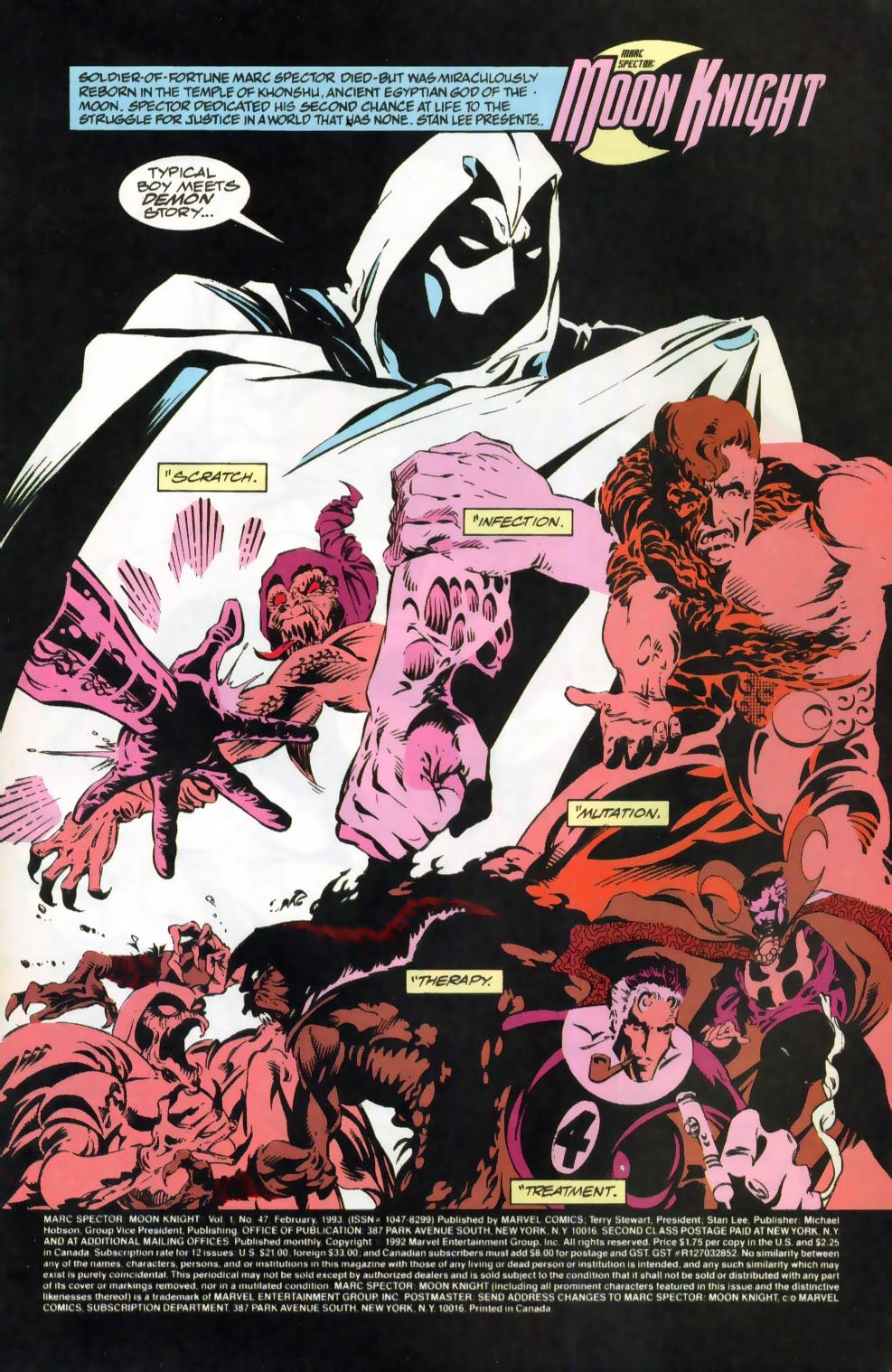 Last issue, as the splash page shows, Marc Spector got cured of a demon illness that was melting his body.

In these issues, he’s worried that the cure won’t stick, so he looks for a “legacy” replacement Moon Knight.  So, lots of cameos by Spider-Man, Gambit, Werewolf, etc. 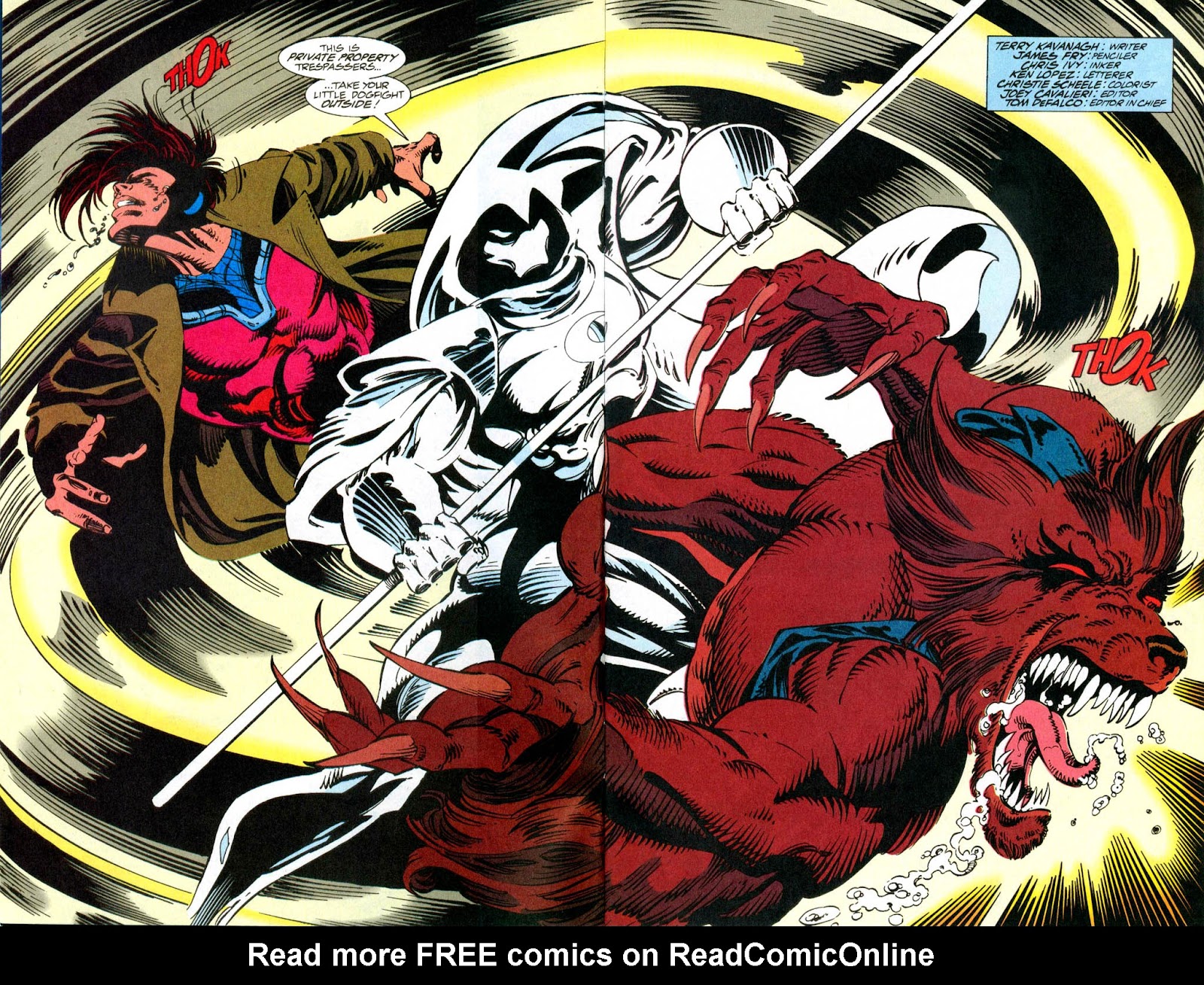 This might have been a cool idea if…Different people did it.

As he searches, Moon Knight burns his Avengers draft card. 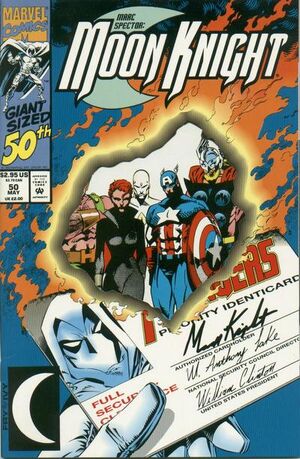 Along the way, a whole cavalcade of supernatural, demonic foes appear and are taken care of, as this comic moves from a street-level series to a Ghostbusters kind of thing, much like all of the books in the extended Ghost Rider family (Nightstalkers, Darkhold, etc.).  By the time we get to the end of these issues, there really aren’t many street-level books left at Marvel.

I was really tempted to block these issues all the way through to the end of this comic, because it never gets good again.  Moon Knight is a personal favorite character, and it kills me to see him so completely misshapen.