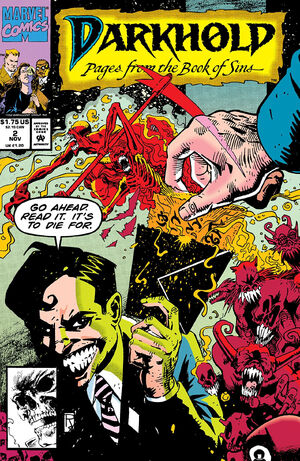 I think as a rule when you’re trying to launch a new series, it’s best to keep a consistent creative team in the beginning—to set the tone and establish why the book “matters.”  Sadly, we’ve got a variety of pencillers here.  That, combined with they subject matter, makes these issues a hard slog.

The heroes (called The Redeemers) retrieve a few pages from the book of the Darkhold that are guarded by a hellhound owned by a General who is working with the Darkholders.  And also he’s got gamma bombs and wants to blow them up on U.S. soil to provoke the country into…I’m not really sure what.

Modred the Mystic is involved and so is Doctor Strange.  In short shorts. 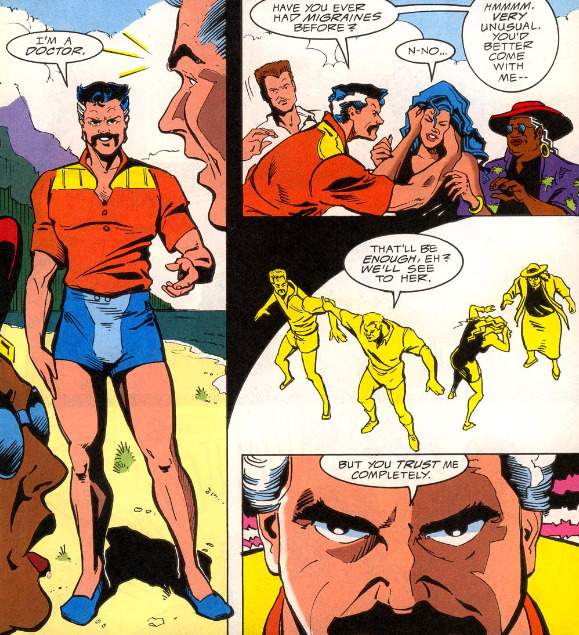 Look how awful the art is in this comic. 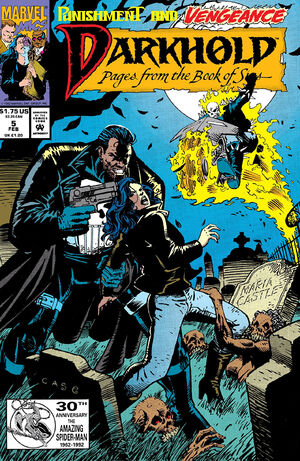 Also, Ghost Rider and Punisher.  Oh and a subplot of Scarlet Witch getting possessed by a demon, which I can only assume means we’ll be getting an Avengers crossover.

The next story will be a 4-issue arc.  We’re halfway through the run of this comic, which was 16 issues, and I still don’t really know (or care) what it’s about.