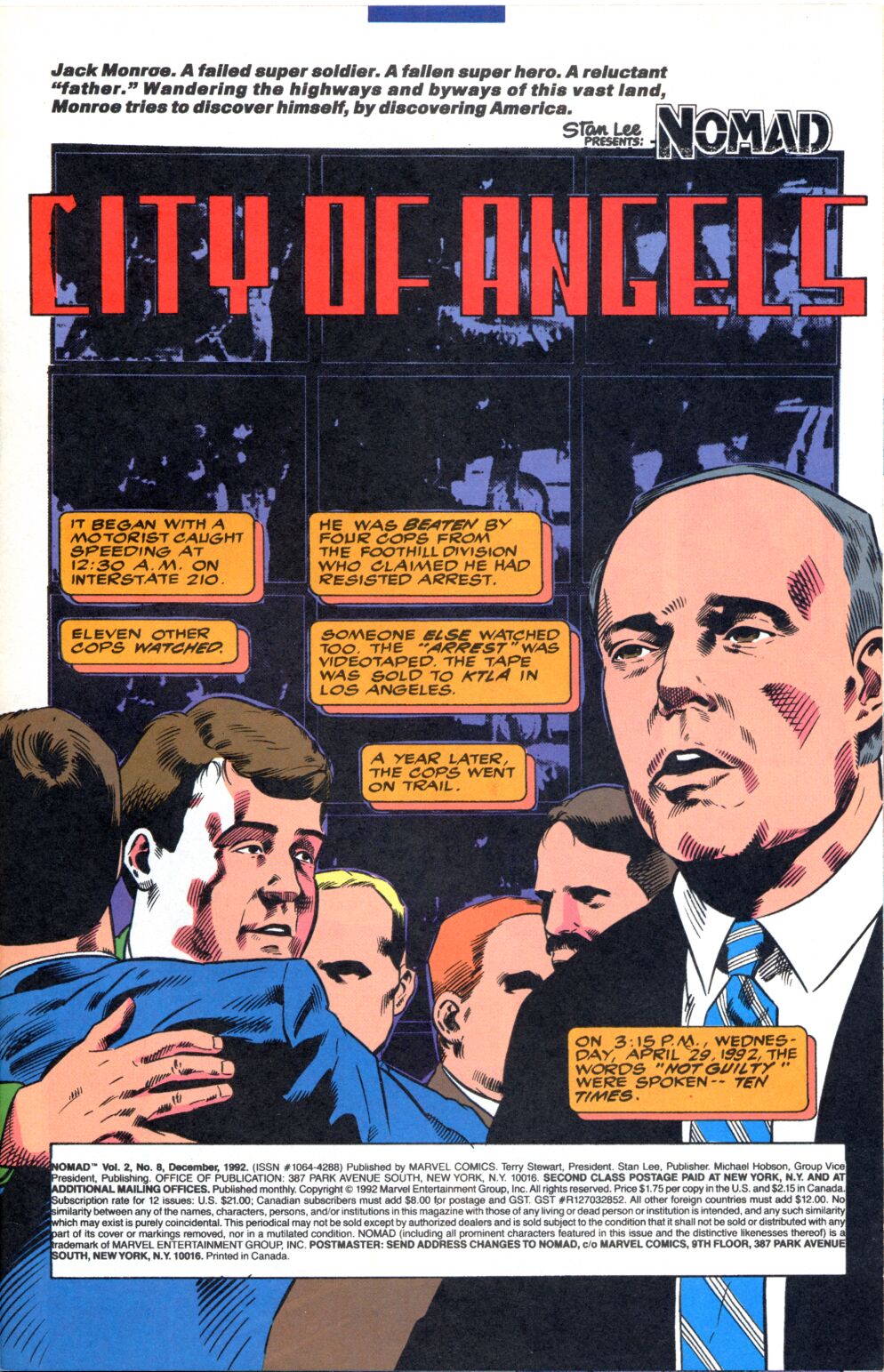 Issue #7 is an Infinity War crossover where Nomad fights the Gambit doppleganger.  It’s not bad, but the whole War feels like a big missed opportunity for a ton of odd match-ups and fights.  This is one such odd mash-up and, like I said, it’s fine–just not great.

In issue #8, Nomad is in Los Angeles during the Rodney King riots of 1992.  A very interesting  idea, merging the then-current event and the pseudovigilantism of the riots with a street character, but reading it now is hard.  Given the current state of this country in 2020, seeing a story written by a white male and telling the white, albeit sympathetic, story of the riots feels…Icky.  And I’m guessing it was icky back in 1992 as well, since there are no credits listed for the issue.

Grade: C-
For the complete history of the MU, year by year, go here.