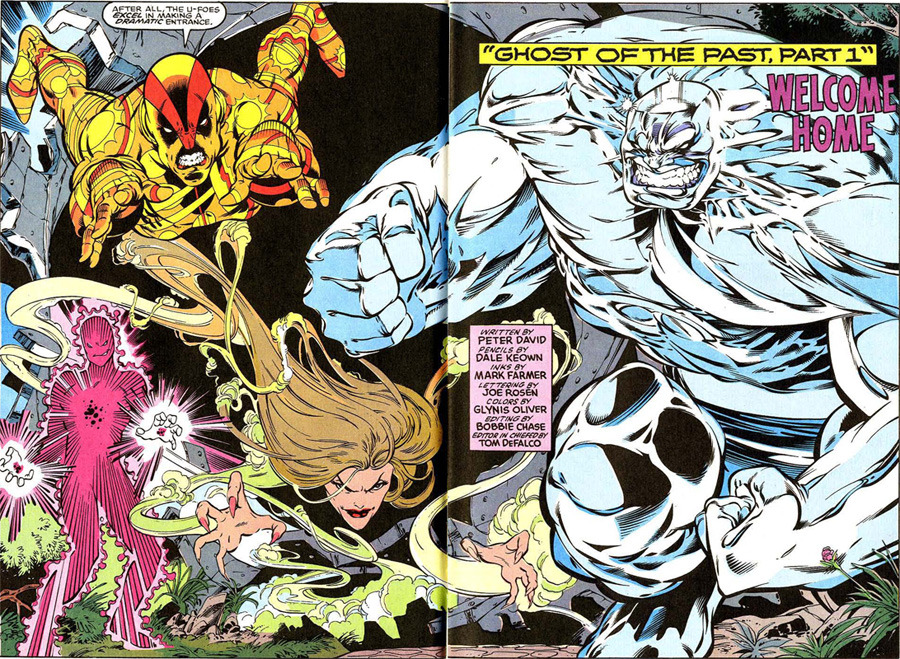 The Leader breaks the U-Foes of prison…

…to attack Pantheon’s base… 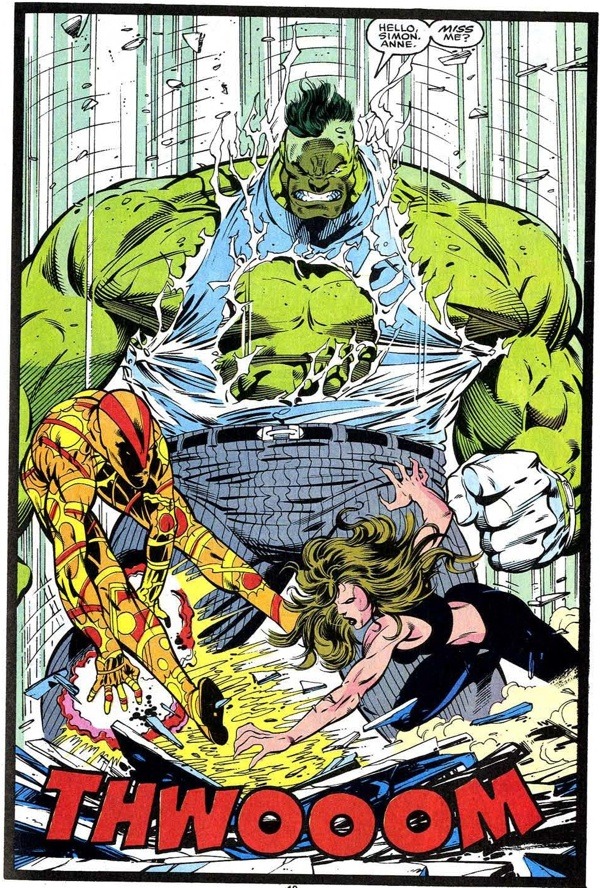 …And provide fodder for a huge fistfight issue.

During the fight, Hulk’s clothes get burned off by Vector.

Hulk nudity!  And a dick joke!

Meanwhile, Rick Jones, with Betty and Marlo, goes to visit his mom at the Psycho House.  I’m counting this as a “crossover” between the Marvel/Hitchcock universes. Once there, his mom kills Marlo. 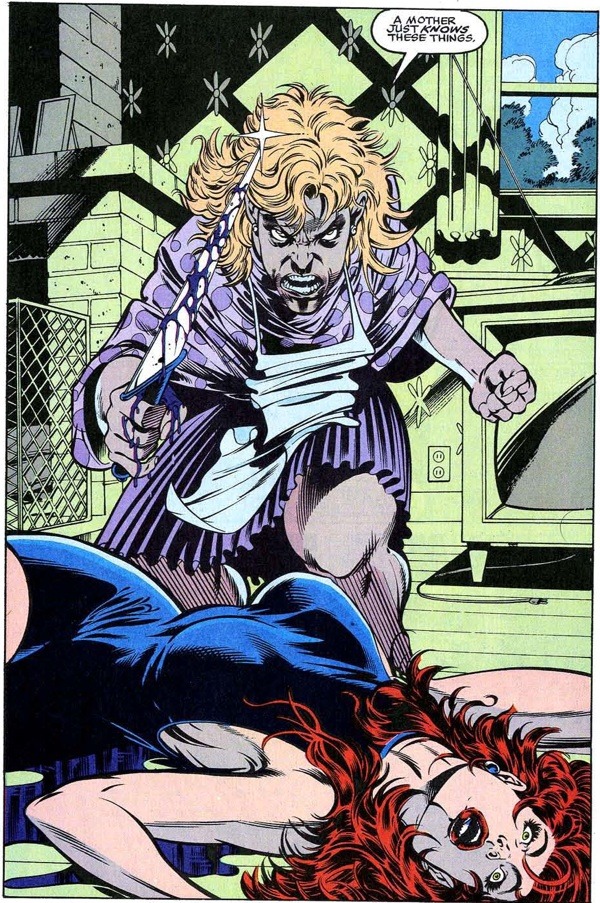 Rick asks Dr. Strange and Hank Pym to bring her back to life, but they both say they can’t.

After he is foiled in his invasion of Pantheon, Leader teleports to Rick and says he can revive Marlo. 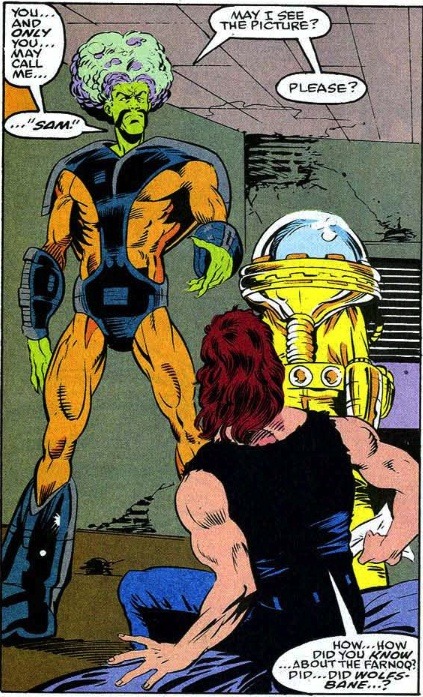 The two have a psychic bond from a past adventure that I had completely forgotten about.  Leaders says he can revive Marlo.

Hulk goes after Leader at this point, and so do Hydra because everyone attacking at the same time is a great opportunity for another huge fight, to celebrate issue #400.

Long battle short: Leader’s base and tech are all destroyed, but not before he revives Marlo, who comes back to life in a coma.