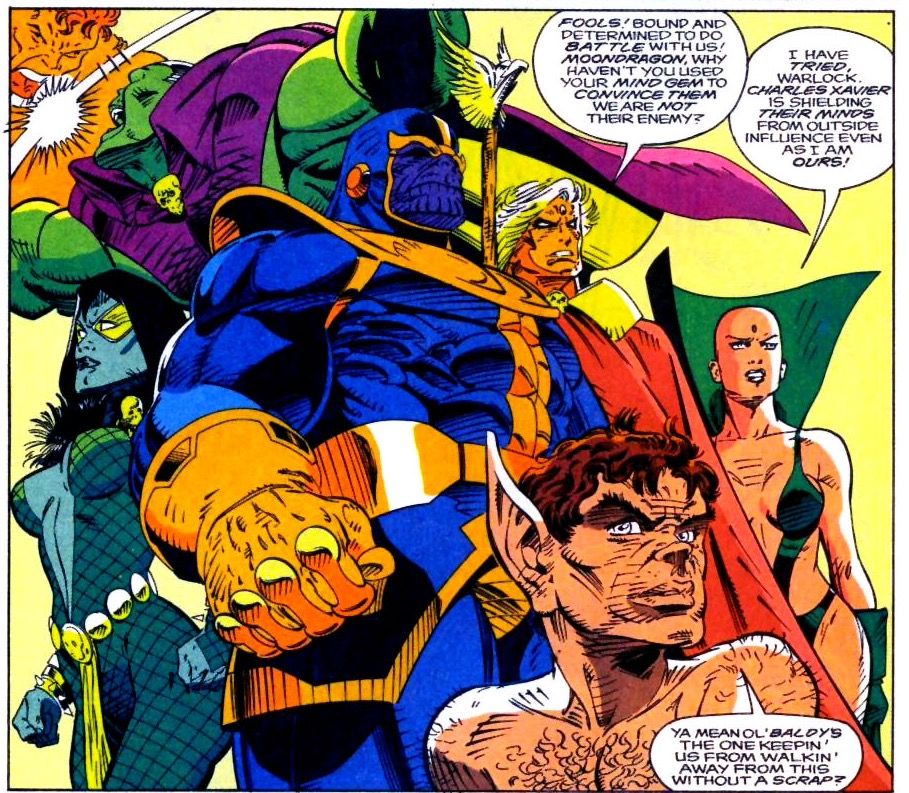 These are the Infinity War issues.  By now, if you read my posts regularly, you know that the I.W. event is vastly inferior to the Infinity Gauntlet event, and the tie-ins are even less relevant.  Of course, overall the drop in quality year-by-year from 1990 through the end of the century is swift and precipitous. 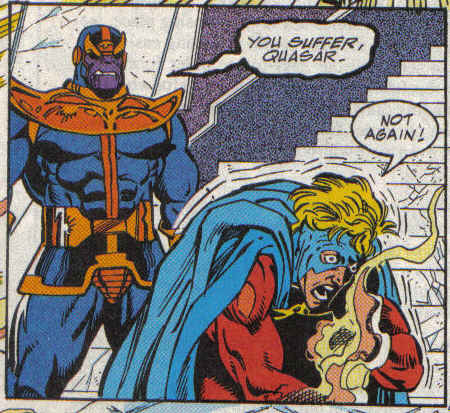 Anyway, between these issues and the ones before them, there is so much incessant blathering with the elders that The Watcher actually gets his own thought bubbles (above) where he wonders why so many elders are drawn to be gigantic.  He doesn’t seem to wonder why some are only heads, though.

From there, Quasar goes back to Earth, joins the heroes, and goes back into space for the big doppleganger battles from Infinity War.

Perhaps the most interesting aspect of Quasar’s role in the War is that he gets hit by the Ultimate Nullifier, and in issue #40 we see what happens to him after that.   activated the Ultimate Nullifier, but Magus at that point was able to use the Infinity Gauntlet to redirect the nullification back at Quasar. So this issue explores what happens to Quasar after he was nullified. 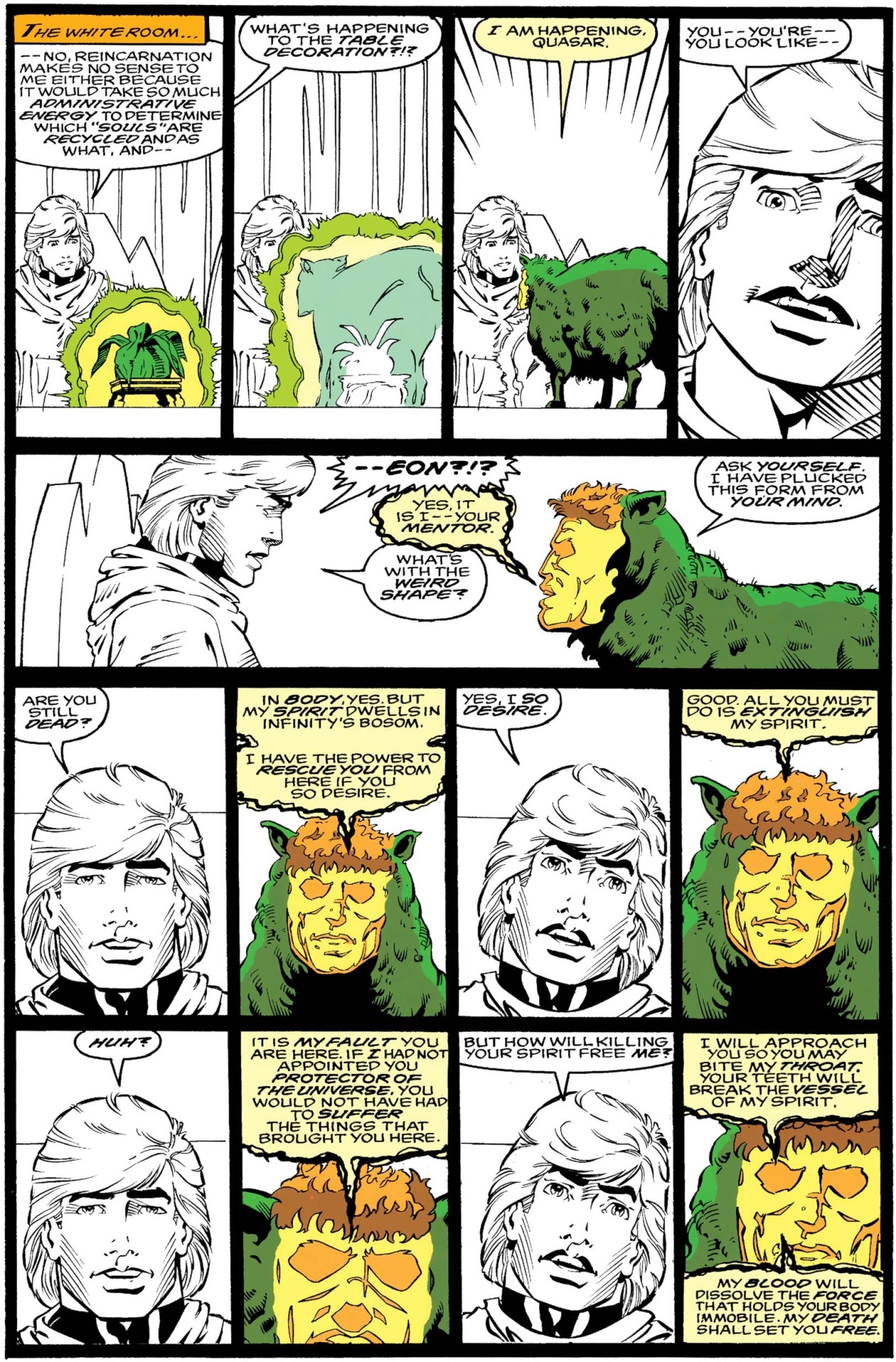 Turns out, Eon is also in the null area, and he helps Quasar get out.  There’s waaaaaay too much talking in these issues.  Frankly, they’re wordy and boring.  But a few lasting effects…

“Her” changes her name to Kismet.  It’s better than Her, but still a bad name. 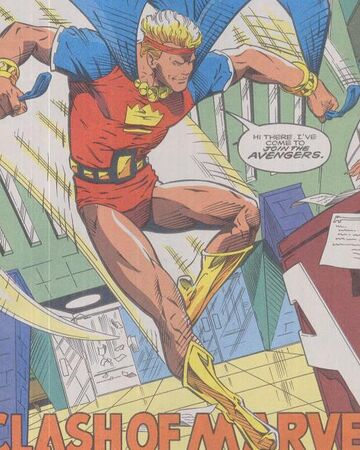 While Quasar is nullified, Marvel Boy of the New Warriors gets sprung from prison and bestowed Wendell Vaughn’s power bands, so he becomes the new Quasar.  No, it’s not him.  It’s the Golden Age Marvel Boy. 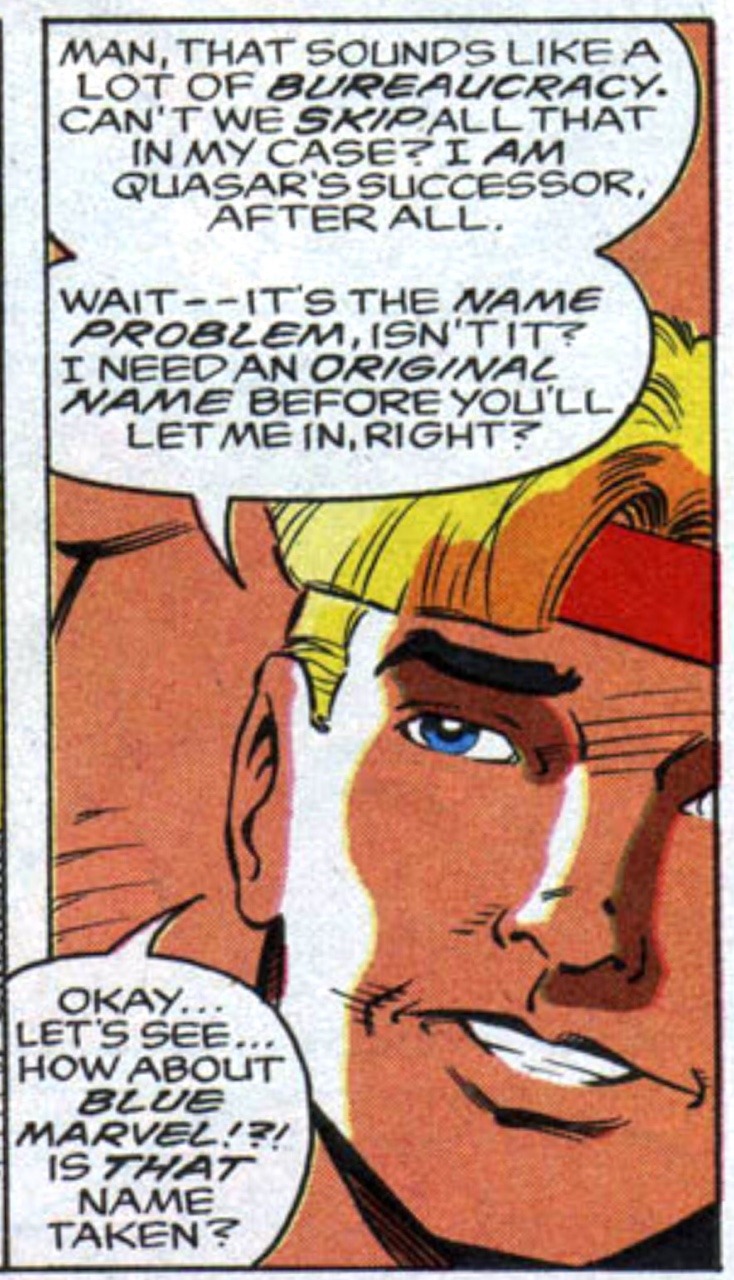 And he takes the name Blue Marvel, which will be the name of a future, African American quantum band wielder.

Confused?  Me too.  But don’t worry, it’s all reset at the end of issue #43 and we never say this new Quasar again.  After run ins with The Avengers…

…And a team-up with Punisher… 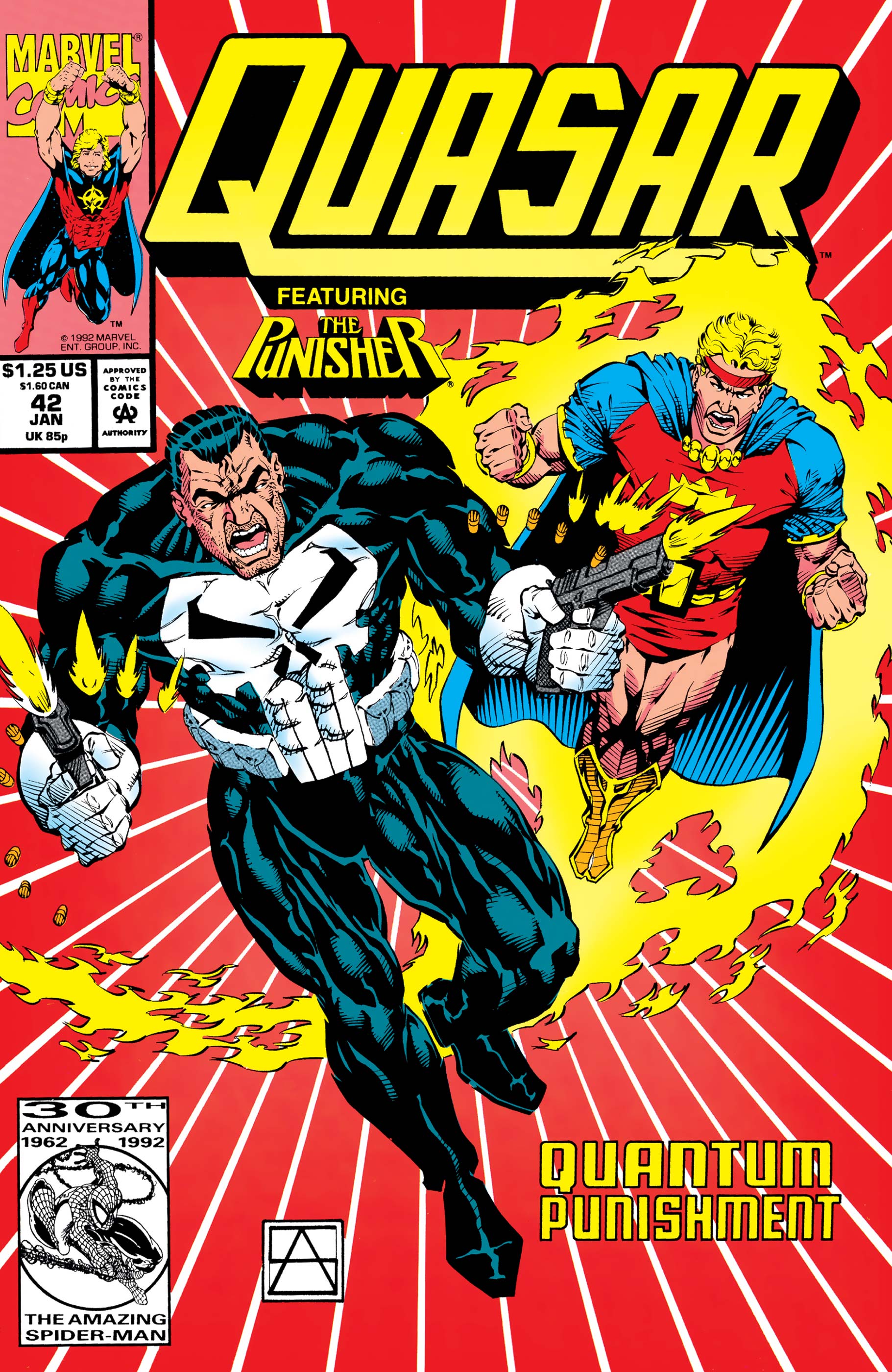 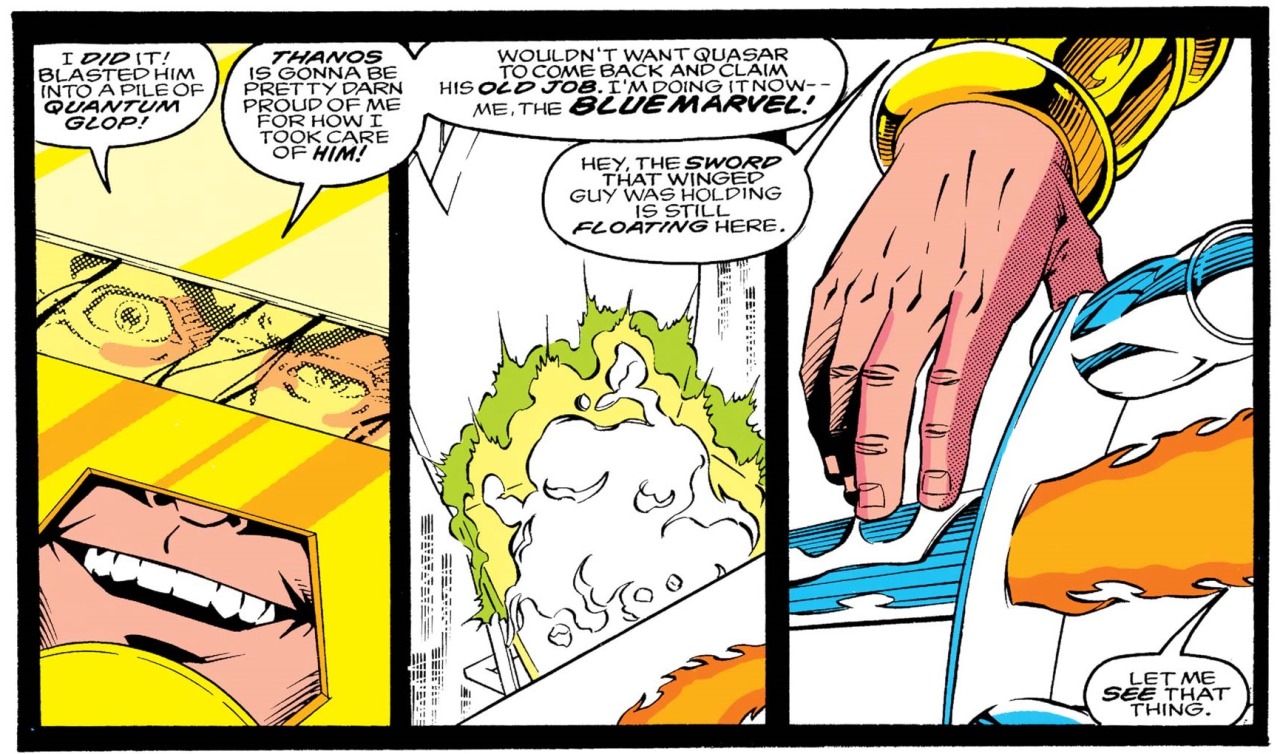 This issue ends with a cliffhanger, but so do all of them, and I have to break this post somewhere, so this is where I’m stopping.  The issue ends with Quagmire punching two louts.