Vindicator doubts her ability to lead the team, and her thought bubbles make for a nice recap of where this series is at right now.  And before everyone thinks this is sexist because men don’t doubt their ability to lead, remember Hawkeye leading the Avengers.  In fact, self-doubt is kind of a Marvel hallmark; think of how many times Spider-Man gave up being a hero.  Or Cap abandoned his flag costume.  Or Bruce Banner wanted to kill himself.  Etc. Etc. 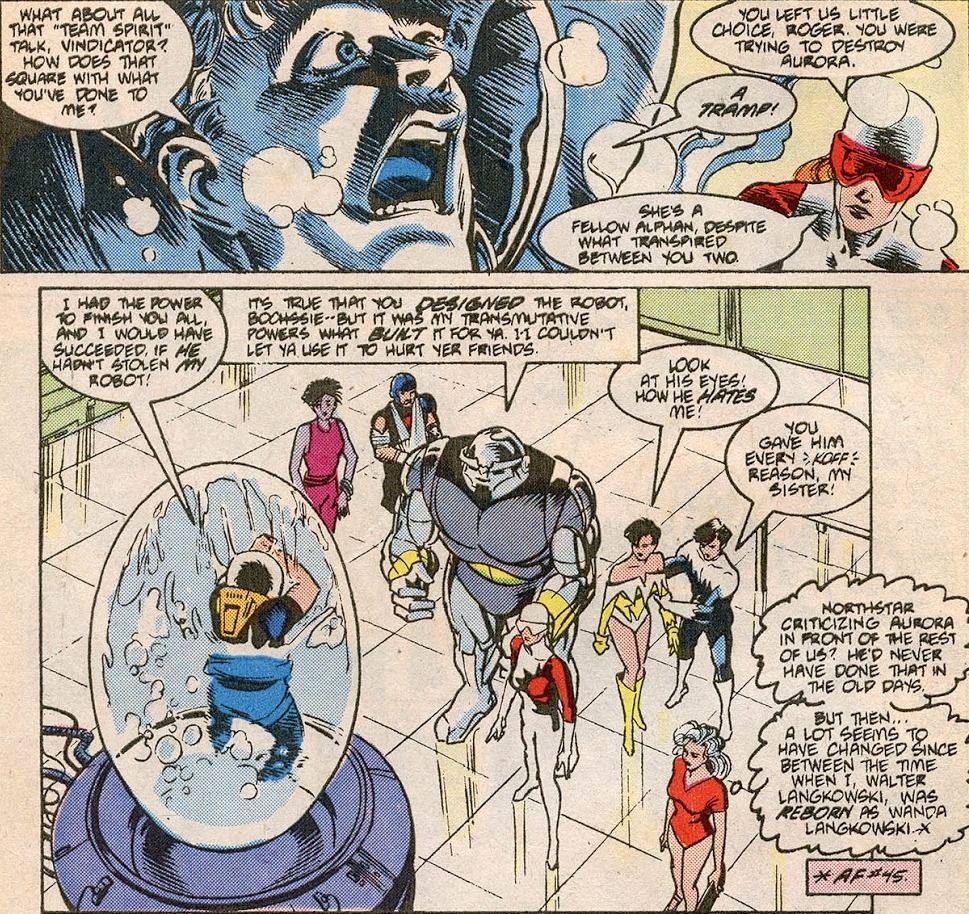 Anyway, this comic is just awful.

Half the members are sick or crazy or complete mutated: Bochs is stark raving mad and has no legs, so in this issue he tries to get cured and instead becomes a giant, fleshy snake monster.  Aurora is recovering from a split personality and in these issues she goes nuts again.  Walter Langkowski is now Wanda Langkowski, and has become a flirtatious, horny cypher.  Northstar has AIDS, but Marvel doesn’t want to call it that so they just keep saying he’s sick—because he’s not an out-of-the-closet homosexual.  Puck is a dwarf who thinks if he was tall, he could get girls.  And the team leader, Vindicator, feels full of regret for having had to kill Snowbird to prevent Armageddon, yet in this issue she tells Northstar he should go ahead and kill the villain-of-the-month if he feels he must.