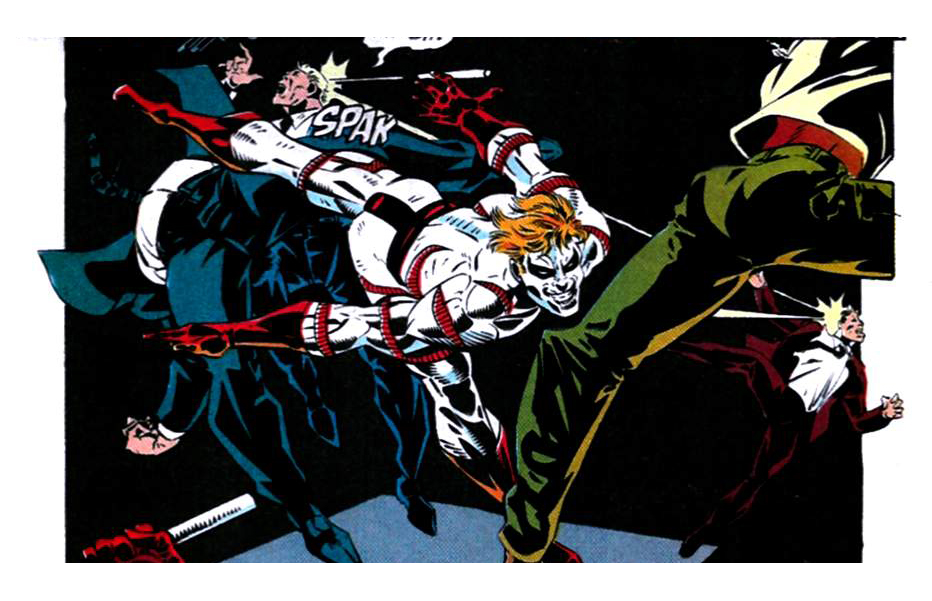 Early work by Scott McDaniel on art and a fill-in script by Glenn Herdling for the Infinity War tie-ins, where Daredevil fights his evil Magus-created doppleganger.

Also, Calypso—former Kraven the Hunter crony—is stalking around doing black magic stuff.  She, not DD, ends up killing the evil DD clone.  And Brother Voodoo makes a guest appearance, along with Simon “The Zombie” Garth because Calypso is African-American, so therefore Brother Voodoo has to appear.  And also because there’s a zombie army.

Next issue, DD will be back to street crime, thankfully.  Ann Nocenti was able to make mystical stories work, but most other people fail at it.  These issues are a case in point.