Hulk, Pantheon, and X-Factor recently teamed up to fight corruption in a small government in Europe.  Now, the New Warriors hear about it and go there to take on a new version of The Forces of Nature. 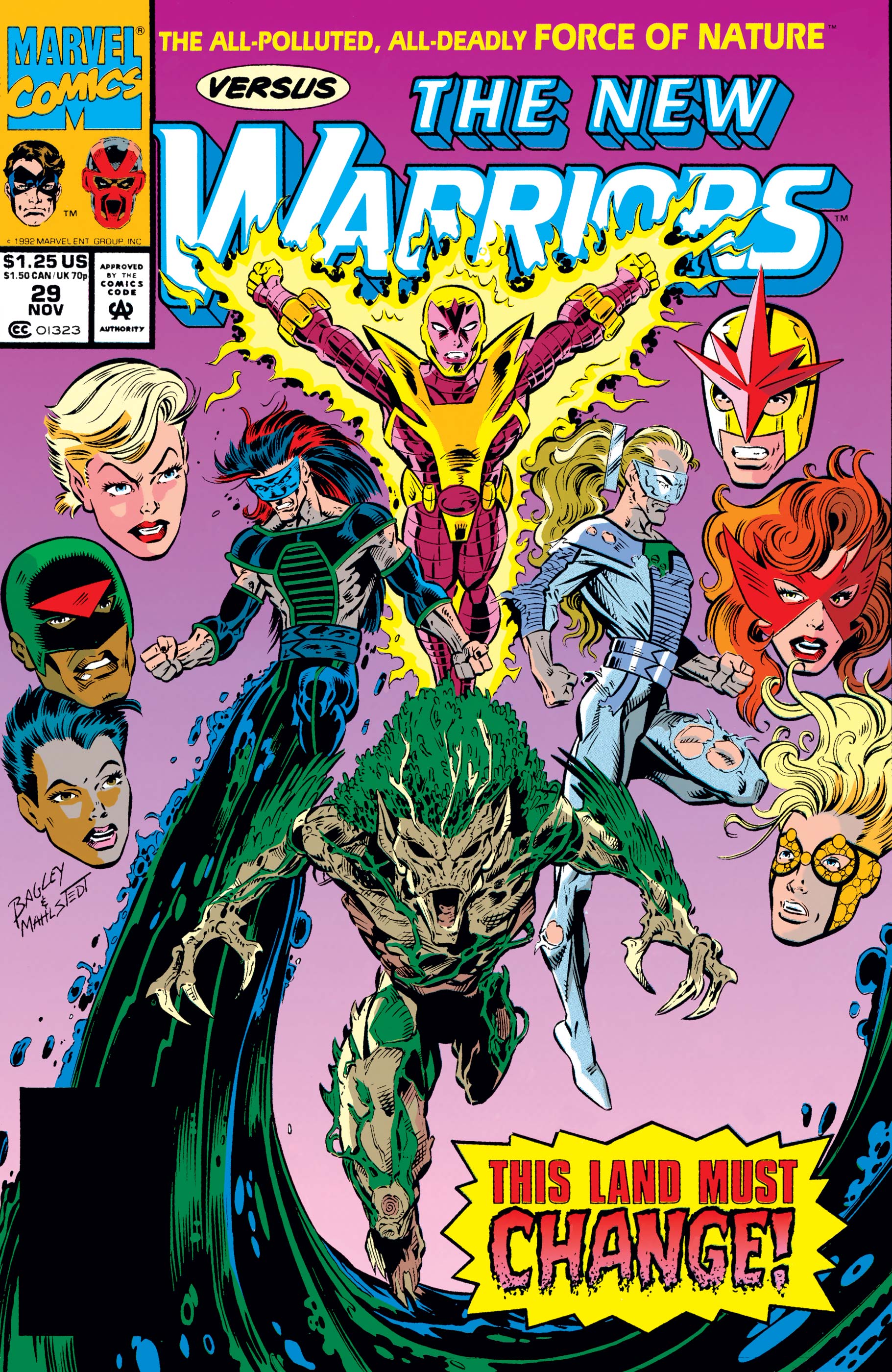 Representing the element of fire is a new version of Firebrand.  The Forces are environmental terrorists…

…Who are disillusioned with the state of the world.  There’s some interesting interplay here with the teenagers in New Warriors, who also distrust adult authority figures. 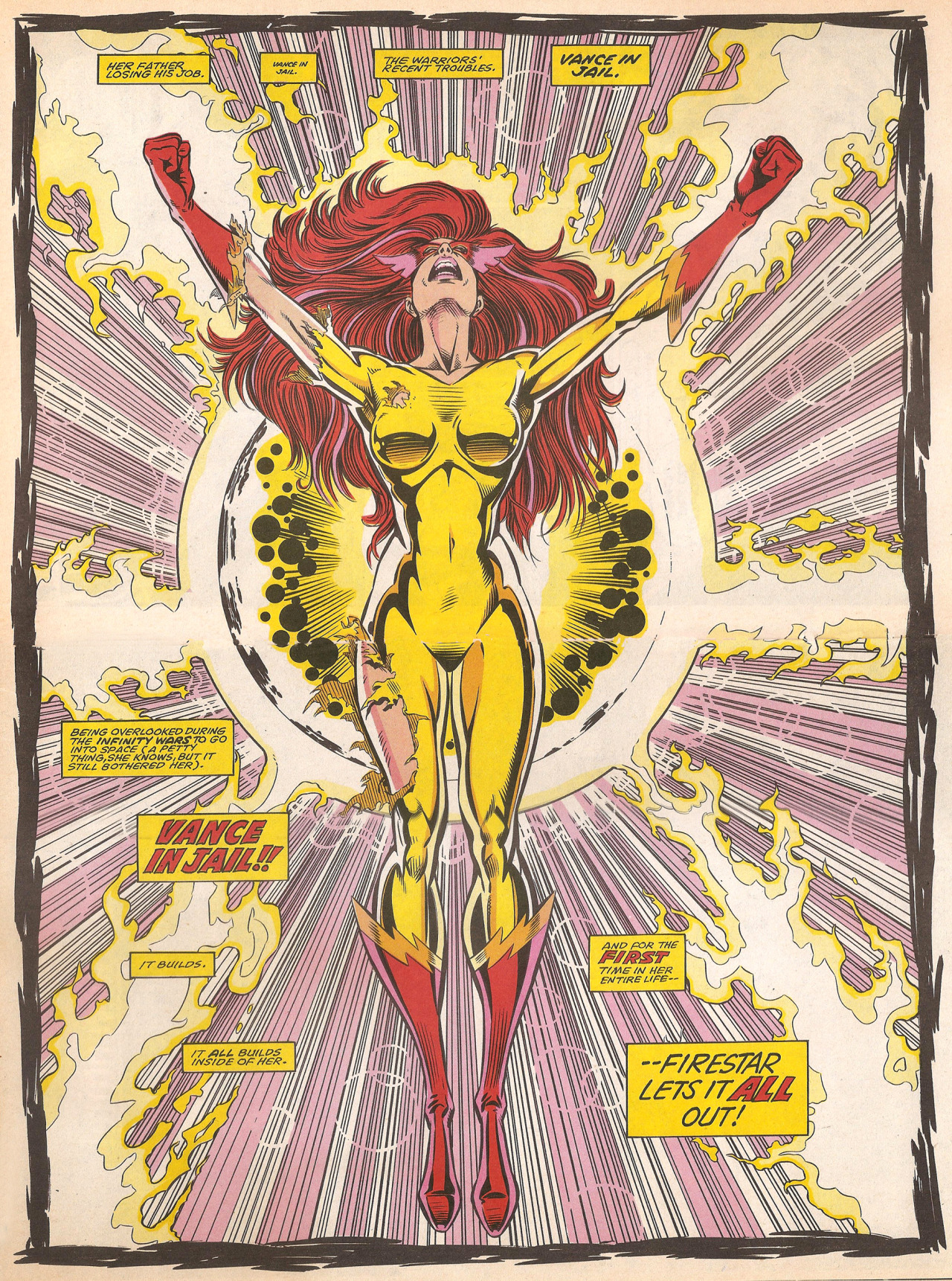 And the team is still upset that Vance is in prison.