Last issue, we saw Morbius decide to become a vigilante—since he has to eat humans to survive, he’s made the decision to only eat bad humans.  So he beats up junkies and makes them tell who they get their drugs from, and then he eats the dealers and suppliers. 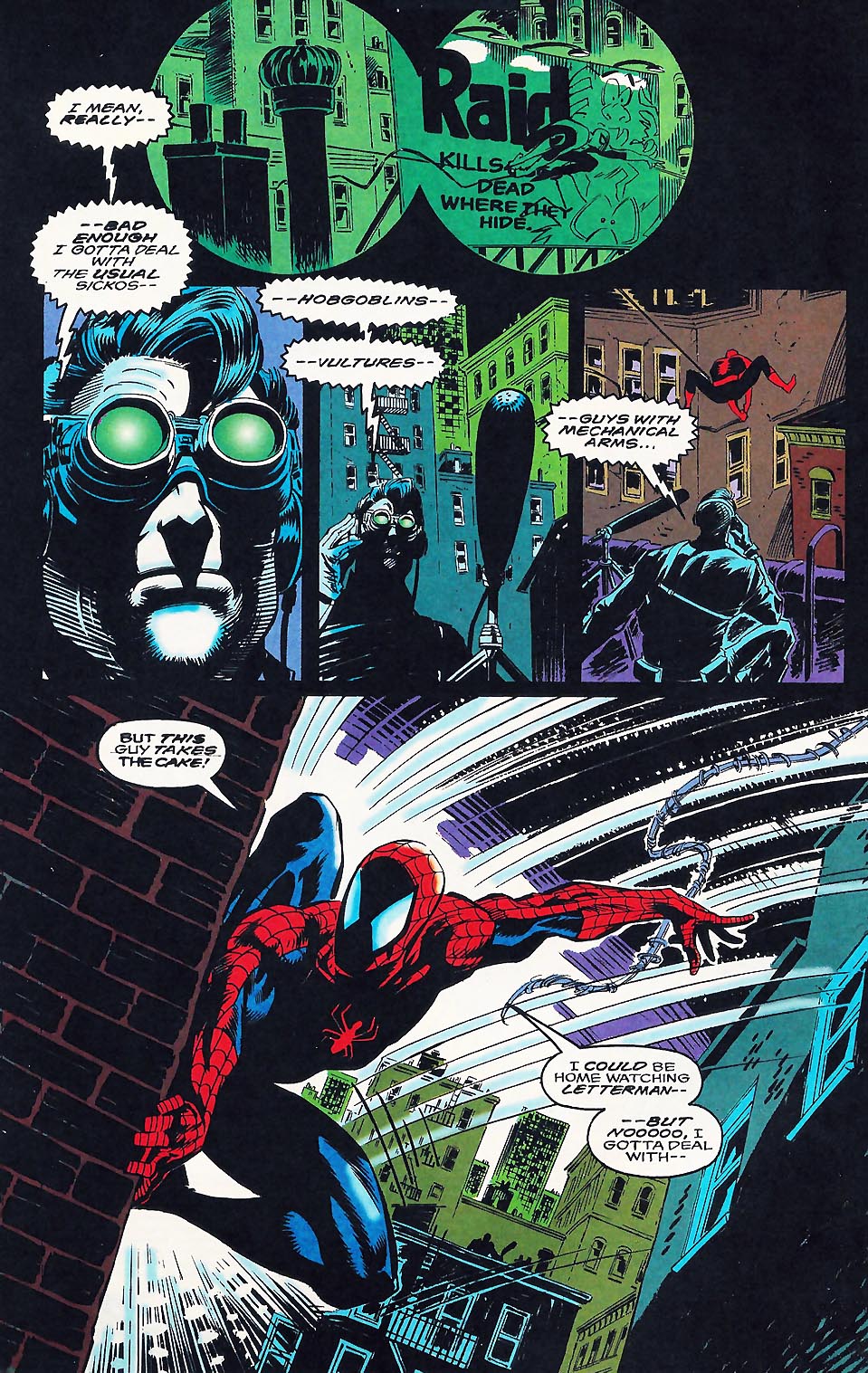 But the main purpose of these issues is to establish that Morbius has psionic powers that enable hypnosis (like Dracula) and give him flight power as well.  It also establishes that Simon Stroud, who has been a part of the Morbius mythology for decades, will be a character in this new Morbius series as the guy looking to hunt down and neutralize the new living vampire.

Creators: Len Kaminski and Ron Wagner
Grade: C+.  I like the storytelling, even if taking the first four issues for basic “premise set up” seems like pretty slow pacing.

Marvel 1992, Morbius The Living Vampire, Spider-Man appearing outside his own comics
Tweet Pin It