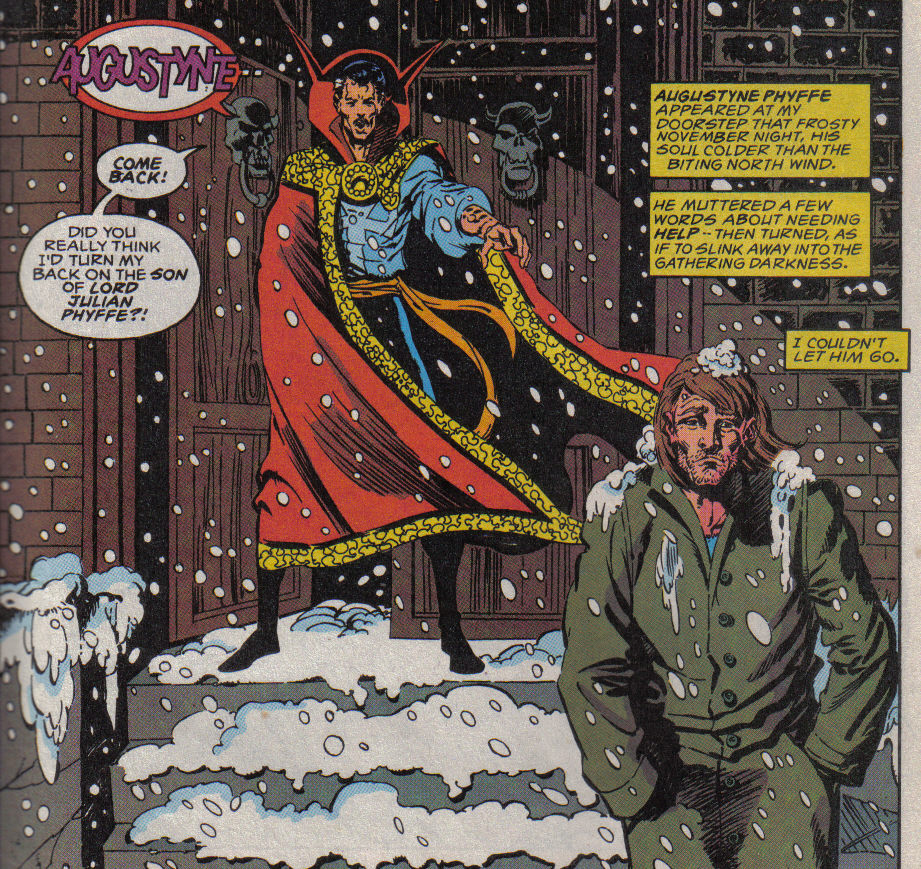 One 70-page comic, three stories.  First, Doc Strange.  I get a little annoyed with these anthologies when they use a character who already has a series and, on top of that, have the story written by that series’ regular writer. It makes me feel like this was just a story that wasn’t good enough for the “real” series.

Roy Thomas, with RJM Lofficier, writes a Doctor Strange story, drawn by Brian Postman, that, yes, is not good enough for the regular Doc Strange series.  And it’s not like that series is all that great, either.

Next, Dwayne McDuffie and Marie Severin offer a Falcon story.  Since it’s drawn by Severin, who by this time isn’t doing work for Marvel, and written by the guy who wrong Falcon’s 4-issue miniseries from the mid ‘80s, I’m assuming this was supposed to be issue #5 of that series? Anyway, he beats up some dogs.

Finally, Iron Man, in his Silver Centurian army, works on the Stark Space Station that appeared in the late ‘80s.  Again, this is probably an inventory script by Kurt Busiek, with art by Dave Simons.

It’s the best of the three entries for this comic, but it’s not good.