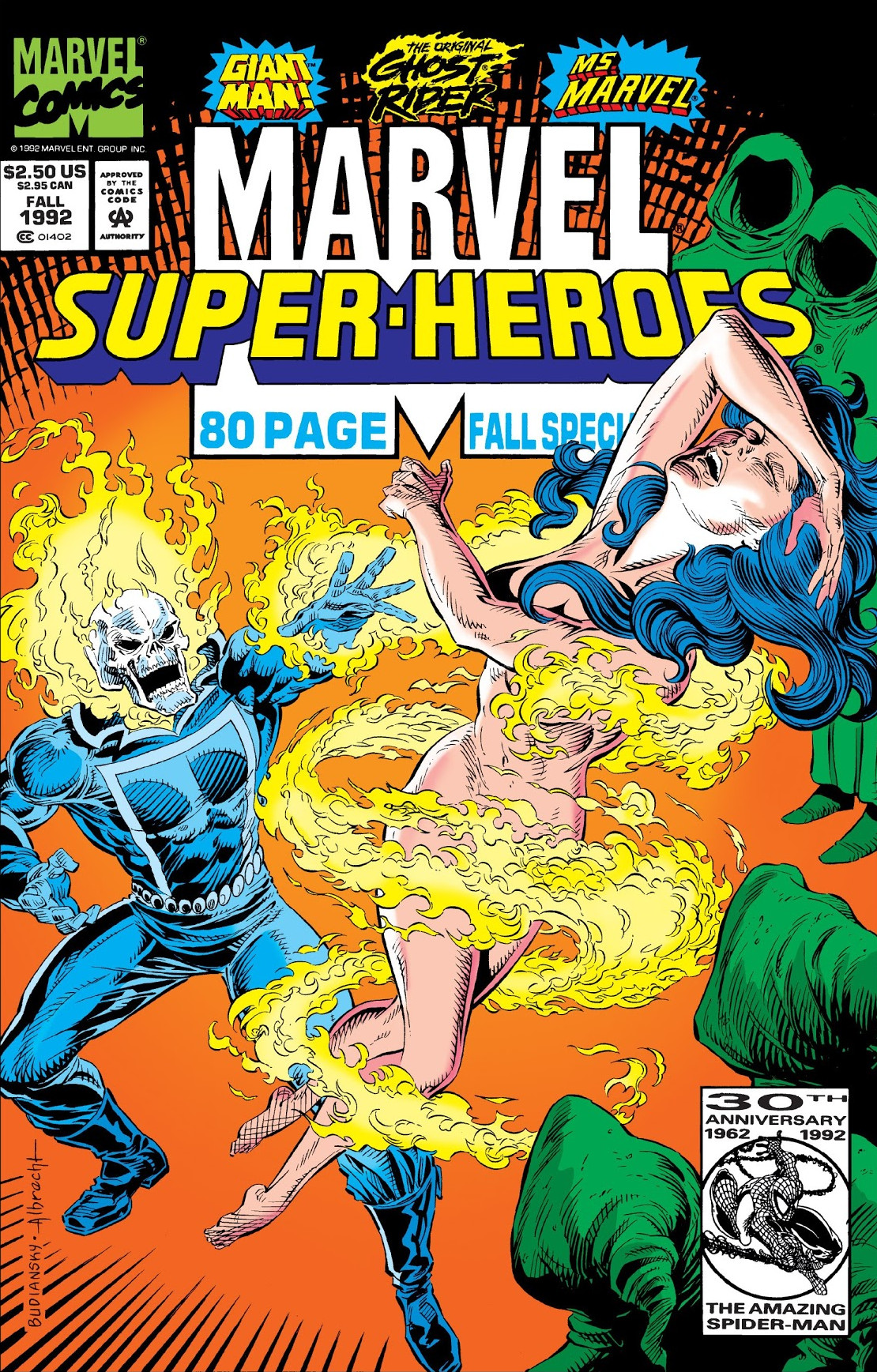 I bet I know what happened here.  Someone in editorial said, “Hey!  Ghost Rider has only appeared in his own book, 3 other series as a guest, and a couple of the spin-off ‘Ghost Rider Family’ books this month.  We need to put him in Marvel Super Heroes!”  Then someone said, “Actually, he also appeared in Marvel Comics Presents, which we’ve basically turned into a Ghost Rider Team-Up book.”  And the editor said, “I don’t care.  More Ghost Rider.”

So we get this “untold tale” of the original, Johnny Blaze Ghost Rider by Tina Chrioproces and Greg LaRocque.  It’s awful.  Grade: F

Then, it’s Giant Man in a story by Dwayne McDuffie based on a Jim Shooter plot.  So, yeah, again: This is really old stuff.

And there’s a good reason it stayed in a desk drawer for over a decade.  The art is by Bob Budianksy and Don Hudson—halfway through the 17-page story, it just switches pencilers.  Another example of the care and trouble they went through to jam this into the shit sandwich that is MSH #11.