These issues stretch two very different arcs across more than a half-a-year’s worth of comics.  The first involves Hank Pym being suicidal. He can “smell” the bullet??  Then he invents a teleporting chainsaw. 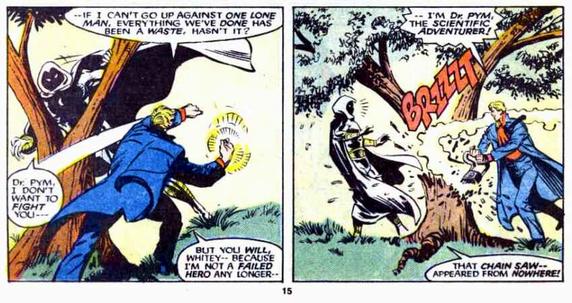 Firebird—the female hero who was skipped over when Hawkeye was forming the roster for this team because he preferred Thing (but now in these issues he really wants to get her in—now that Thing is gone)–appears and now she’s a nun, apparently. From there, go on a very, very odd version of a Christmas Carol, as she proceeds to make Pym understand his true purpose and that the world needs him.  Firebird she’s there on a mission from God.  Over the course of these (very long) issues, they talk about faith and love and Hank decides he wants to bang Firebird.  Tigra just dumped him.  In these issues, he does try to reconnect with Wasp (who, in a stunningly sexist script, says it was her own fault Hank hit her because she should have been a .better wife).  So it makes sense—Hank is just lonely.  By the end of this story, Firebird convinces him to focus on his inventions and science and not worry about putting on a costume again. This book constantly bounces between dark and disturbed, and ponderously wacky.

The other story is a time-travel adventure with the rest of the team that enables Hawkeye to return to the Wild West, featuring the original Ghost/Night Rider, where he visited years ago in the pages of The Avengers.

Note as well: In the West, Hawkeye’s arrows become relevant and contemporary weapons.

Due to a faulty time machine, the team keeps falling farther and farther back in time, but Night Rider pulls Mockingbird off the machine so he can be with her because they’ve managed to fall in love.  Very quickly.  Like so many women Steve Englehart writes about in this series.  But it turns out, Night Rider brainwashed her and by the end of the story she figures that out and essentially kills him because he basically raped her.  (He is hanging on the edge of a cliff and she lets him fall rather than rescue him.) 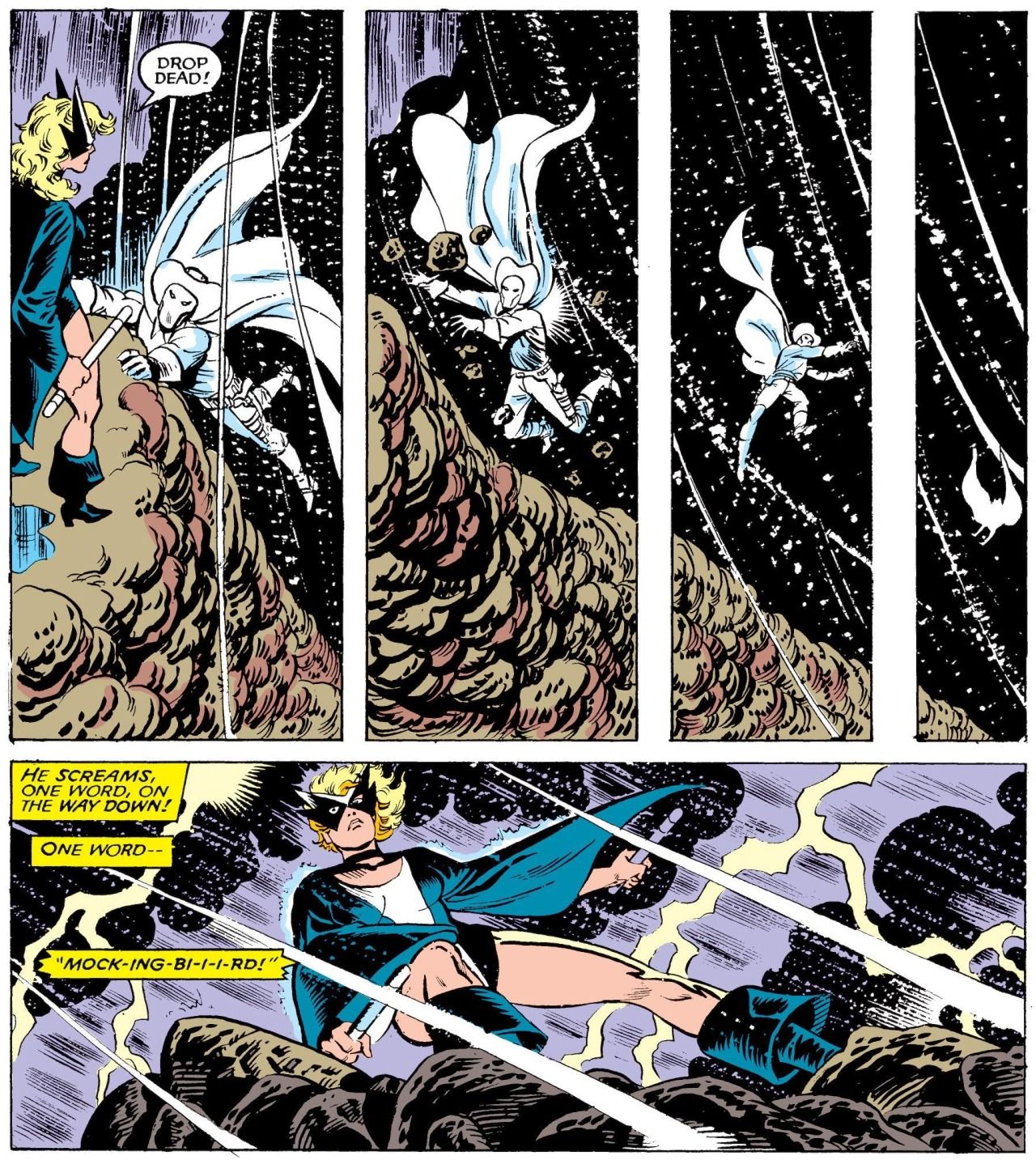 It begins a plotline that will extend for several years, as he travels forward in time and haunts her.

Eventually, the team (not Bobbi Morse) goes all the way back to Egypt where they find the master of time travel, Rama-Tut, as well as the moon God Koshnu—who some writers have said gives Moon Knight his powers.  Other writers say Moon Knight doesn’t even have powers.  You see where this is going, right?

Moon Knight joins the team.  And he has a “Moon Jet.” 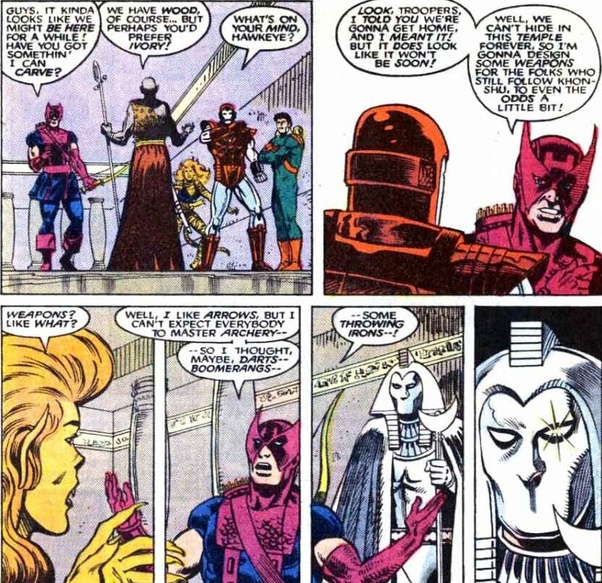 The mechanic is that Hawkeye (in the past) writes a cry for help in a Bible, Koshnu compels Moon Knight (in the present) to go to the West Coast, fight with Hank Pym, and read the message in the Bible to eventually bring the team back to the present, after seeking help from Dr. Strange and the Fantastic Four.

I will say that the Moon Knight who joins the West Coast Avengers is the one with the gold Ankh bracelets, who is one of the worst versions of MK in the character’s history—but at the same time, the way he’s written in this book, as a wisecracking treammate—is completely inconsistent with all versions of the character, even gold bracelet version.

This comic will continue for several more years.  I’m assuming people are buying it just because it says “Avengers” in the title or because they’ve decided they don’t want to keep their money anymore because Reagan is President and life isn’t worth living.