If it were written by anyone other than Jim Starlin I would be very leery of a solo story about Pip the Troll, even if it were only 8-pages long.  But this one is by Starlin, with art by Rata Fagiani, and it makes for a fun little diversion as Pip picnics on Monster Island.  Grade: C. 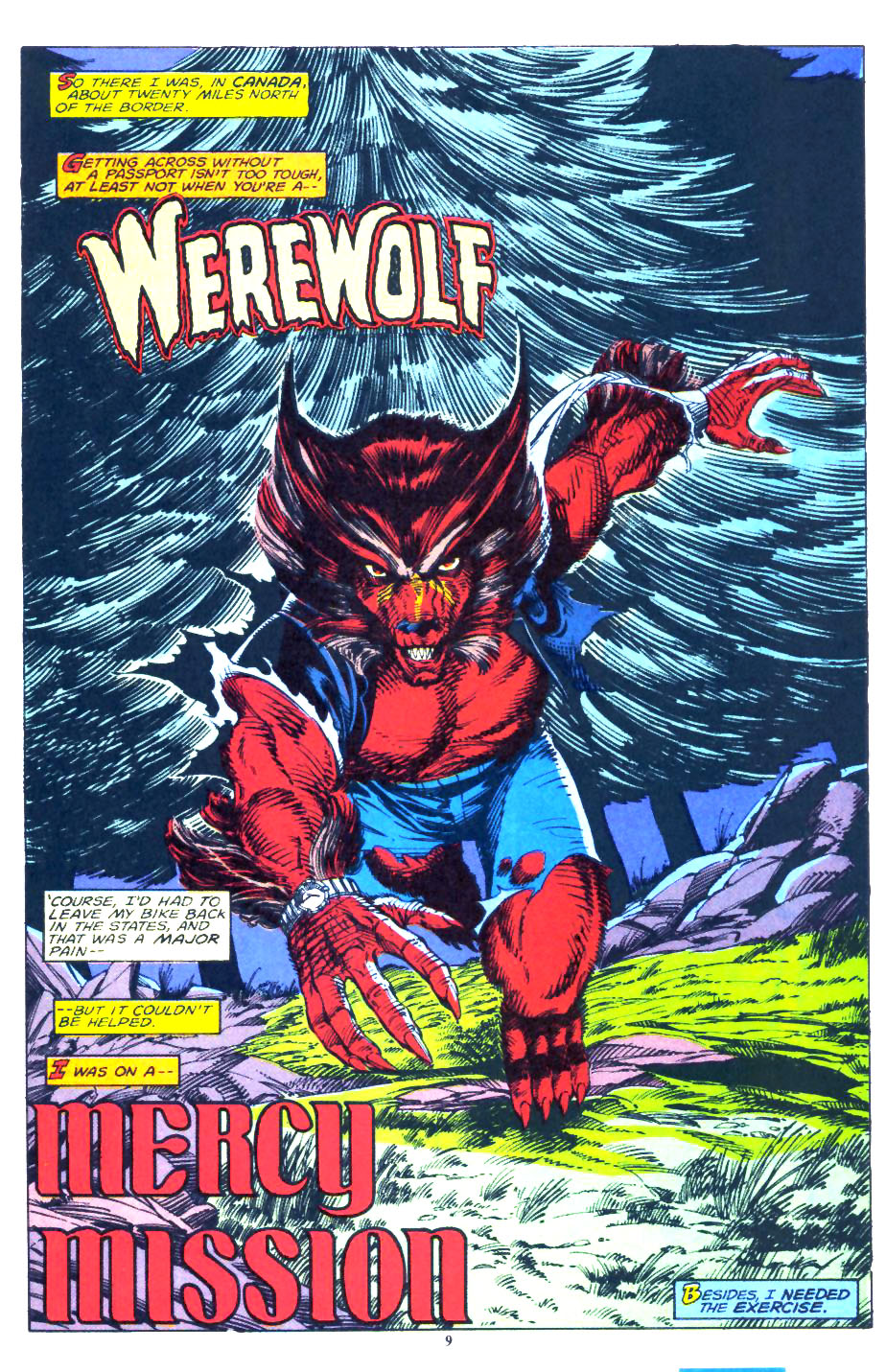 Next, Len Kaminski and Vince Mielcarek give us Jack Russel, Werewolf by Night, looking increasingly feral.  And red.  He tracks down Wendigo in his human form and then doesn’t kill him, despite that as a human he’s kind of an asshole, bragging about how he gets to be immortal just for killing some people sometimes.