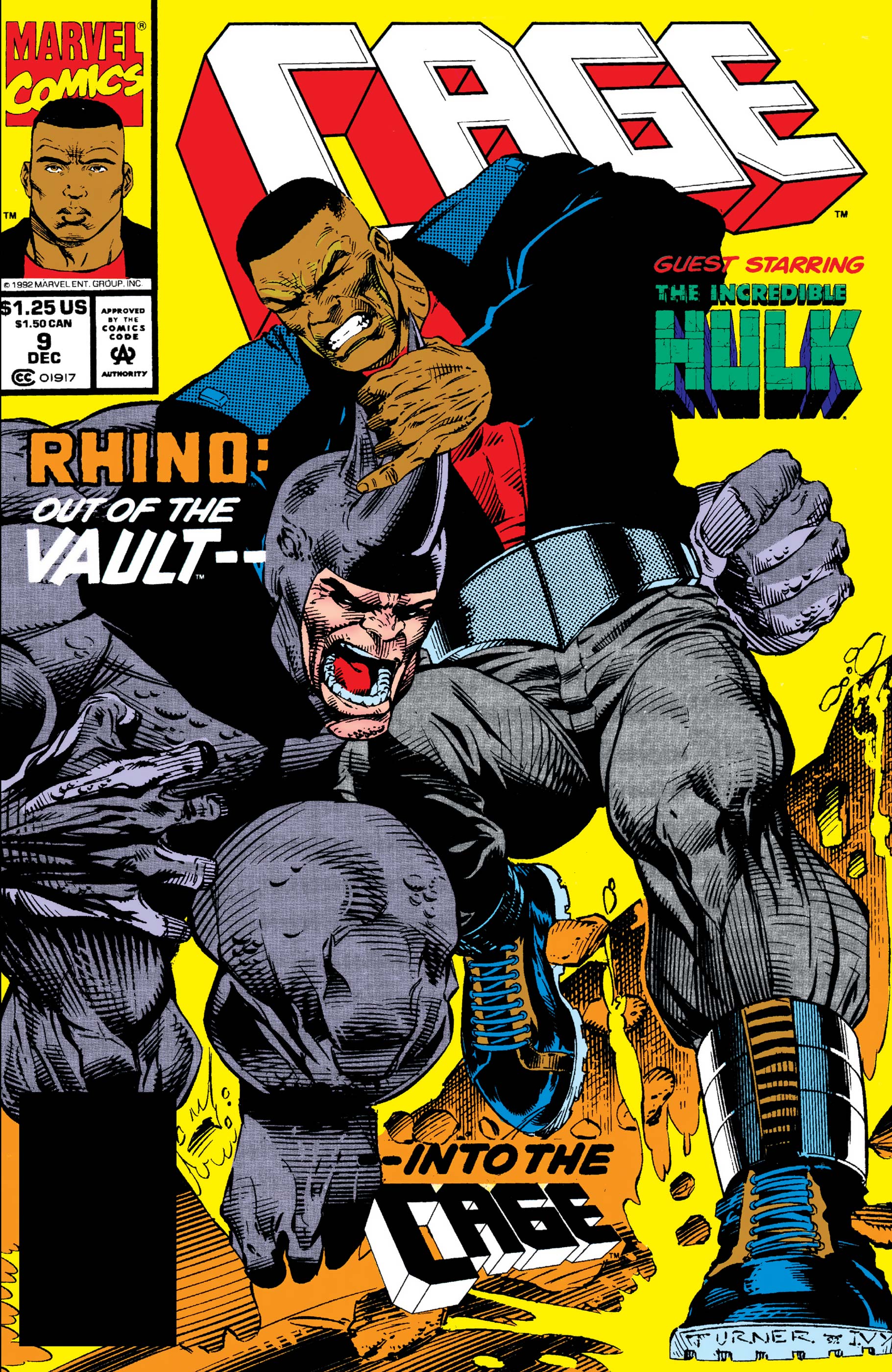 A new writer.  So far, this comic hasn’t been able to move above average.  Let’s see if this helps.

He offers an odd but not completely implausible premise: Rhino escapes from The Vault, the Guardsmen who where on duty during the escape are suspended pending an investigation, so they hire Luke Cage to recapture Rhino so they can get back to work.  Luke vs. Rhino is a promising match up, so I’m in.

They fight a little, there’s some corrupt-cop subplots with the Guardians, and Cage ends up being set up as the cause of Rhino’s initial escape, so now he’s on the run with Rhino.

The Pantheon finds out, and they send in Hulk. 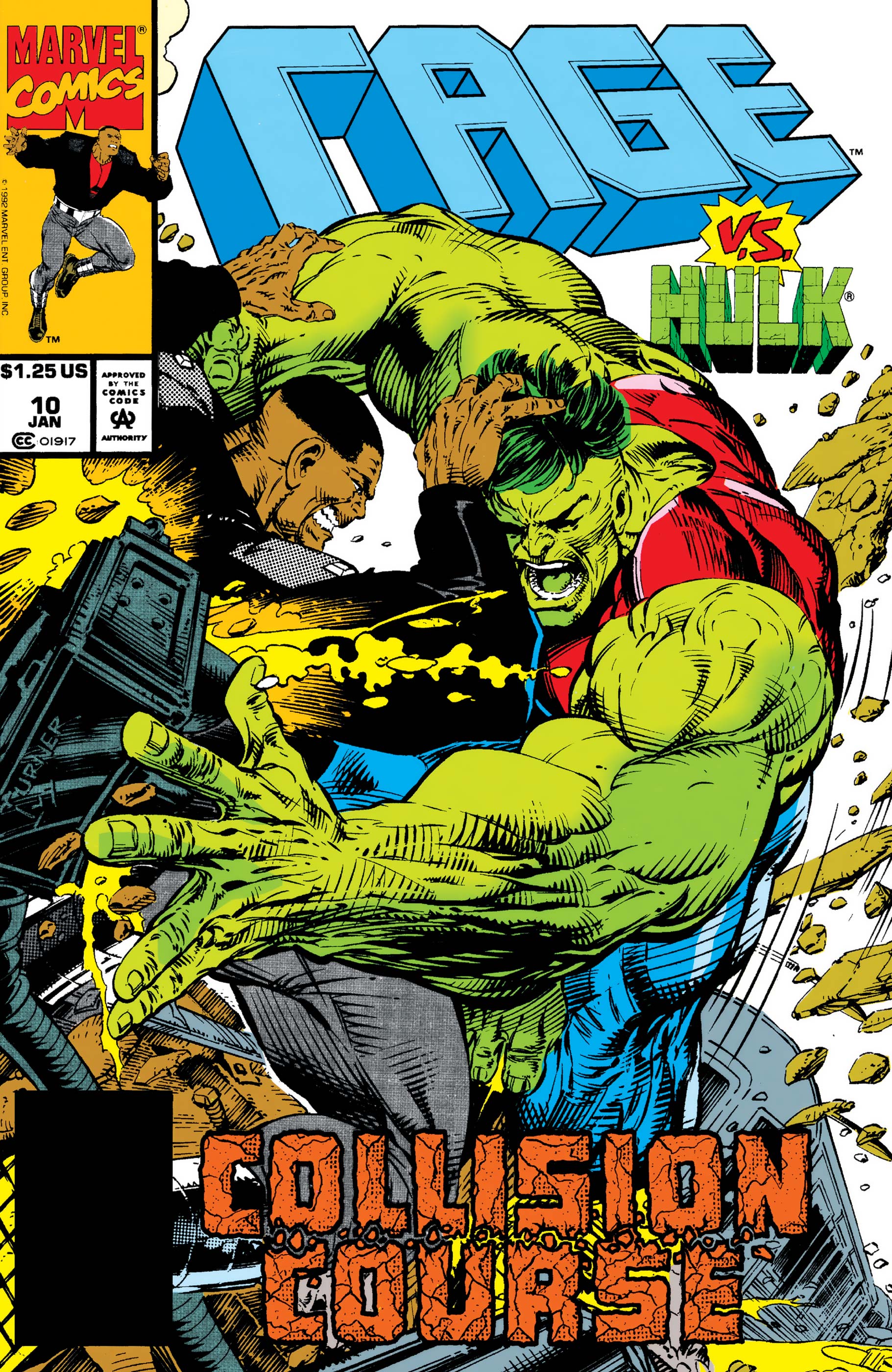 More fighting until Cage is cleared of all wrongdoing so he and Hulk can team up against Rhino.

Meanwhile, Iron Fist is trying to track Cage down. It doesn’t seem like Luke is hard to find, but it’s a nice slow-boil to the reuniting of the duo that we’re all waiting for.

In addition, the subplot involving James Lucas, Luke Cage’s brother, also develops and the youth gets kidnapped by Hardcore.