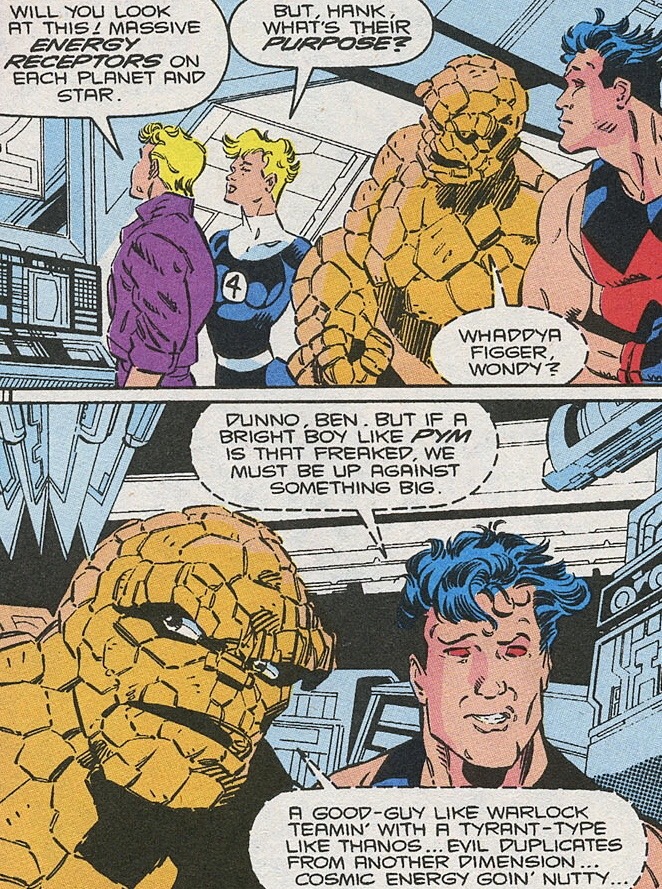 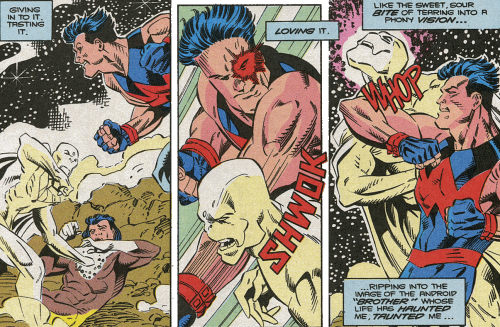 Wonder Man fights a lot, and loves it. 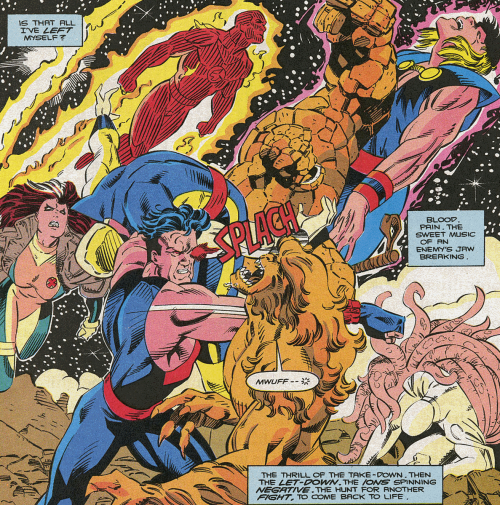 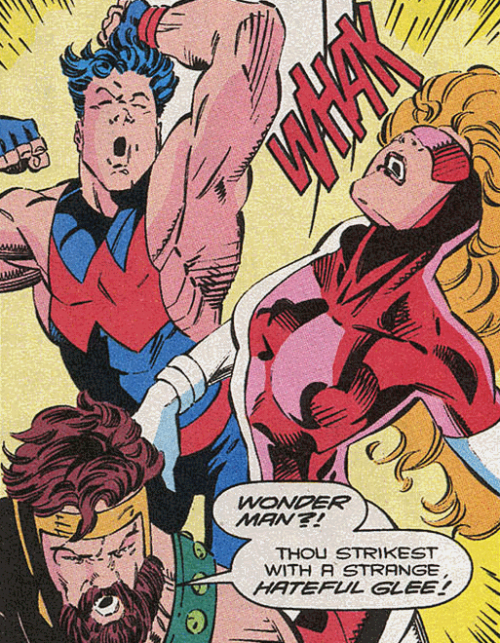 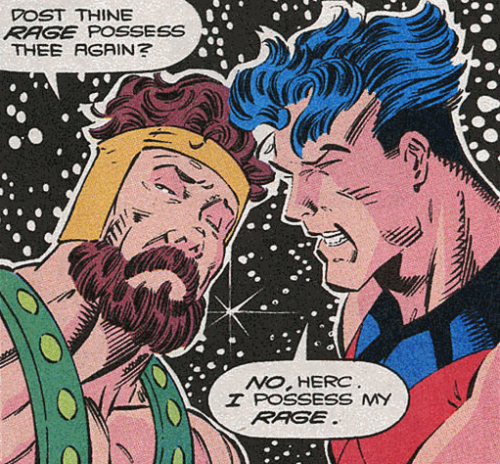 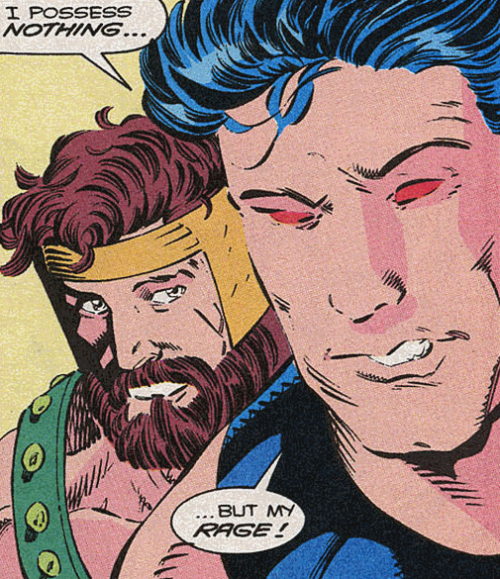 Somehow, I missed that Wonder Man’s powers are now tied to him being angry, so he spends most of the time trying to stay full of rage.  Not sure I like him being this similar to Hulk. 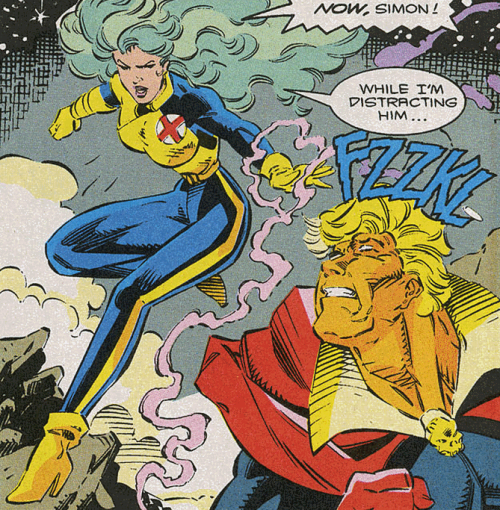 Some nice stuff with his old crush, Wanda Maximoff… 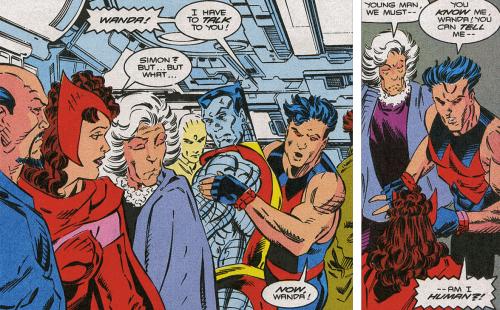 Leading to a teary ending when she gets hurt…

Anyway, not much here.  The anger thing is changing the tone of a book that started strong as a muscles-and-jokes comic.