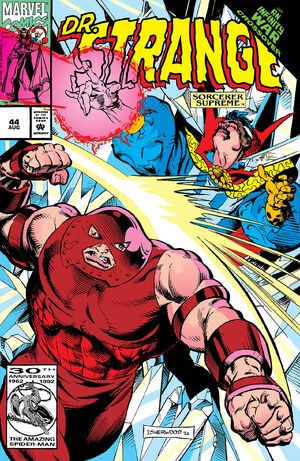 These are the crossover issues for Infinity War, which follow two Infinity War crossovers.  I’d like to say it’s because Dr. Strange is such a major player in the event and the miniseries couldn’t fit all the good stuff in, but that would be a lie.  These are tied in clearly because they’re hoping to get some new readers.

It’s not that these are particularly bad issues.  They’re just not particularly good.  Or important.   Here’s how Doc converses with death. 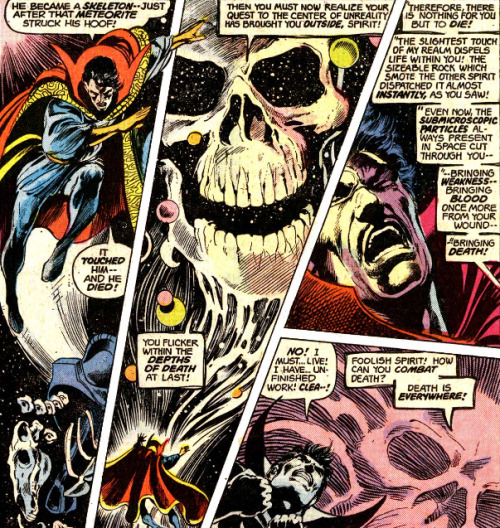 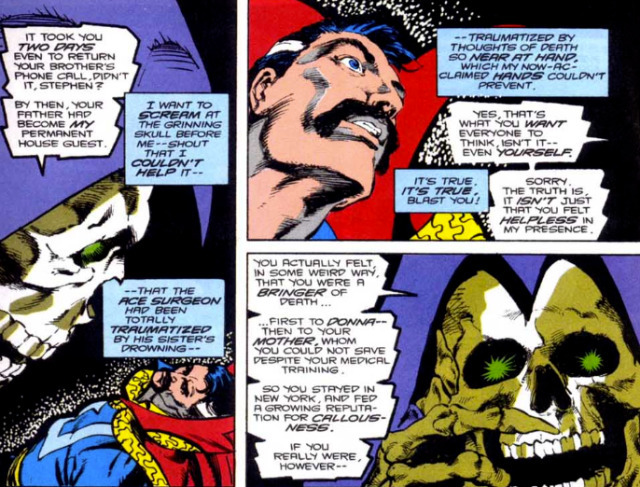 Death says “in some weird way”?  I thought Death was supposed to be all cool and mysterious.  This is a bit too colloquial for me. 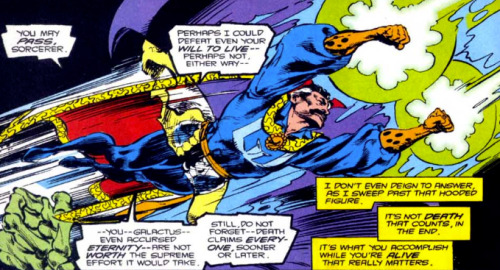 Anyway, there’s nothing critical to the Infinity War here.  That series is basically self-contained. 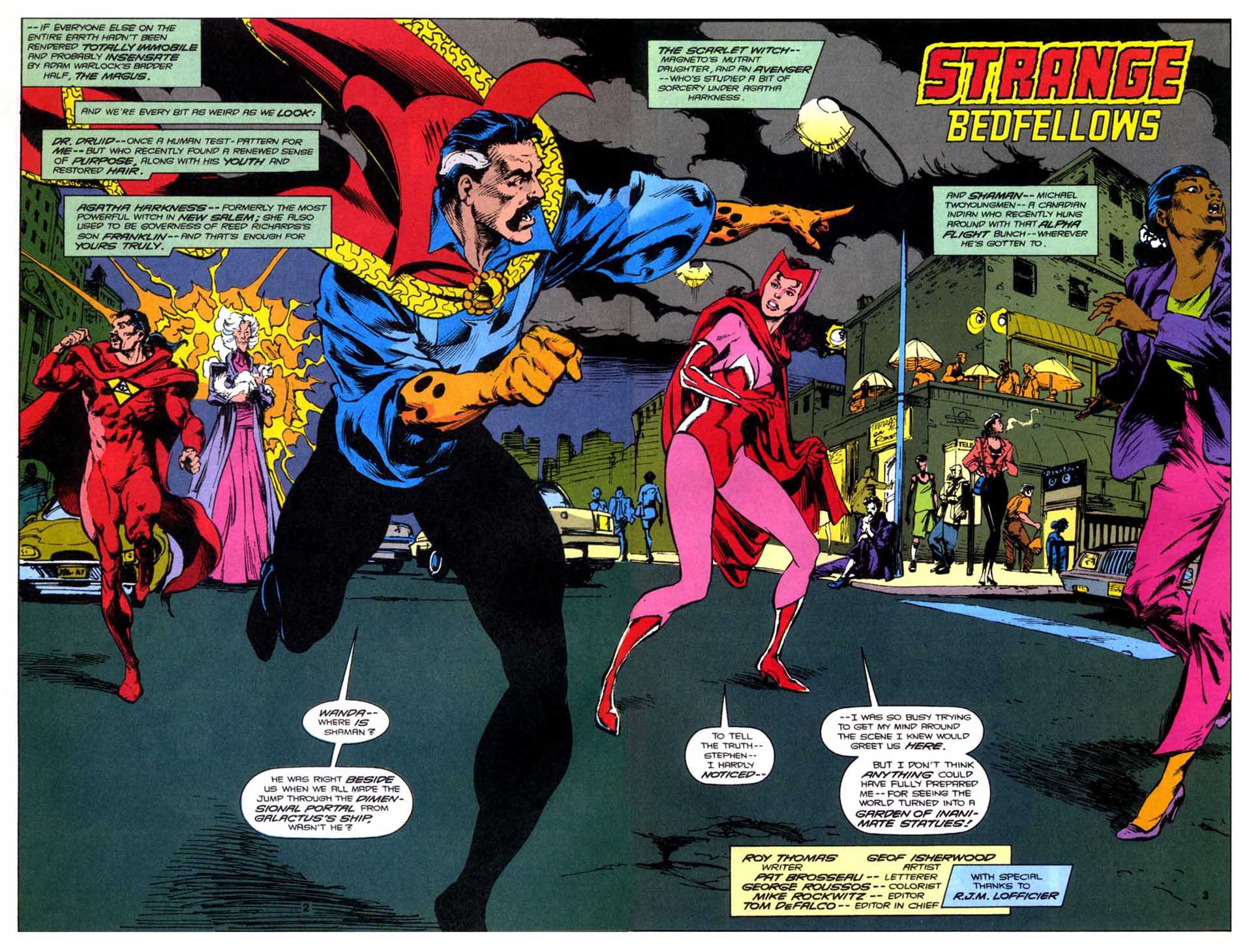 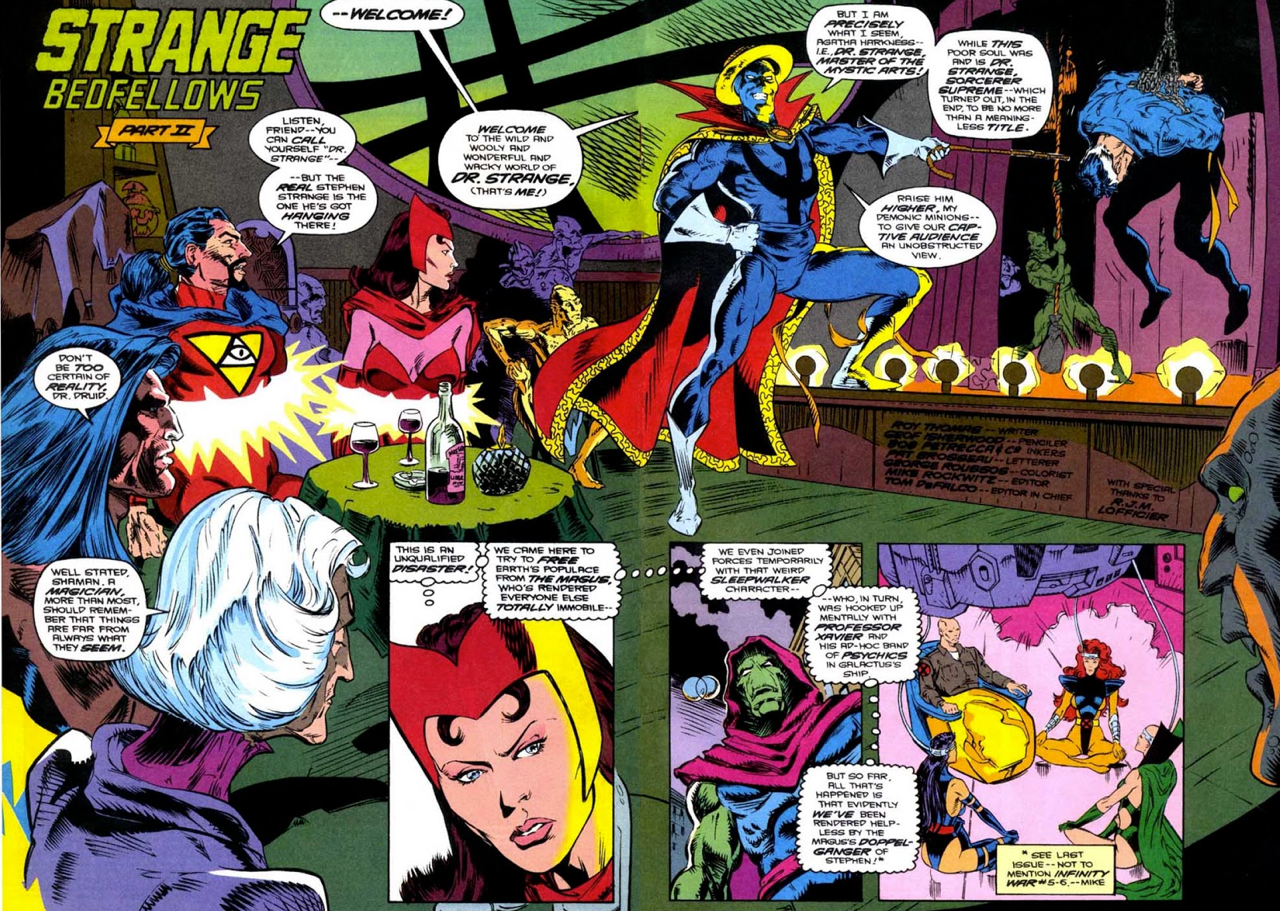 So, it’s Strange vs. dopplegangers, etc.  Strange’s dopple looks like when he wore a full-body costume. 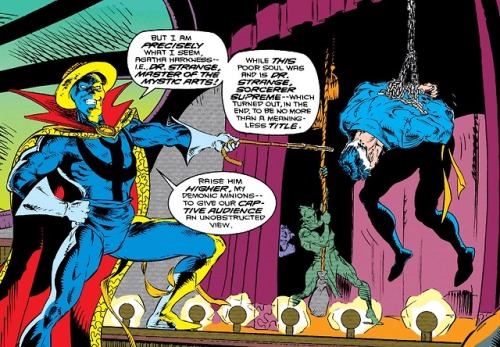 And acts silly.  But this battle is pretty decent–it’s the best part of these issue.

And some details on the back-story of how the heroes defeated Magus’ army. 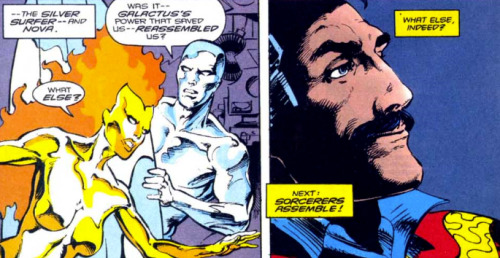 It was Dr. Strange all along.  Awwwwwww……