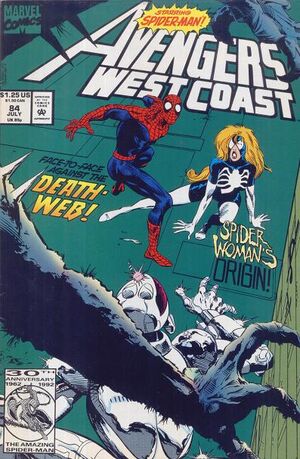 I like that Spider-Woman gets some focused attention, because, really she NEVER has before.  This is the first time.  I wish she wasn’t still tied to Spider-Man, but whatever.

It’s an origin story.  It starts with Peter Parker, in reporter-mode, in California investigating the death of a journalist. 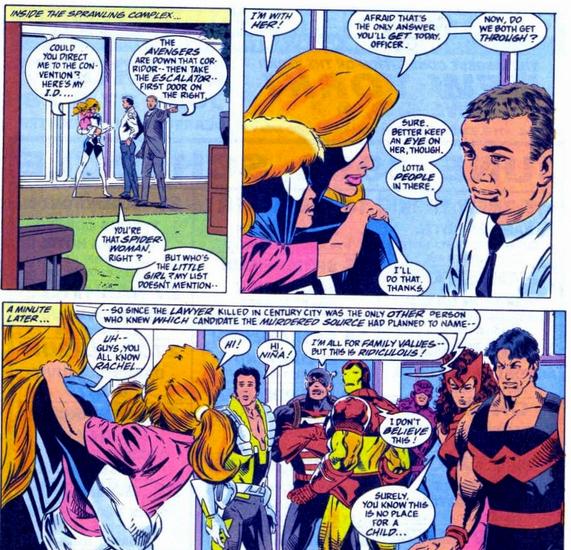 And Spider-Woman has to bring her daughter, Rachel, and we learn a bit of backstory through flashbacks that Valerie Cooper knew Julia Carpenter in college, where she became Spider-Woman 2 as a result of college science experiments. 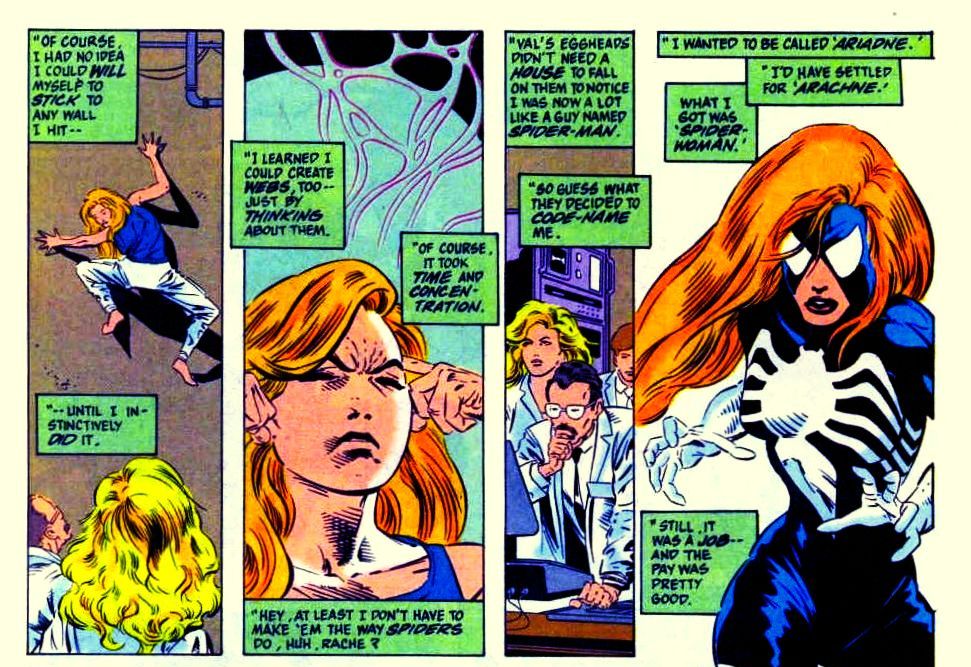 Just accept it.  Ignore how ridiculous that is.

At this point the dead journalist and the WCA stories merge… 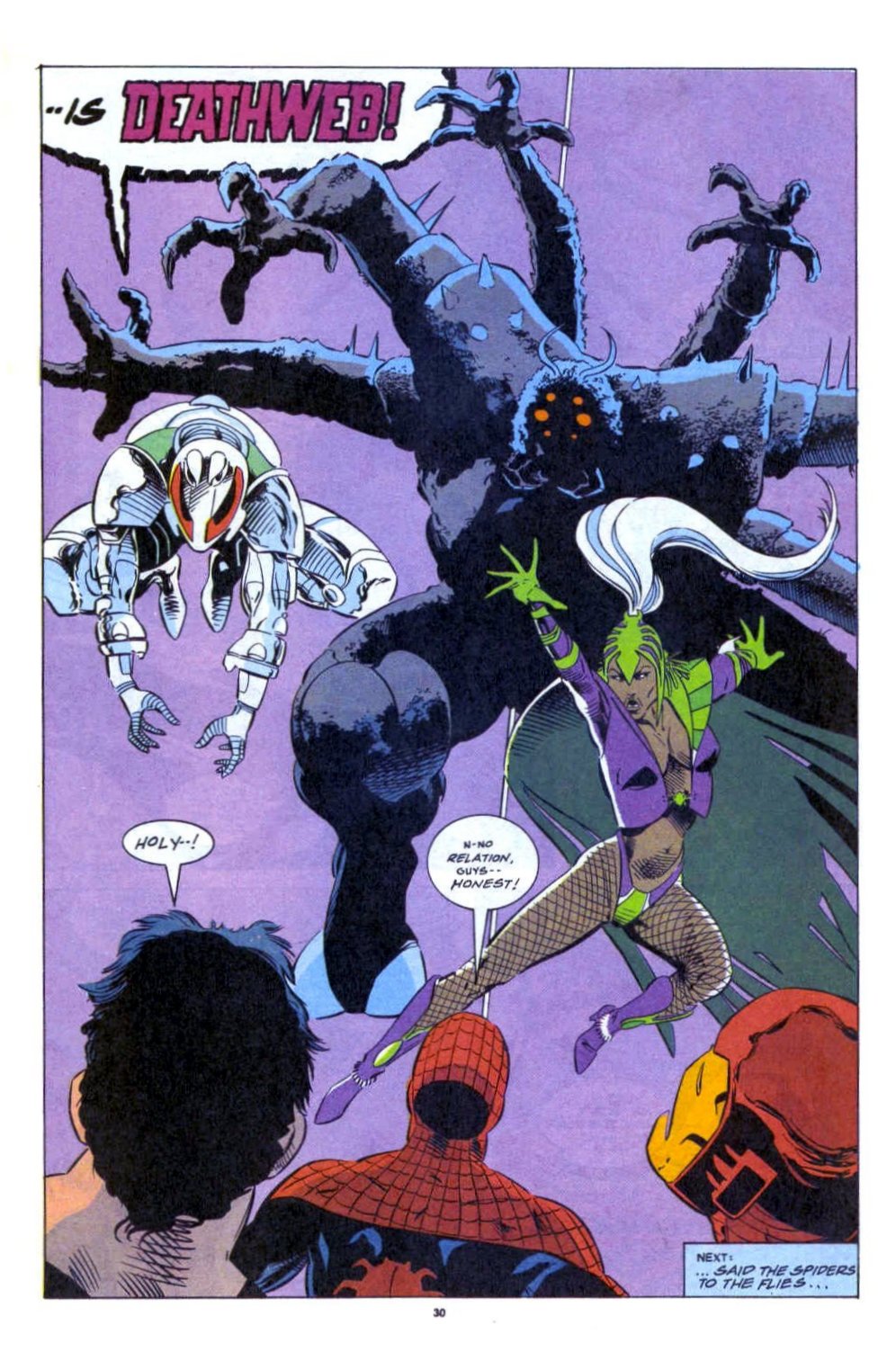 A group called Deathweb killed the reporter, there’s a big fight, and the bad guys take Spider-Woman 2’s daughter.  From there, it’s a conspiracy story as the heroes track down and rescue Rachel.

Spider-Woman 2 never ends up being someone who matters much, but if she had, this story would have mattered more.  At the end of it, she reveals her identity to her ex-husband, and along the way there are some good moments that flesh out the character.