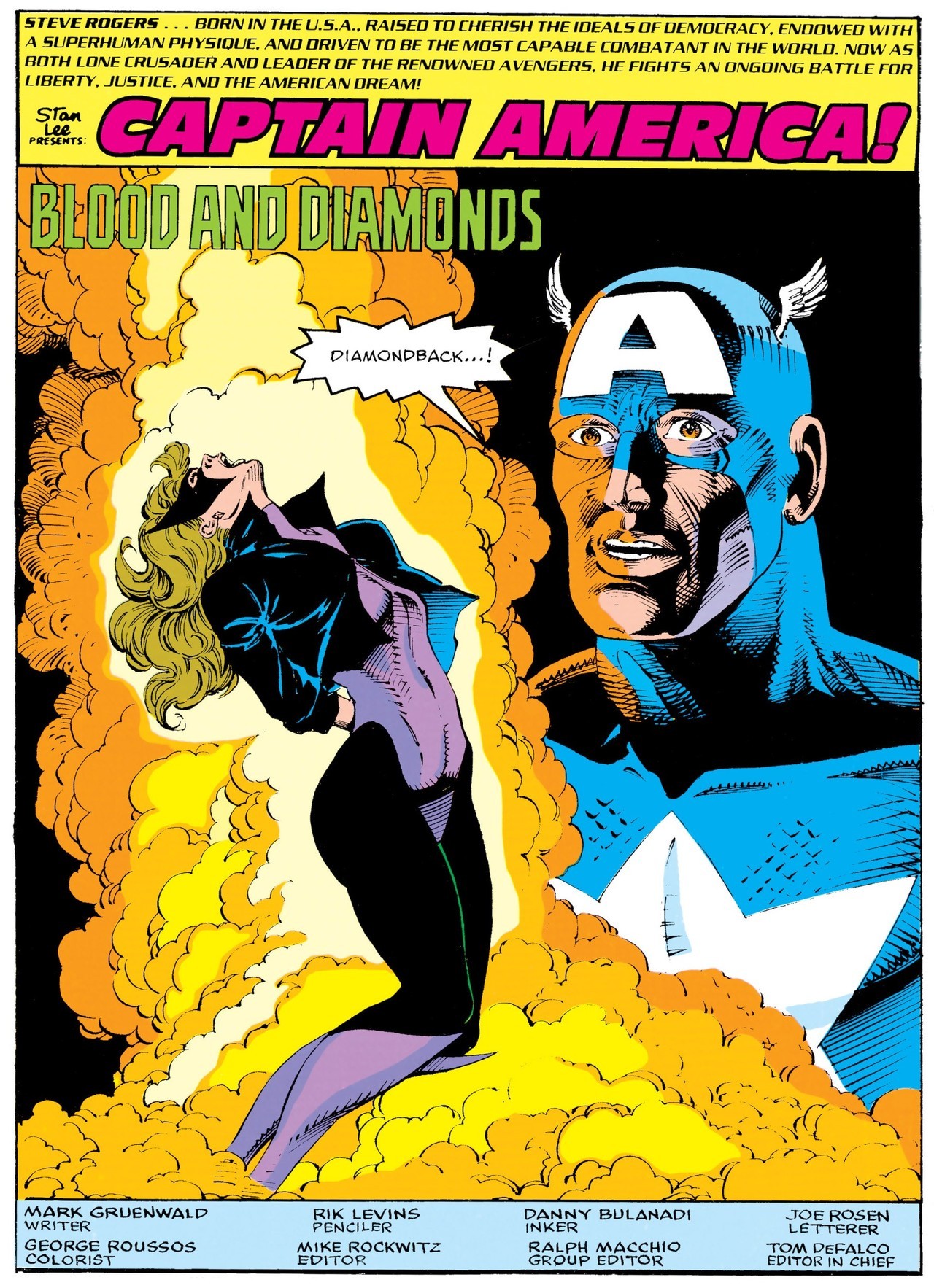 Now that Cap is done being a werewolf, we can get back to the Diamondback storyline.  And it’s all very serious… 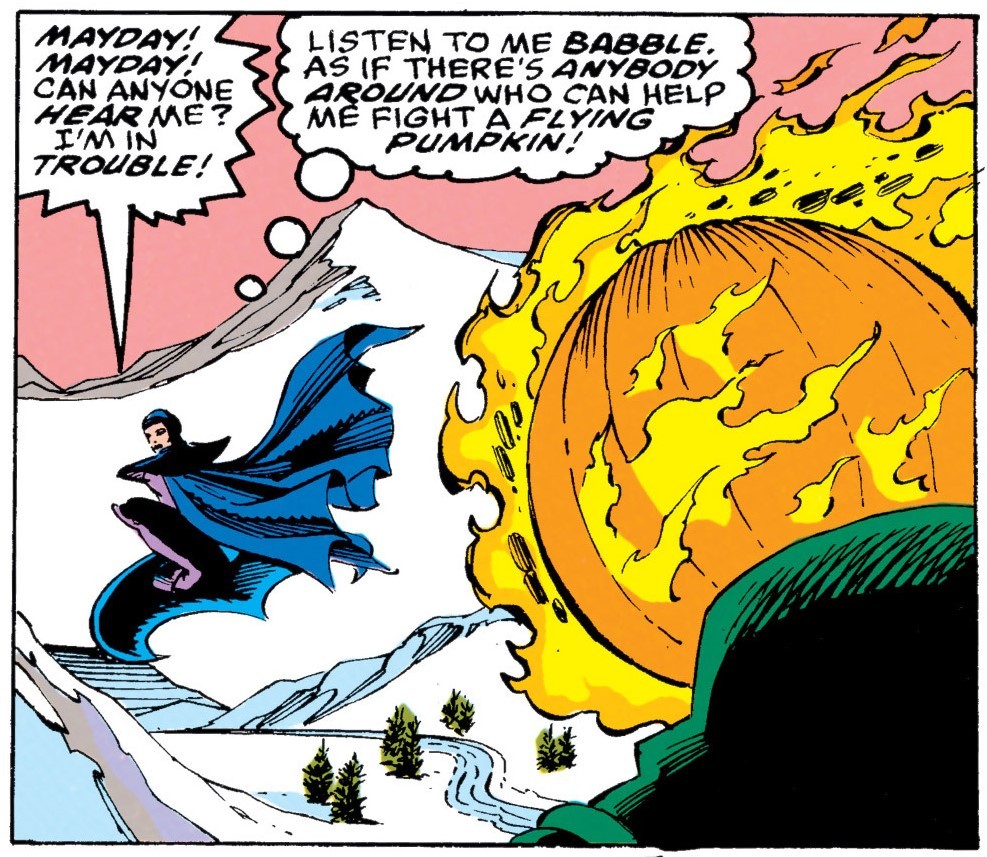 Cap gets help from Dr. Druid tracking down his kinda-girlfriend.  She’s being held by Red Skull, who has some vials of Captain America’s blood and wants to see if he can duplicate the super soldier experiment.  Diamondback will be the guinea pig.

Also, Jack O’Lantern is in the mix, and so is Falcon.  And Mother Night.  And Crossbones. 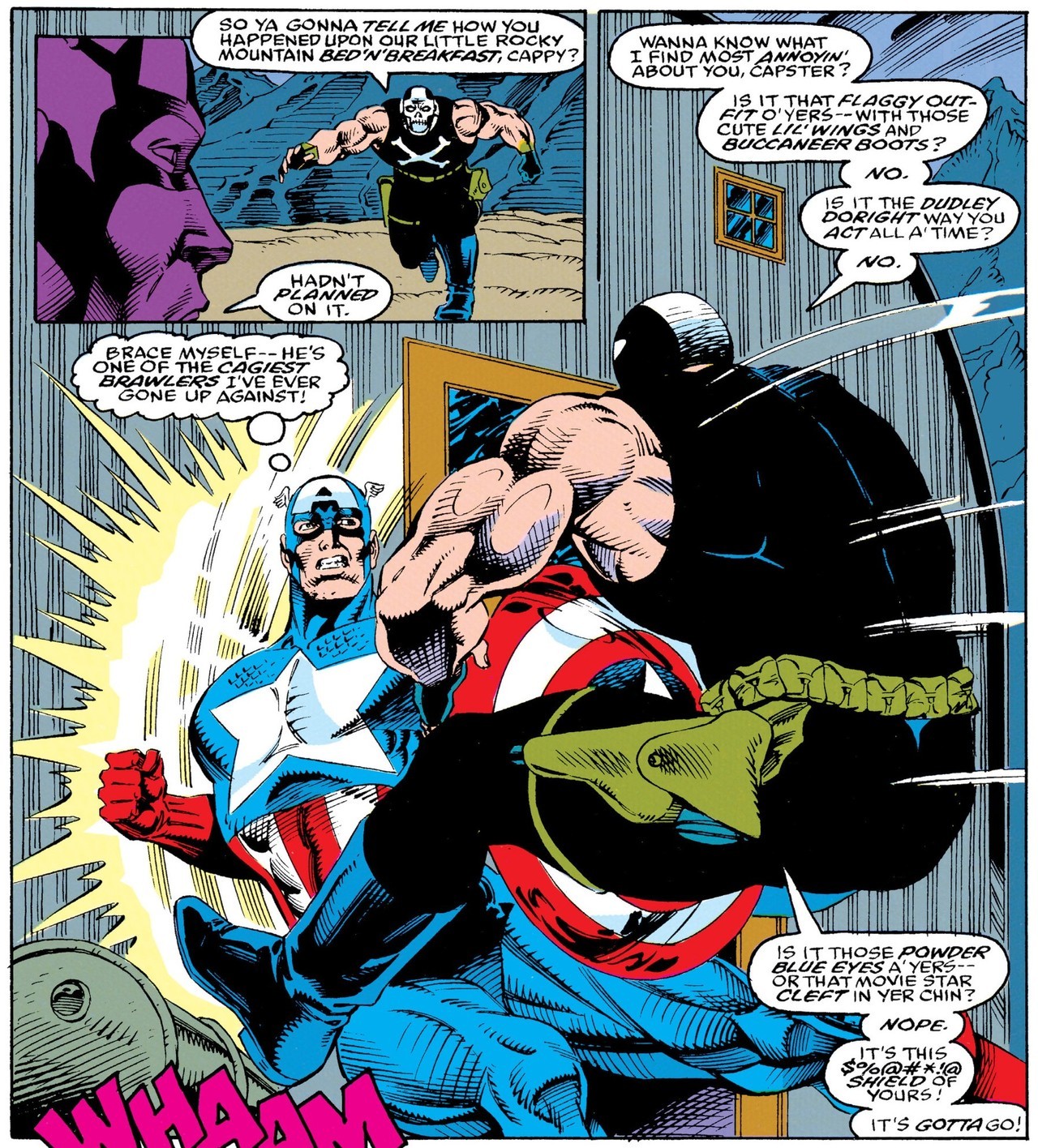 And a whole bunch of people who I haven’t tagged because I just don’t care about them and they only ever appear as part of the Red Skull’s menagerie. 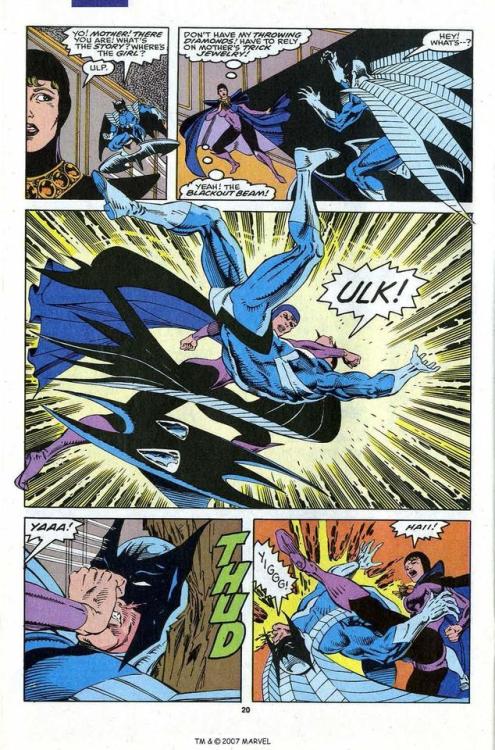 I know I’m not really doing my job, but enough is enough.  Mark Gruenwald creates new characters just about every issue. And most of them are uninteresting and not developed.

By the end of these issues, Diamondback has received Cap’s blood and it has, in fact, given her a power boost.

Also, in these issues, is a passing nod to Infinity War, with D-Man fighting his doppleganger.