J. Jonah Jameson has started a new media project: Now Magazine. He hires Peter Parker to accompany a reporter on a story in Appalachia, where they encounter creepy rednecks and, at the end, Spider-Man appears to have been killed by the F-list villain Magma… 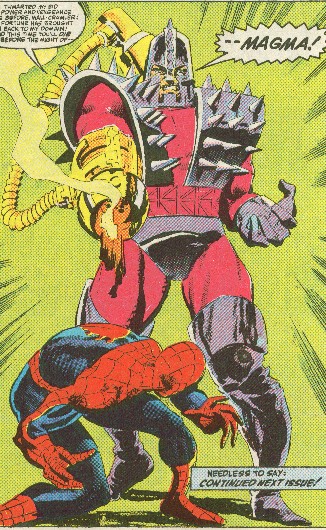 …who appears in less than ten comics for his entire career.

This couldn’t possibly have fooled anyone. But the next issue of Web and the accompanying issues of Peter Parker and Amazing all are without Spider-Man, extending the illusion that he’s dead.