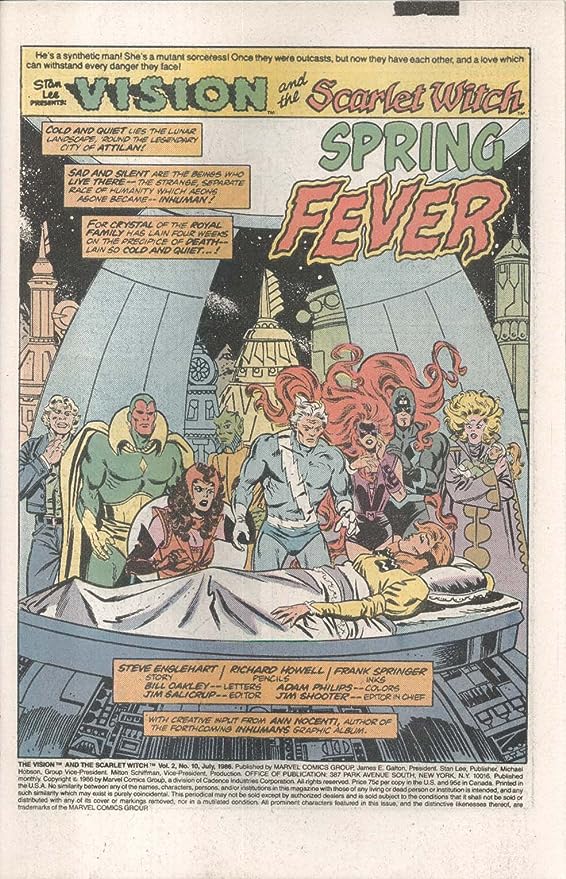 Norm is a “normal” human who lives on the moon with the Inhumans, and he and Crystal have been developing a little something-something on the side.

Quicksilver is, of course, pretty angry about it.  Meanwhile, Crystal is in a coma due to some bad medications.

The Inhumans and Scarlet Witch try to calm the situation, to no avail.  There’s some squabbling, and Black Bolt puts an end to it. At the end, Quicksilver runs off.

Creators: Steve Englehart and Richard Howell, “with creative input from Ann Nocenti, author of the forthcoming Inhumans graphic album.”  Marvel was doing a lot of advance hype about projects that were years out.  I can only assume that means Editor in Chief Jim Shooter was asleep at the switch, because the Inhumans Original Graphic Novel doesn’t actually get published for another 2 years.

This kissing scene is very creepy. 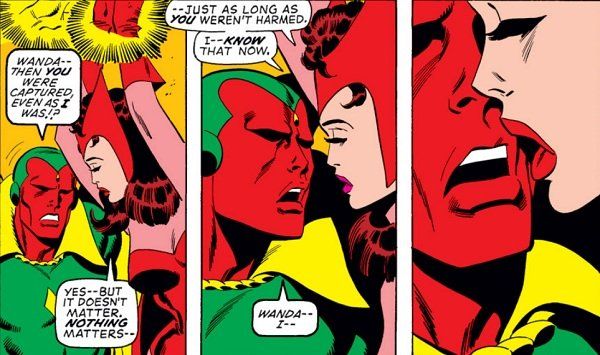