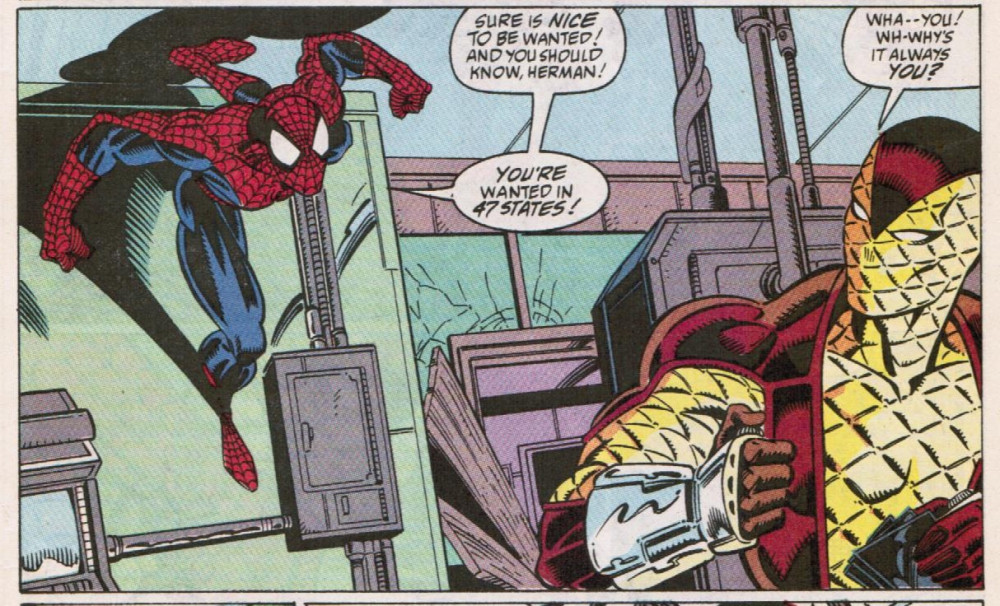 In issue #364, Spidey faces off against Shocker.  It’s a fun little action story, but the real story is the subplot.  We see two people arrive at JFK airport, and they appear to be Peter’s real parents.

This is a bad idea.

Issue #365 is the 30th Anniversary bonus size issue, with extra stories by other creators–none of which are worth mentioning.  Except that MJ looks hot dancing at a party. 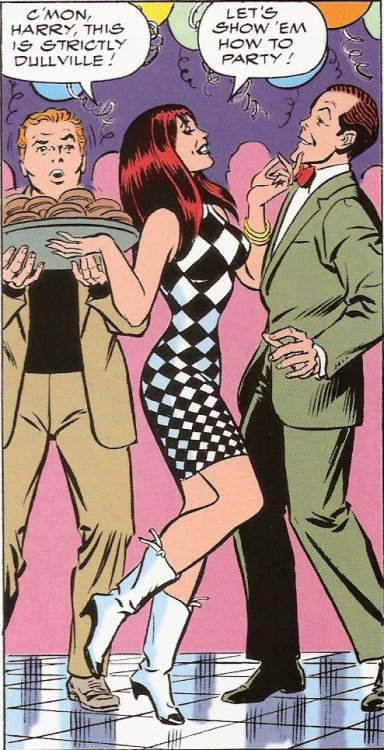 The main story continues the “meet the parents” plot, and also offers a Lizard villain-of-the-week.  During the Lizard fight, Spider-Man is trapped under rubble, so this 30th anniversary issue pays tribute to Steve Ditko’s classic Amazing Spider-Man #33 panel… 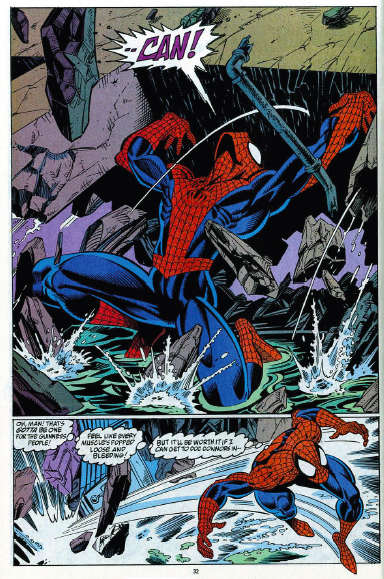 Lizard is beaten-and-cured (again) in the one issue.  It’s a standard Lizard story, with all the familiar beats, but it’s fine.  Just not great.  And Peter’s parents arrive at Aunt May’s house and she faints when she sees them. 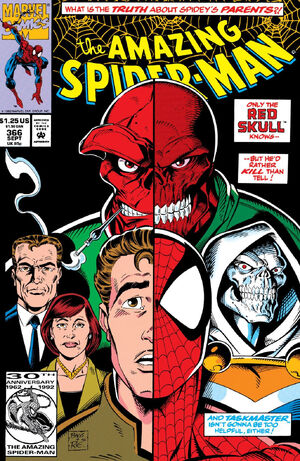 Spider-Man is trying to figure out the mystery behind his parents, learning they were kidnapped by a Red Skull clone, as well as other info that actually ends up being a Taskmaster plot.  Oh, and Solo is also involved.  And Taskmaster has some new students, one of whom is Blood Spider. 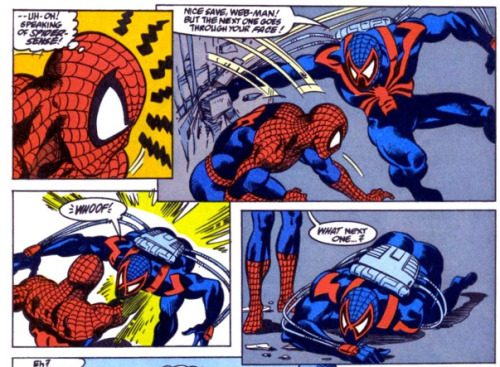 It’s an attempt to introduce some new characters, but everyone else seems to know that this is a bad idea and we never see these guys again.

Spidey confirms his parents are spies, changes into Peter Parker, goes to see his Aunt May, and… Peter and his parents find each other.  And it only took until issue #367 because there’s so much filler, back-ups, and battles.  The battle parts are fine–like I said, the Lizard and Shocker stories are solid, and Taskmaster is always a good villain.  In fact, these issues would have been better if that’s all there was.  The parent stuff is an unwelcome distraction.  And they’ll be sticking around for a while.