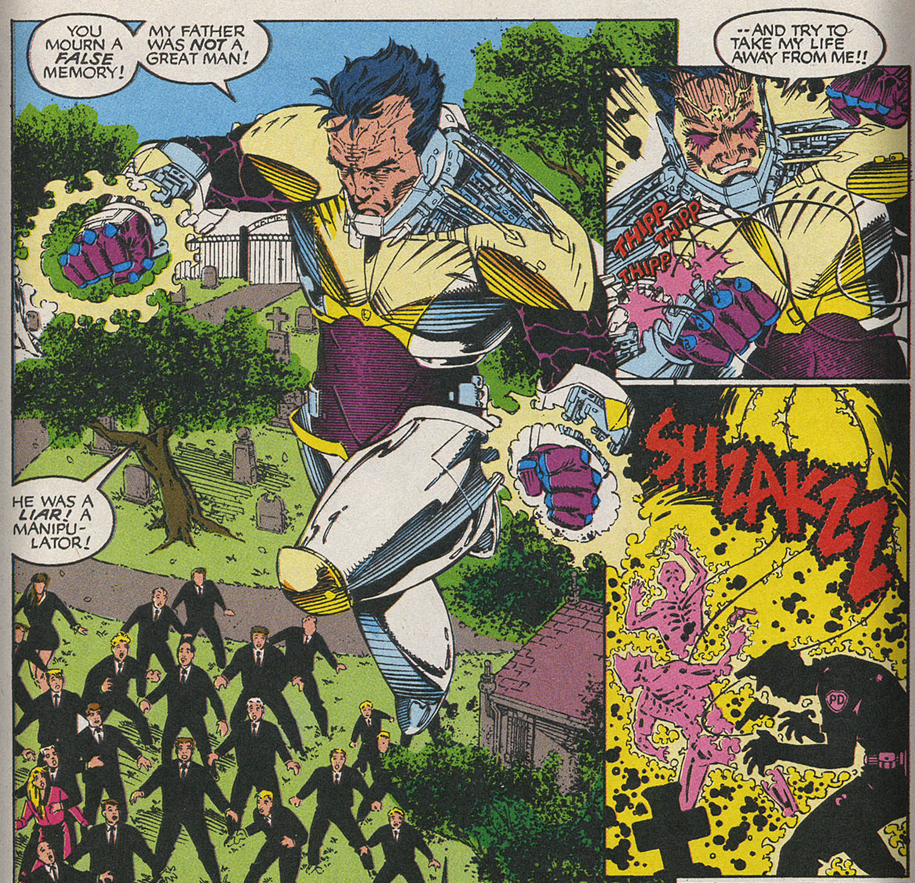 This new X-Men book is exhausting.

Professor X is kidnapped by a new villain named Hazard, while attending the funeral for Alexander Ryking, who is another character introduced and then killed quickly.  Hazard is Ryking’s son, and he’ll also die before this story ends.  And to make matters worse, we learn that Professor X’s father, Juggernaut’s father, and Hazard’s father were all part of a government nuclear test that created mutants (like the Professor himself).  This basically means Professor X is similar to Wolverine, in that he is the creation of a secret government program.  But wait!  There’s more!

It turns out, Daddy Xavier’s government program was a predecessor to the Weapon X program.

Wolverine’s origin, in the early ’90s, keeps being mysteriously and vaguely expanded but we never really get answers–instead we get introduced to dozens of disposable (and disposed of) characters.  There’s no need for any of this.

Anyway, the X-team rescue the Professor.