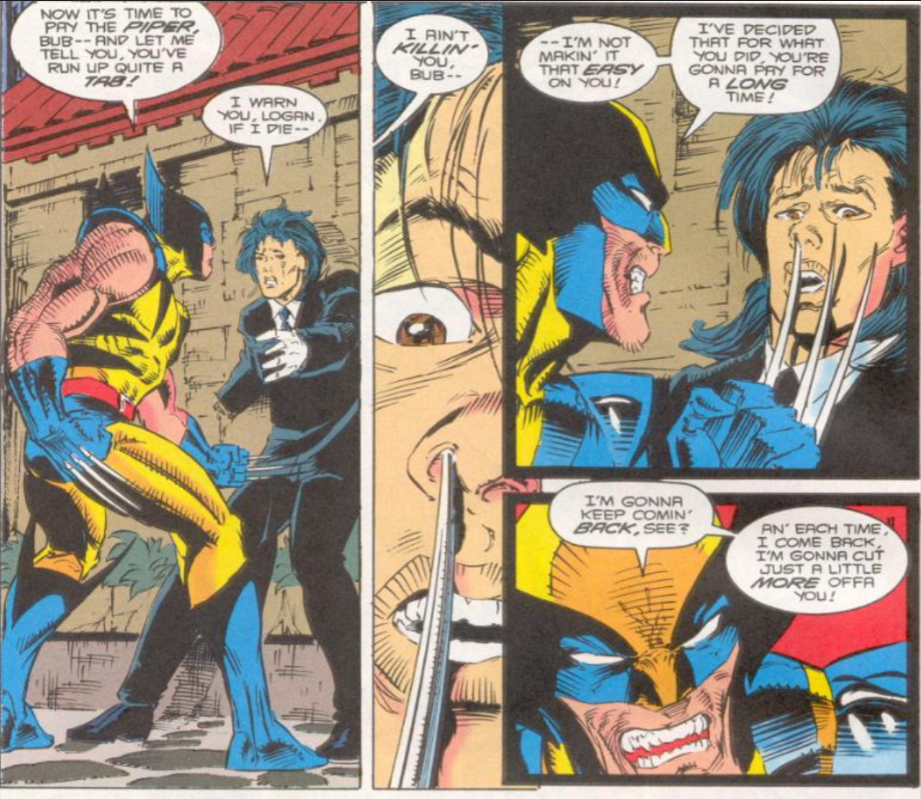 More about the Weapon X program.  Lots of Wolverine flashbacks—and Sabretooth ones as well–about a dozen or so characters we’ve seen in this (and other) Wolverine titles in the past, and I continue to find it challenging ad frustrating to deal with all the various storylines.  And the fact that there are so many confusing flashbacks makes it even harder to identify what matters and what doesn’t.  I do like that Wolverine’s claws-cutting-ninjas make the sound of one of the best Marvel artists of the ‘80s…. Mike Zeck.  I wonder if that was on purpose?  It had to be, right?

Anyway, Nick Fury teams Wolverine and Jubilee up with another Weapon X Program character, and tells them that a teleporting samurai named Shiva (on the cover, above), is trying to kill all Weapon X survivors.  So, lots of various new characters are introduced and killed.  And I’m not sure we learn all that much.  I mean, I didn’t learn anything.  But again, I find these flashback stories very hard to follow.