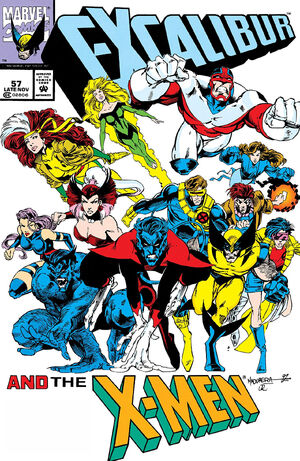 The Excalibur team have been off galavanting through all kinds of weird universes for most of the entire history of this comic.  In this story, they meet up with the X-Men.

After more silliness, one of the alternate universe characters, Sat-Yr-9, is missing and the team is looking for her in a London sewer.  At the same time, the X-Men are there because Alchemy has been kidnapped by sewer trolls.  Now, Alchemy is a friend to the X-Men, but as Excalibur where looking for their friend, Alchemy started turning them into gold. 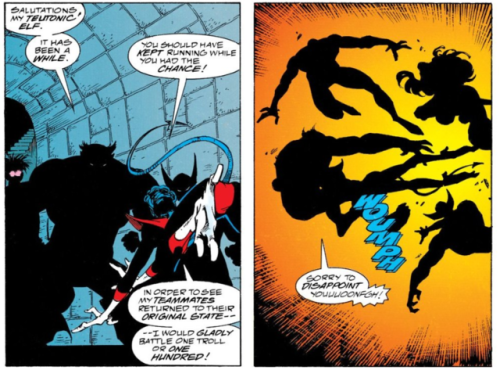 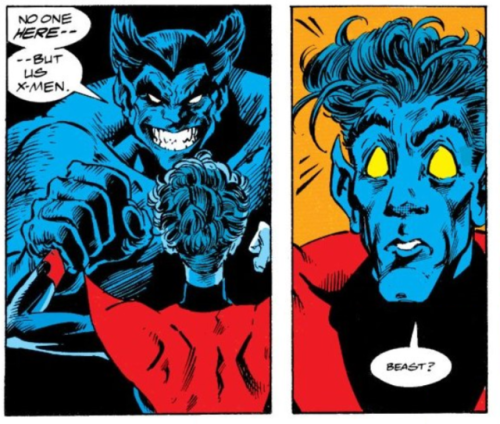 As the adventure continues, Nightcrawler—who is the team leader for Excalibur—doesn’t have much of a leadership role because his team is mostly captured or turned to gold. This is a new aspect to the Nightcrawler character, I think, and it’s appropriate that it happens now.  He’s been leading Excalibur for several years now, so he has found his voice.

Eventually the teams  get everything straightened out and the trolls are sent to the Alice in Wonderland world. 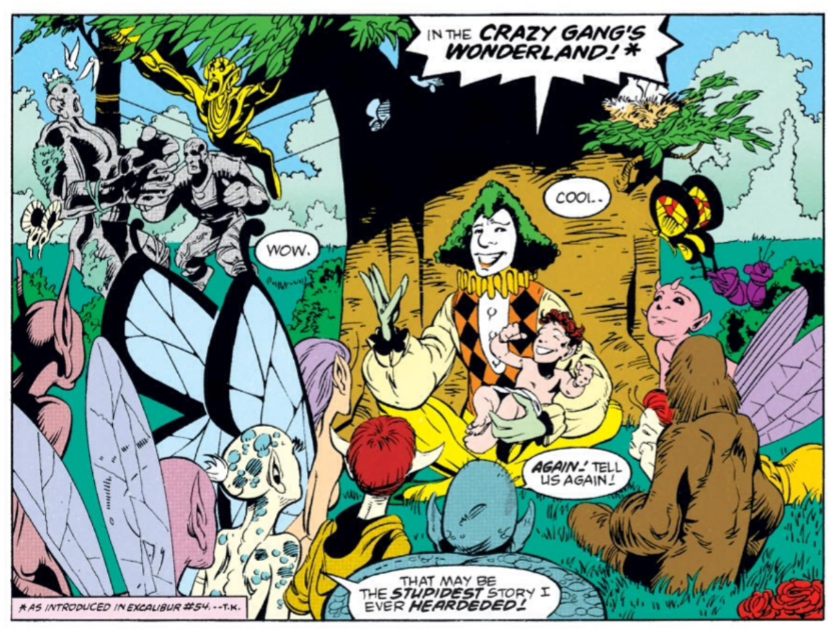