Hey!  Where did Todd McFarlane go?

This book suffers from his absence–but it’s still pretty good.

For his entry into the Acts of Vengeance event, Kingpin hires Graviton to fight Spider-Man.  Now, G has fought then entire Avengers.  This is clearly a mismatch.  He does in fact beat Spidey. 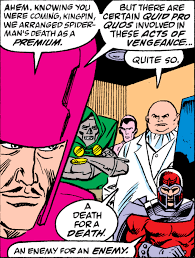 But then, annoyingly, we have to jump to Spectacular Spider-Man #158, or else we won’t understand Amazing #327.  But note that there IS a quid pro quo for this team of rivals.

In Spectacular, Spider-Man fights Trapster and loses AGAIN.  So far, not a great outing for him.  But after his humiliating loss, and believed by the Acts of Vengeance Cabal to be dead, he wanders back to his University laboratory and gets hit by a strange bolt of electricity, which leads to a power up.

His webbing gets a mind of its own and his five senses plus his spider-sense get augmented.  Then he goes and trashes Trapster.  We will learn later that he’s been given the Captain Universe power, first introduced back in the pages of Micronauts.

Next it’s on to Web of Spider-Man, where he fights Titania.  And as you can see from the cover, it happens at the Daily Bugle so the new owner, Puma, is also involved.  Are you getting the idea?  It’s just issue after issue of Spidey taking on different foes.  Depending on the villain, your results will vary—and there’s really not much holding this “event” together other than lots of fights.  It’s mindless, but occasionally entertaining. 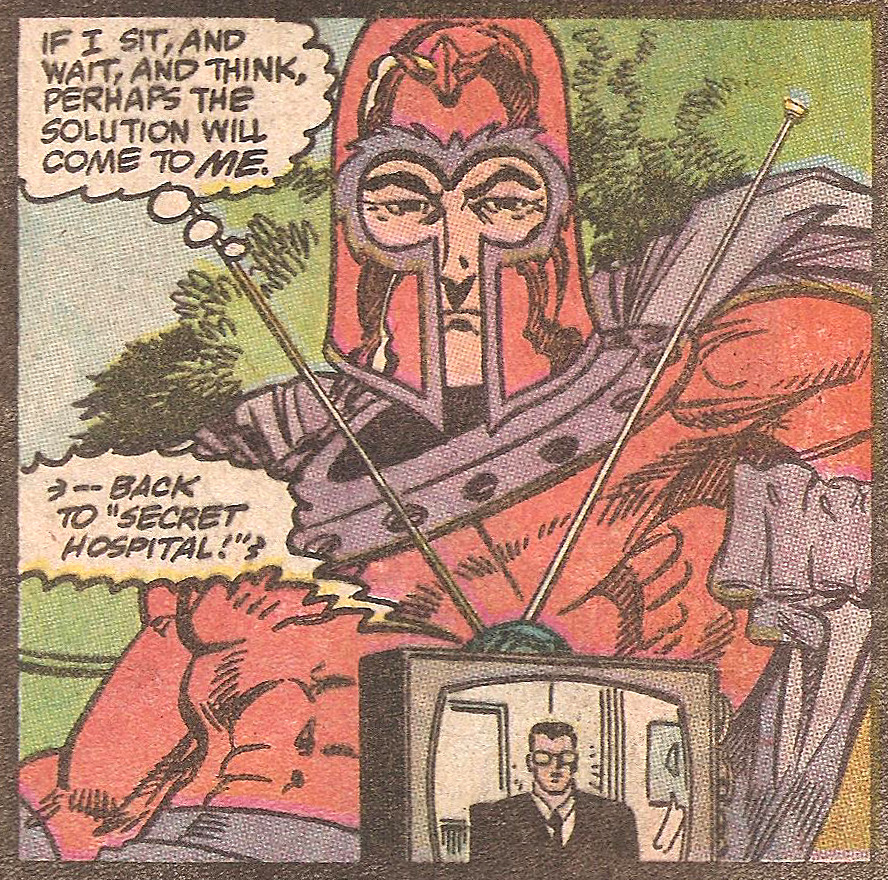 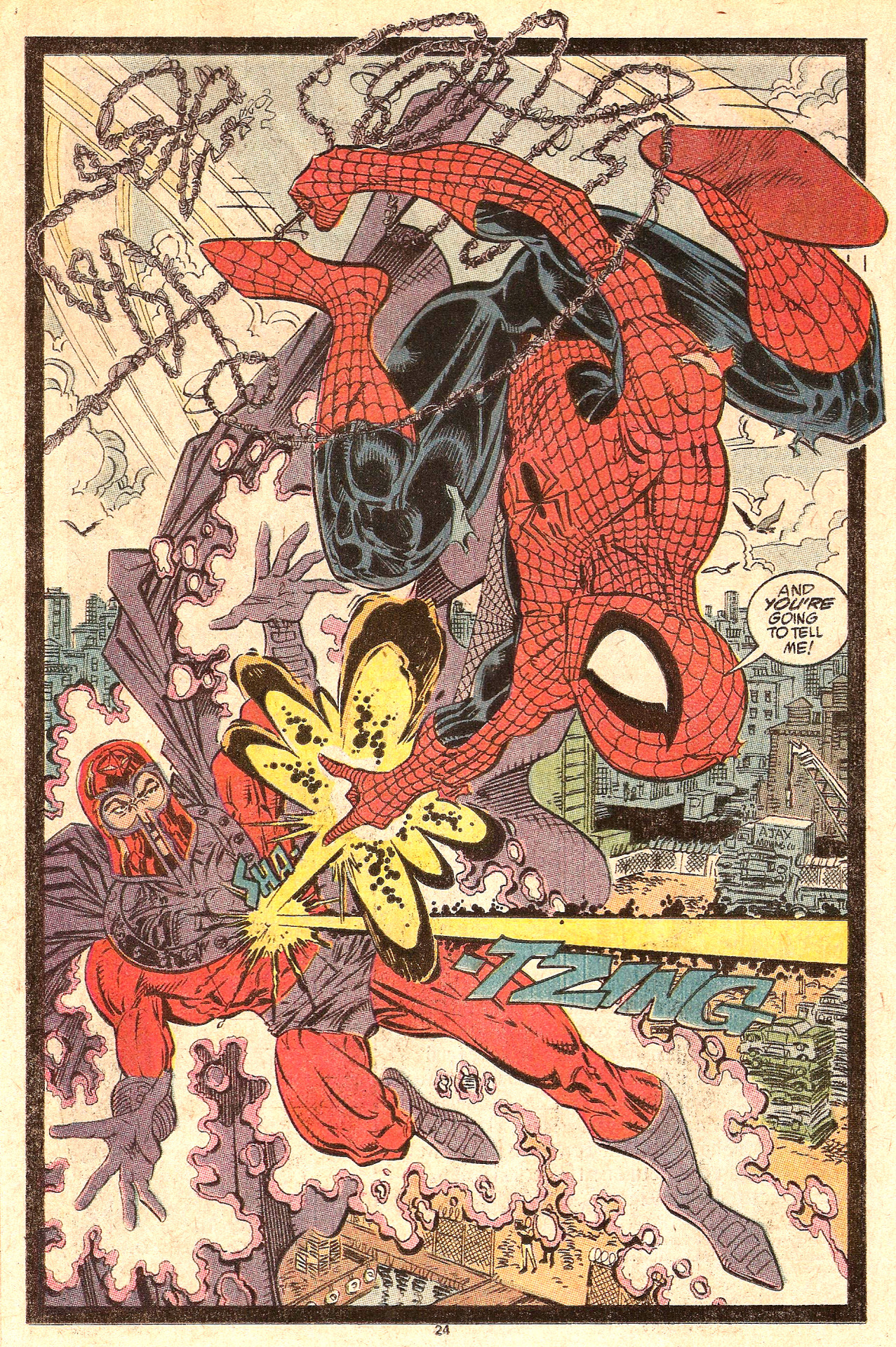 Over the course of these Acts tie-ins, which all weave together, Spidey (with his Captain Universe power-up) takes on Magneto, Hulk (now calling himself Hulk but still grey like Mr. Fixit), Brothers Grimm, Shocker, Dr. Doom, Dragon Man, Wizard, and several others until we get to the big finale in Amazing Spider-Man #329

For the finale, Loki creates a giant super Sentinel and Captain Spiderverse fights it, but the effort saps him of the Universe powers. 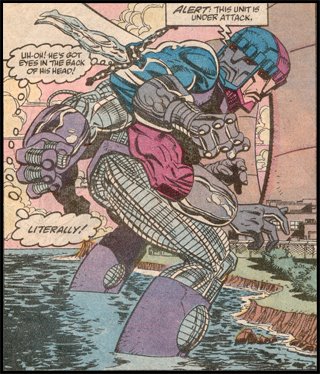 It sounds bad, but this is actually a really fun arc during Michelinie’s run. Spider-Man starts leveling up in a major way, and can’t figure out why, until the big reveal that he’s become the next Captain Universe. It’s not a long-lasting storyline, although it crossed into both Spectacular and Web (and Quasar). It also bridged MacFarlane and incoming artist Erik Larsen. Larsen drew the panel above and MacFarlane finally delivered some art that I like in a Hulk story.

MacFarlane left Amazing Spider-Man to write and draw “Spider-Man Volume 1.” The first issue would become one of the best-selling, fastest-selling comics in history. Quality-wise, though, Spider-Man was never really any good. I guess if you love Todd MacFarlane you might like the issues he did. But he left after a year, followed by Erik Larsen, Ann Nocenti, and others, and none of it is very good. Marvel was simply overproducing Spider-Man comics. They would force editors of lines to publish multiple titles, leave no cash on the table (because you weren’t gonna use that money anyway, were you?), and leave the audience wanting less, not more. It’s what would ultimately crush Marvel and force them to rise from the ashes reborn, under the expertise of Joe Quesada, with whole new strategies.