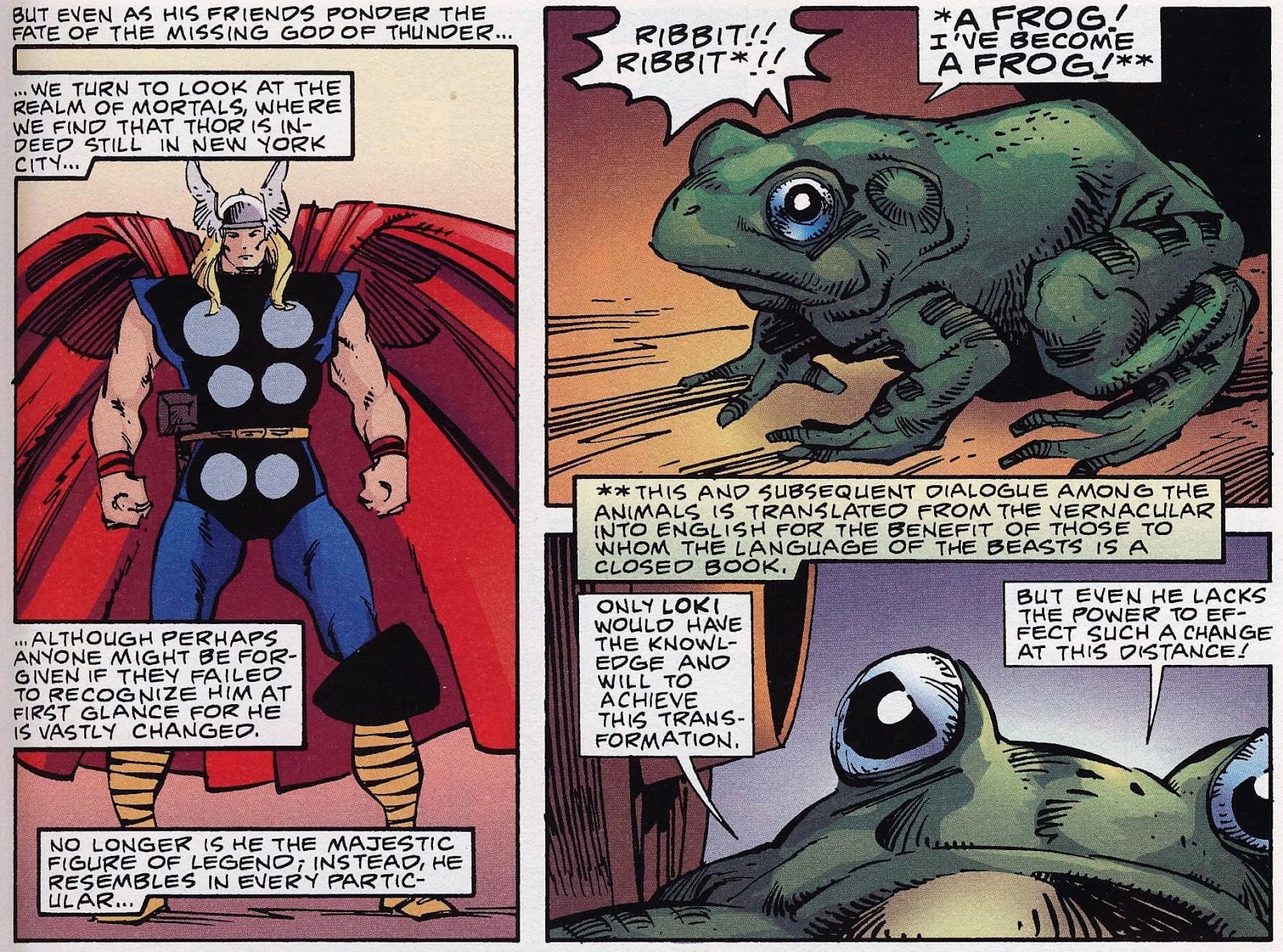 People look back with nostalgia on the days when Marvel still made fun comics that took big risks, and perhaps none was bigger in 1986 than turning a critically acclaimed run on a character who had been on the verge of cancellation and, instead of continuing with muscular Asgard wars, making Thor a Frog.

Yes, we look back fondly—but was it actually any good?

Loki changed his brother into a frog, so naturally Throg (as we’ve come to call him) goes to Avengers Mansion for help—but finds none because Jarvis chases him away with a broom.  (Although he “thinks” in English, he can’t actually speak because, you know, he’s a frog.)

From there, he leads a battle in Central Park between the rats and frogs who occupy the park.  In order to win, he recruits, via the Morlock Piper, New York’s sewer alligators.

It ends up being a big epic when Throg has to foil the rats’ plans to poison New York City’s water supply and kill all the humans.

I wonder if the fact that his wife was working on Power Pack—a true kids’ book—inspired Walt Simonson to go anthropomorphic?

Throughout these issues, we see that Loki’s real plan was to get rid of Thor during Asgardian deliberations on who would be the next king, with Odin being dead.

After stopping the rats, Throg finds Mjolnir, lifts it, and is transformed into a human-sized, God Frog, and goes back to Asgard to beat the snot out of Loki. Thor is restored to his natural form, and Loki is foiled again—proven unworthy because he cannot hold Thor’s hammer.

Thor turns the throne of Asgard over to Balder.