Ever since the first issue, Steve Englehart has been showing an ongoing second Kree-Skrull War.  In this issue, we get some real developments.  First, the Kree Supreme Intelligence went crazy when it was exposed to the Soul Gem, so now there’s a fight for leadership within the Kree empire between the “pink” and “blue” Kree types.  Ronan is siding with the blues. Ronan is taking orders from a Kree leader who stepped up after the Supreme Intelligence went nuts—Nenora.  Only she is secretly a skrull.  Not only that, she’s power-mad and wants to keep her position as head of the Kree—and is willing to kill her fellow skrulls to do it.  When Ronan offers to go kill skrulls, she instead tells him to go kill Silver Surfer, who has been interfering with the war.

Only that wasn’t really Surfer.  And that’s why Nenora wants Ronan to kill him.  It’s a fake Surfer—a super-powered skrull—and Nenora wants him dead.

Ronan, though, finds the real Surfer—not the imposter.  And gets beat up by his board.  When questioned about the killings of Kree, Frankie “Nova” Raye offers an alibi for Surfer, but of course Ronan’s not having it.  Big fight.  Surfer wins.  Then he tracks down his imposter… 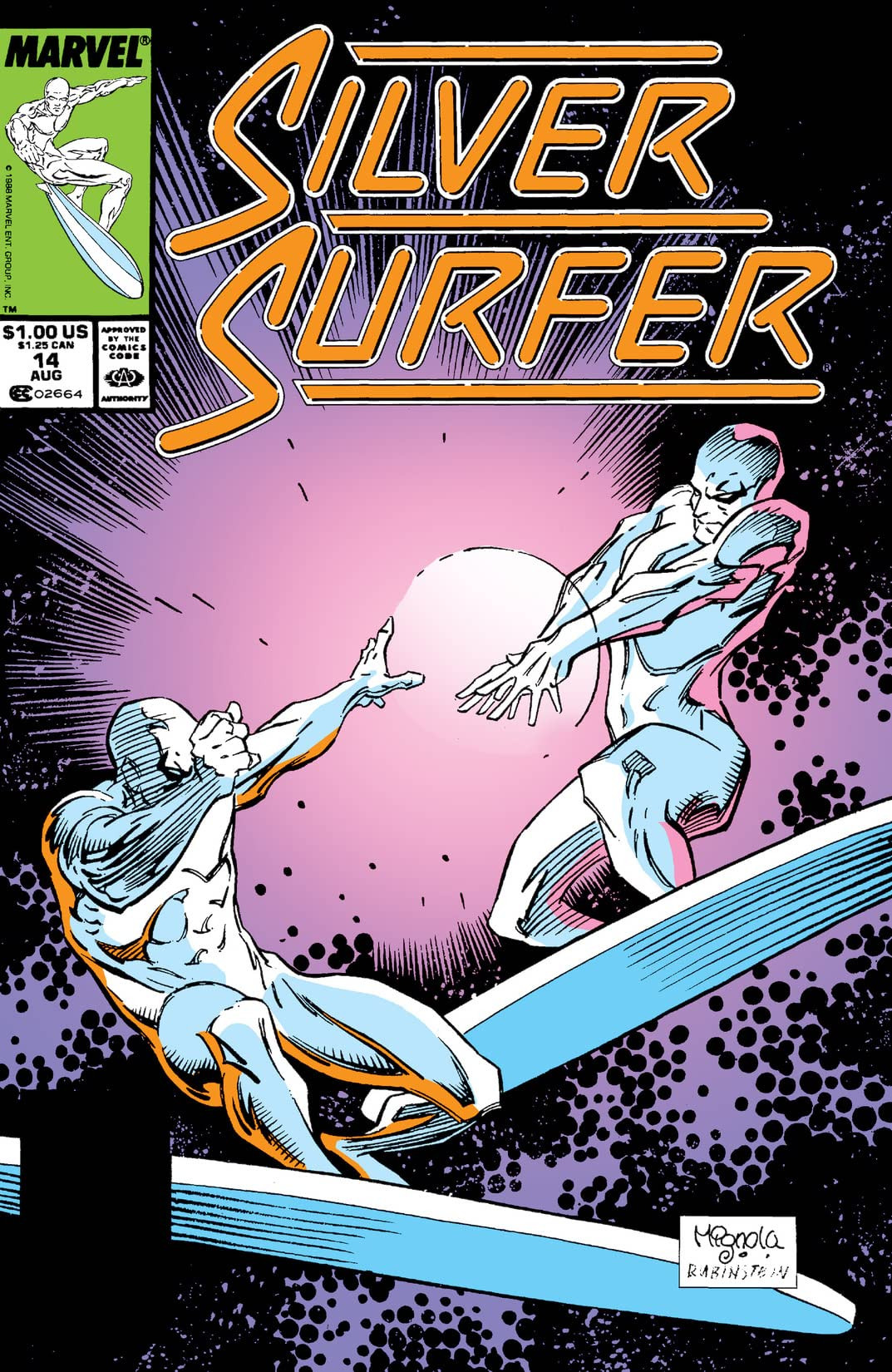 It’s a Skrull named Bartak, which leads some retconning of the Death of Captain Marvel Graphic Novel, where Bartak was present but took the shape of Devil Slayer and a couple annuals where he played the role of Silver Surfer.  He did all this to spy on Earth’s heroes.    It’s interesting to see all this and know that in 30 years, Brian Michael Bendis will similarly retcon a ton of comics to say that skrulls were among us all along, looking like Earth’s heroes.

And then, in a bit of a disappointing ending, Ronan shows up and kills Bartak.   Quite a complex story, with lots of twists and turns.  I just wish Marshall Rogers was still doing the art.