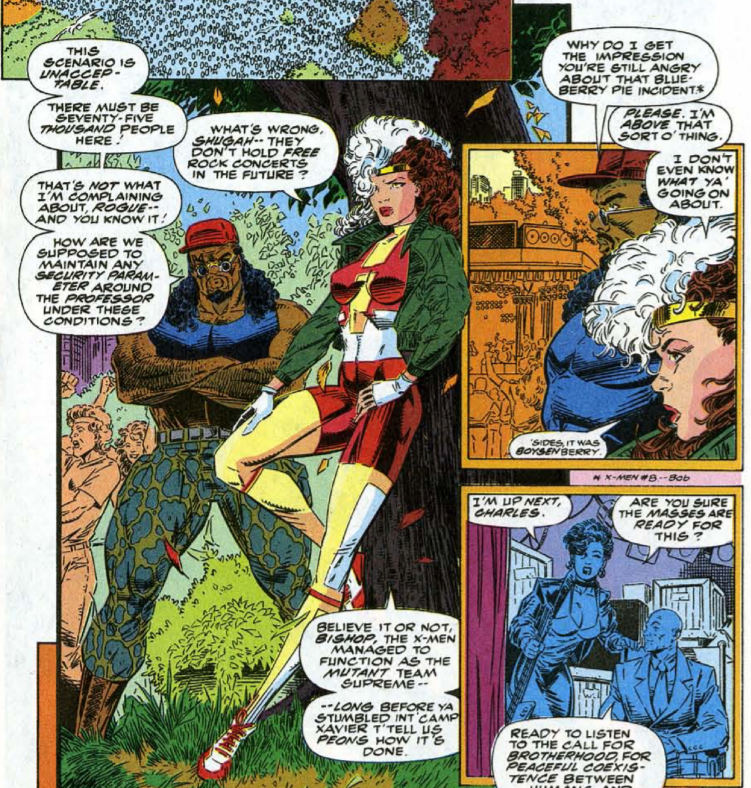 This is the first issue in an X-Men/Ghost Rider crossover, but first a lot more of Bishop.  Professor X goes into Bishop’s mind to see the future timeline he comes from, and everyone agrees that it’s worth changing that timeline.  Also, Gambit was a father figure to Bishop in Bishop’s future. 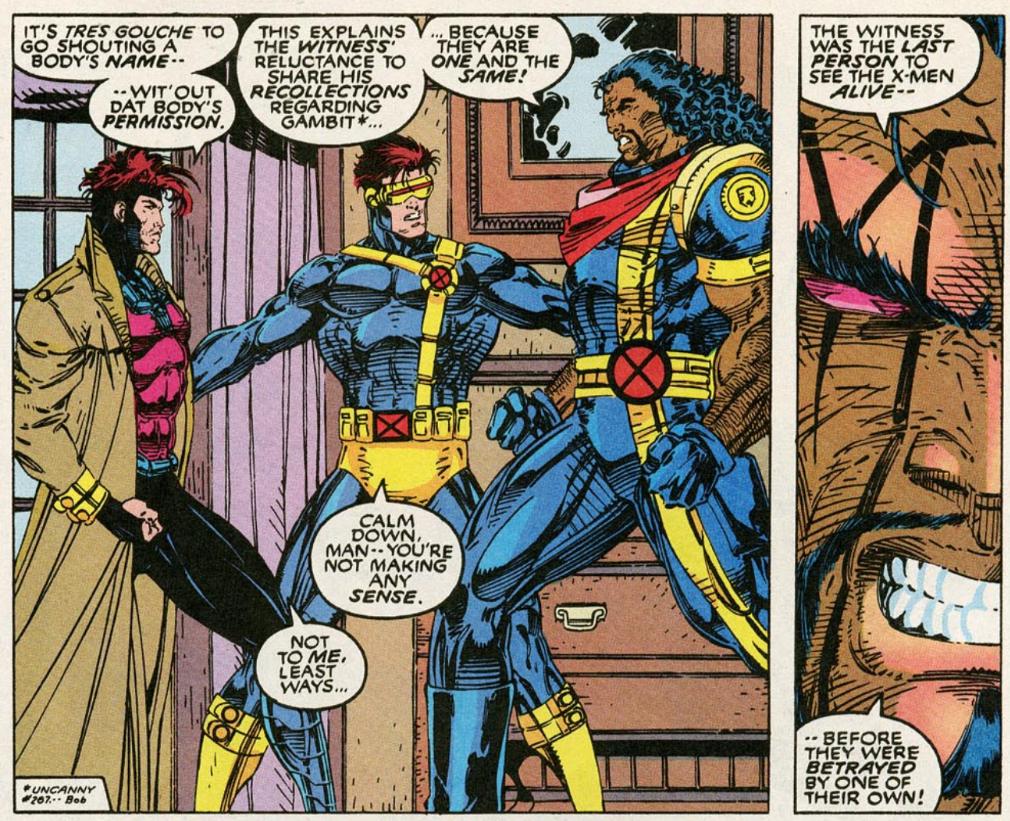 But then he became a bad guy.  It’s also cool to see Bishop integrating with the team, and his views from an historical perspective…. 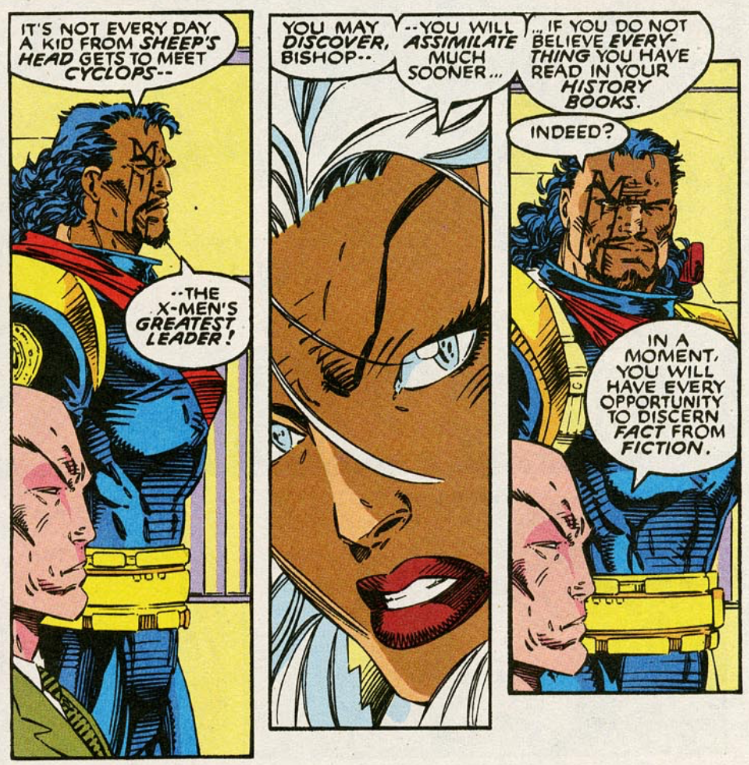 …Which include Cyclops, not Storm, being the greatest X-Men field leader in history.  Storm gets a little insulted.

And in our present…

Gambit is married.  This is the first appearance of Bella Donna Boudreaux, and she’s here to recruit Gambit’s help negotiating peace between the guilds of Assassins and Thieves, which are at war. 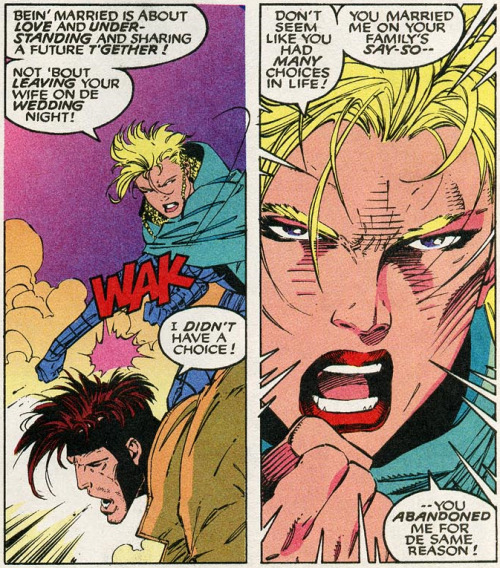 Ghost Rider doesn’t show up until the last panel, and then we’re on to his own comic. 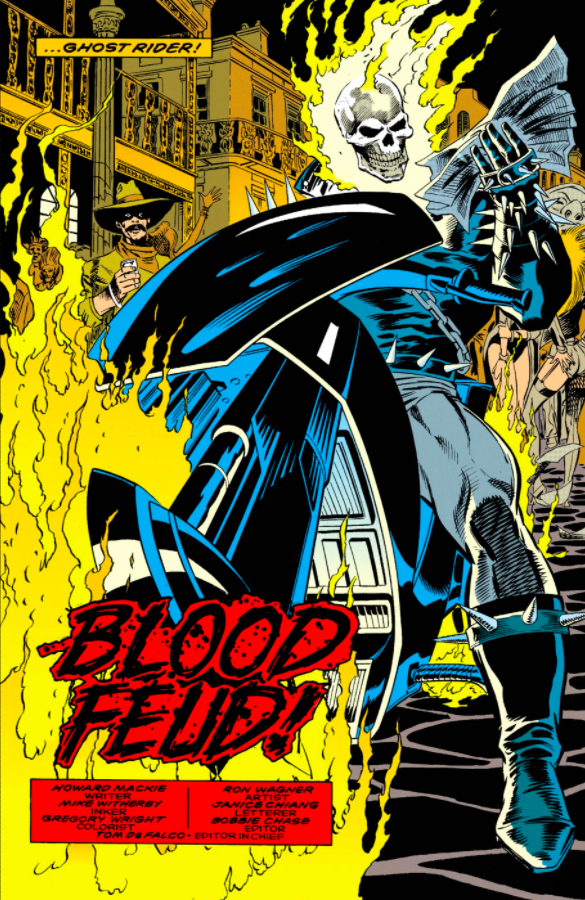 We see GR is in New Orleans.

He’s there to meet up with Johnny Blaze, who lives there, because Ghost Rider can’t change back to Danny Ketch after Ketch was mortally wounded by Blackout. Actually, I think Danny might be dead.  Because that’s his spirit moping around in Ghost Rider’s head.

On the way to New Orleans, the X-Men get pulled over–a nice opportunity for humor.

Anyway, the Assassins Guild and Thieves Guild members all seem to have super-powers, and they’re not the only ones wreaking havoc in New Orleans… 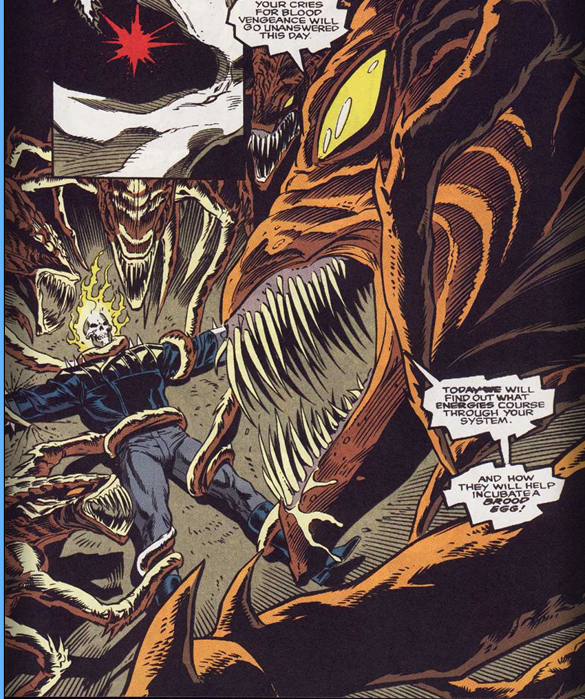 This is quickly becoming a “kitchen sink” story. 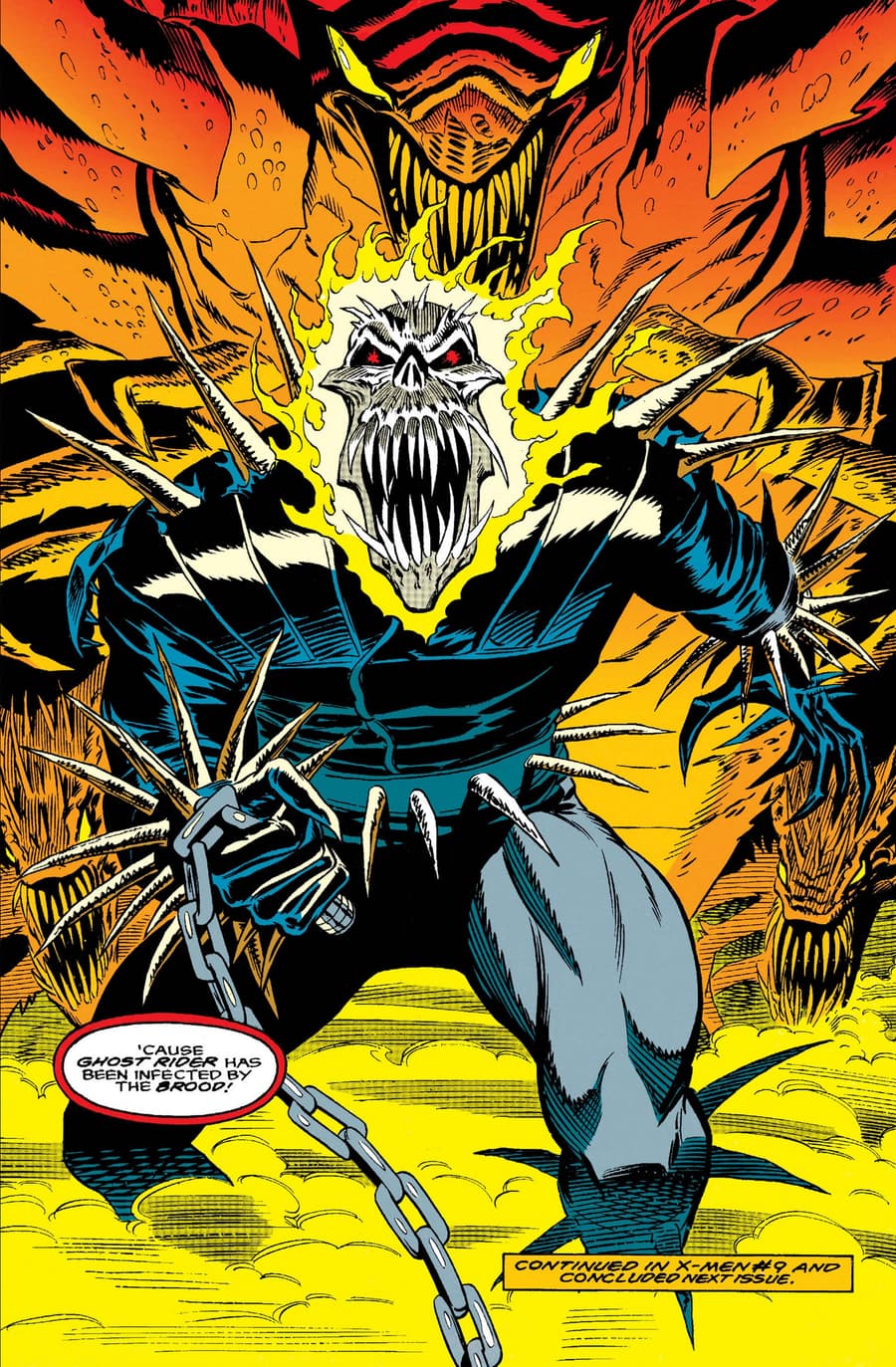 Where we see that, despite being a supernatural being, Ghost Rider has been infected by The Brood.

And now, the big fight comes.  I’ll spare you the incessant posing and huge spreads.

The entire X-Men team fighting Brood Rider shouldn’t be anything close to a fair fight.  The art’s good though. 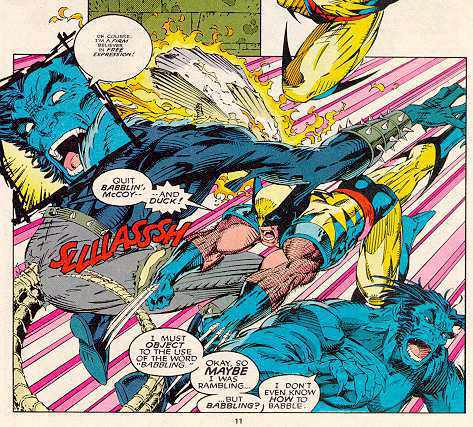 Psylocke mind-melds with Ghost Rider and finds Danny Ketch.  (Don’t bother asking why they don’t just kill Ghost Rider—he’s a demon brood, and hardly a hero, and they’ve never seen him before.)  In so doing, she disinfects Ghost Rider.

Also, Gambit’s Assassin’s Guild girlfriend has psychic powers and for reasons I didn’t understand, she also jumps into the Psylocke vs. Brood psyche battle, and it kills her.  Here’s her death scene: 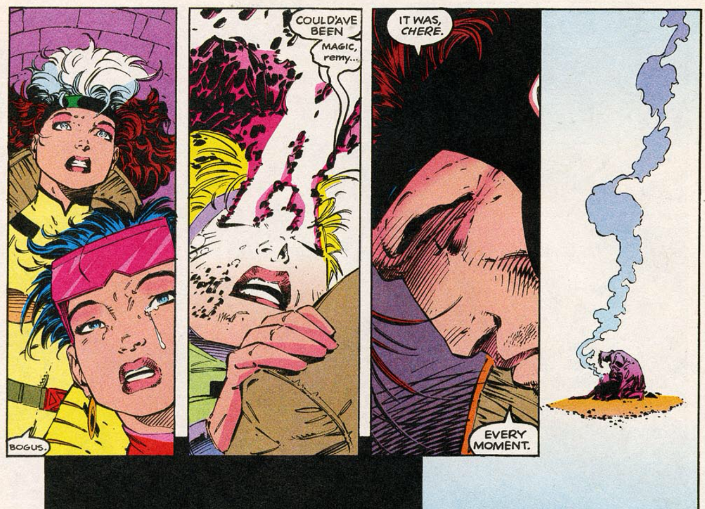 Anyway, now GR is free so they all team up and go brood hunting.  Also, the warring Guilds have a whole bunch of kids who are hostages of the brood because, you know, saving children is always important to an X-Men story.

Oh, and Johnny Blaze also gets involved, with his mystic shotgun.

Remember, this is a kitchen sink crossover.

So at the end of this, nothing is really all that different.  Gambit’s criminal past could have just as easily been left alone, and all that this did for Ghost Rider was get him in the same room as Blaze to talk about saving Ketch’s soul.  At the same time, there’s nothing wrong with this.  Brood and Ghost Rider are very cool looking, so it’s basically just a big, fun fight.