In this issue, David and MacFarlane undo everything that Al Milgrom messed up.  I stand by John Byrne’s run as a very solid take on Hulk, but he left before it really developed, and his successor took it nowhere.  Peter David starts his run by getting rid of the worst parts of Al Milgrom’s run (Rick Jones Hulk) and introducing a dynamic where Bruce and Hulk speak to each other and fight for control over their shared body.

Some of this is retcon—or “revelation.”  Bruce says that, in the past, he has had the ability to control or trigger his changes into Hulk and would sometimes do it deliberately.  Now, though, it happens at night… Bruce says he would use Hulk when he thought he was needed, which confirms Banner’s belief that he’s a hero.

And in these early issues, we see that Hulk doesn’t really like being weaponized like that.  He resents the Hell out of Banner and wants to be rid of him.

It’s a great dynamic—Hulk being smart enough (like, having average intelligence) and wrestling control over his body is what becomes the defining element of Peter David’s amazing run. 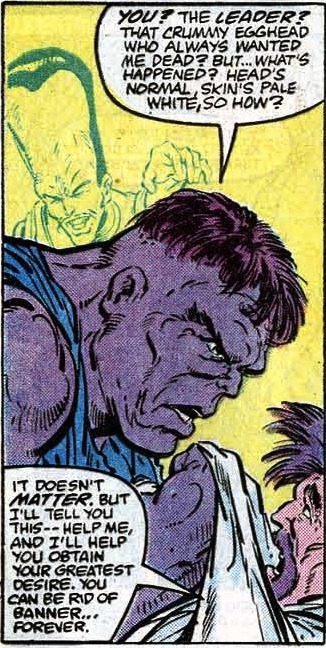 When Hulk emerges, he meets The Leader—who is no longer gamma-tized.  Sterns says he can enable Hulk to stay Hulk forever, so he never goes back to being Banner.  The deal is, Hulk has to go get Rick Hulk so Sterns can drain Rick Hulk’s gamma energy and transform back into The Leader, and then he’ll give Hulk the secret to never reverting to Banner.  This resolves the Rick Hulk story in a nice way, and makes it so we don’t have to read about Rick Jones any more.  Yay! 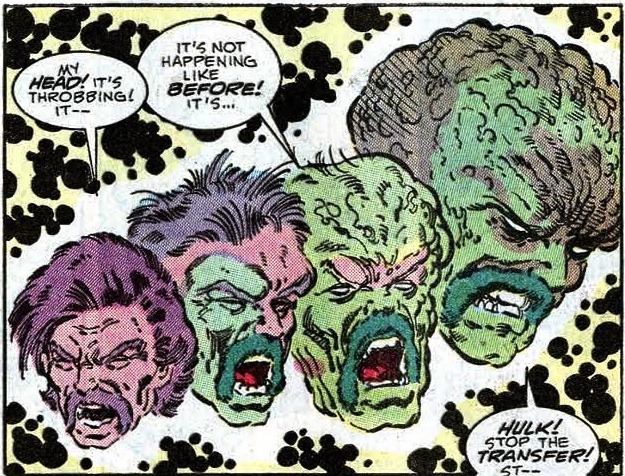 But Leader runs off before helping Hulk get his side of the bargain.  It was all a trick to enable him to take Rick’s gamma-energy, and it didn’t go quite as well as he’d hoped. 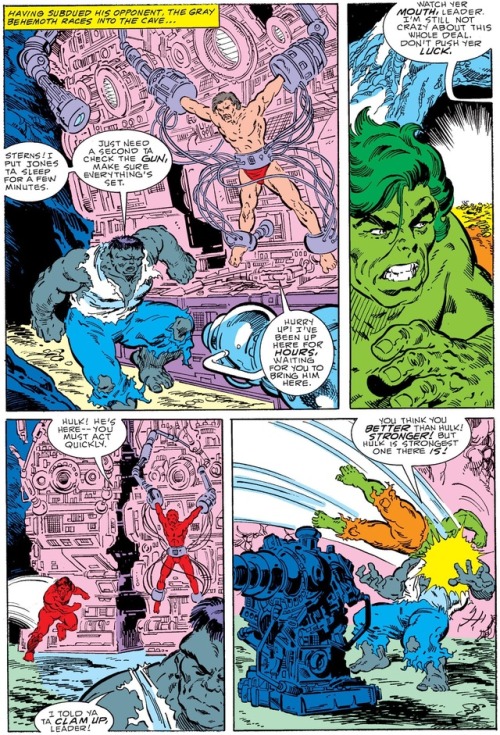 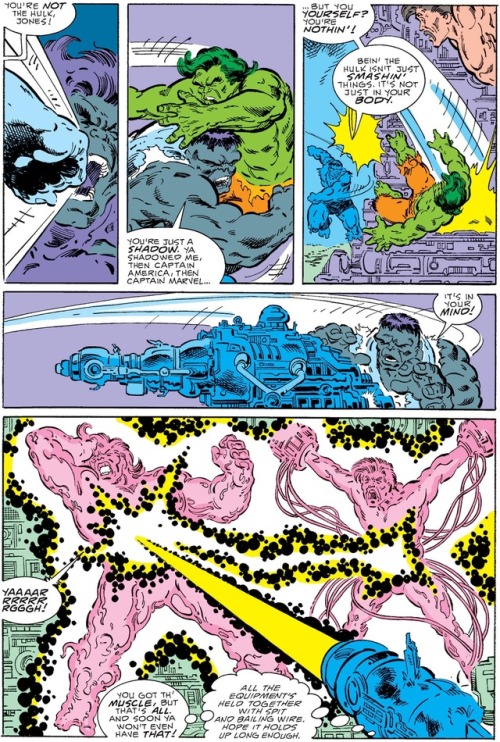 …I mean, who amongst us hasn’t wanted to do that very same thing?