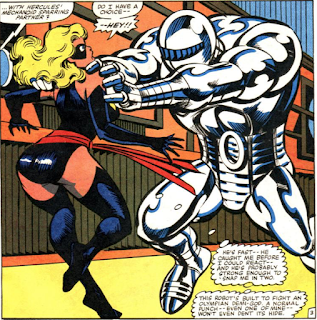 Over two issues, Marvel publishes two inventory stories originally intended for Ms. Marvel’s solo series from way back in the ‘70s.  And they know how anxiously you’ve been waiting for it because they put it on the cover. 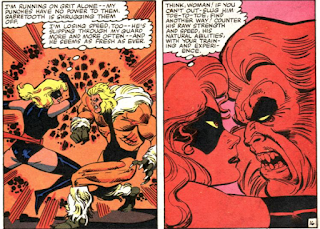 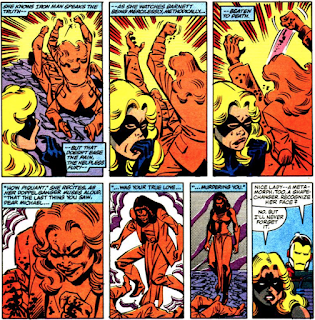 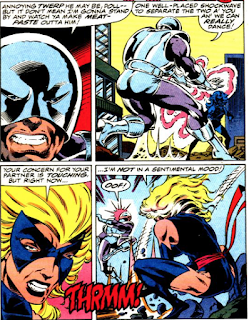 We see her in her old costume, training at Avengers Mansion, fighting Sabretooth and the Brotherhood of Evil Mutants, and otherwise tying up loose ends that, 15 years later, nobody remembers.  And it even ends with a shower scene. 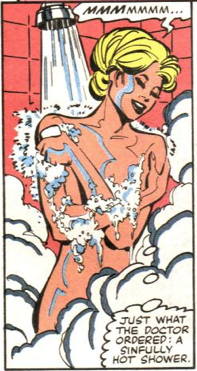 Creators: Chris Claremont, Mike Vosburg
Grade: C+.  These are good Claremont/Ms. Marvel stories, but they’re so out of date that they’re hard to follow.