Gary Friedrich finds his voice in the first above-average Hulk story in a long time.  Years, I think.  Hulk literally beats Rhino to death (or so Hulk thinks—of course Rhino’s not dead).  But first, there’s a very nice, extended battle. I’m not sure this story is still canon. 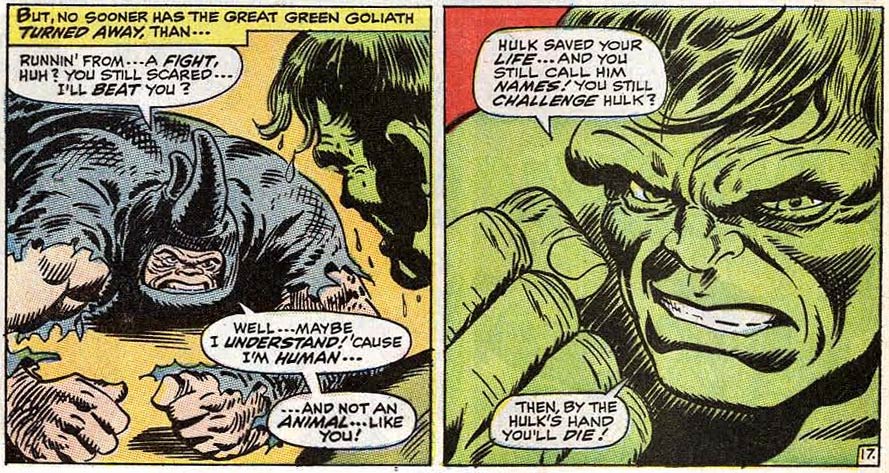 Rhino is given augmented strength because the “fibers” of his costume have been bombarded with Gamma Rays.

I think, really, that Friedrich was just trying to think of a way to make a Rhino versus Hulk story without it being a one-punch fight. 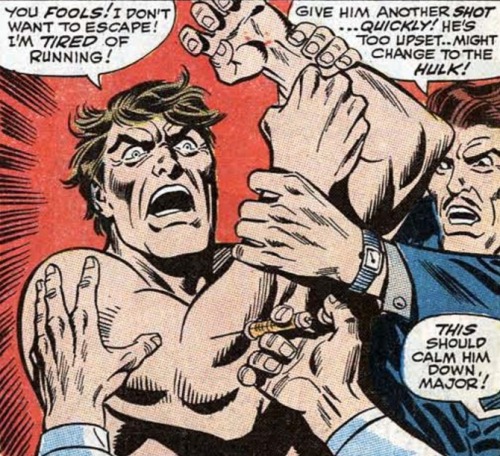 It’s annoying that Gamma Rays are the source of all Hulk’s villains—and nobody else’s!—but if that’s the device needed to serve the story, it’s worth it to get a decent Hulk comic.

Then, as the cliffhanger ending, he kidnaps Betty Ross.