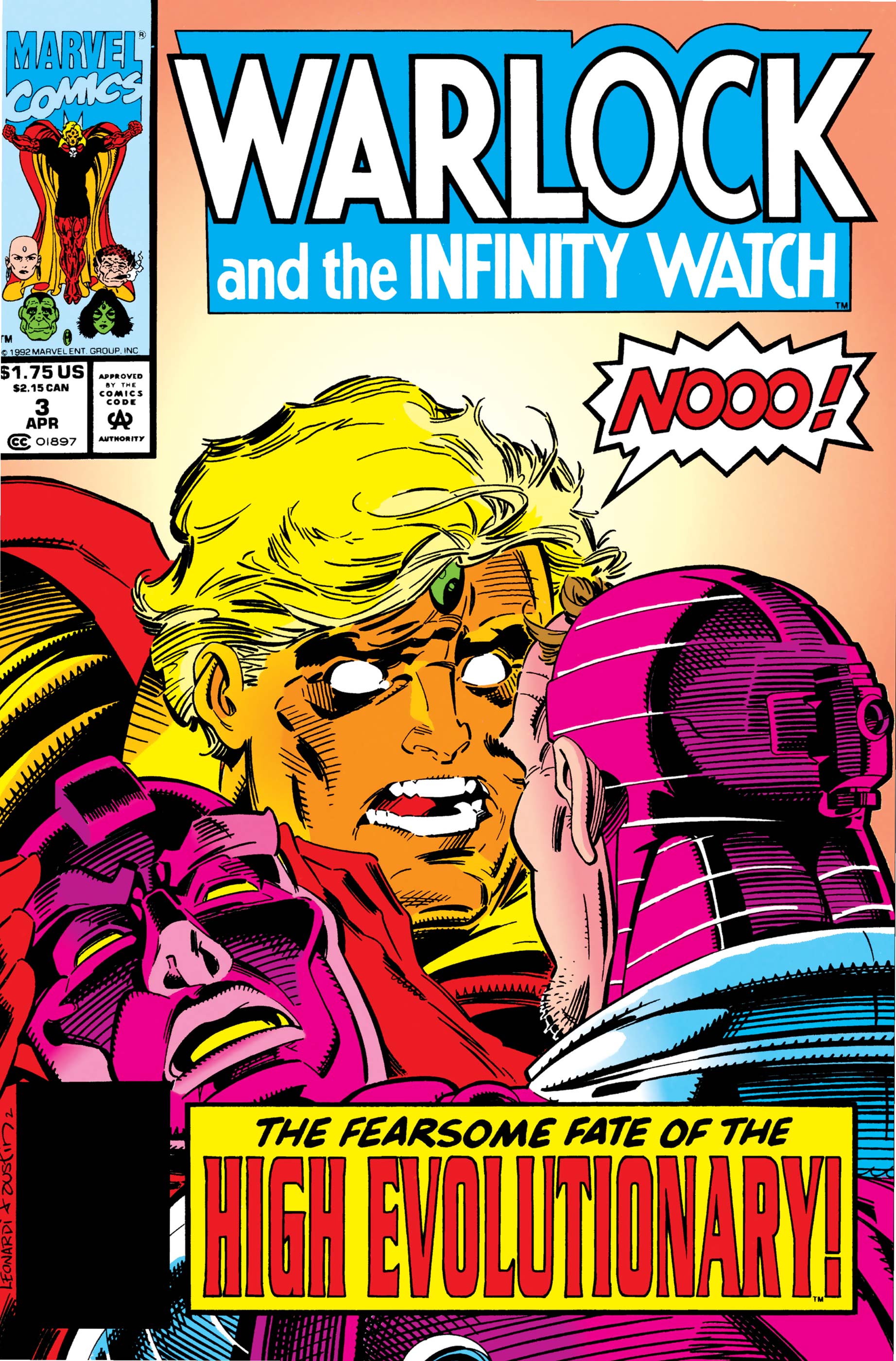 Warlock meet up with High Evolutionary to help clean up some effects from the Infinity Gauntlet event on the planet Ev and his New Men are living on, and then he takes on Man-Beast. 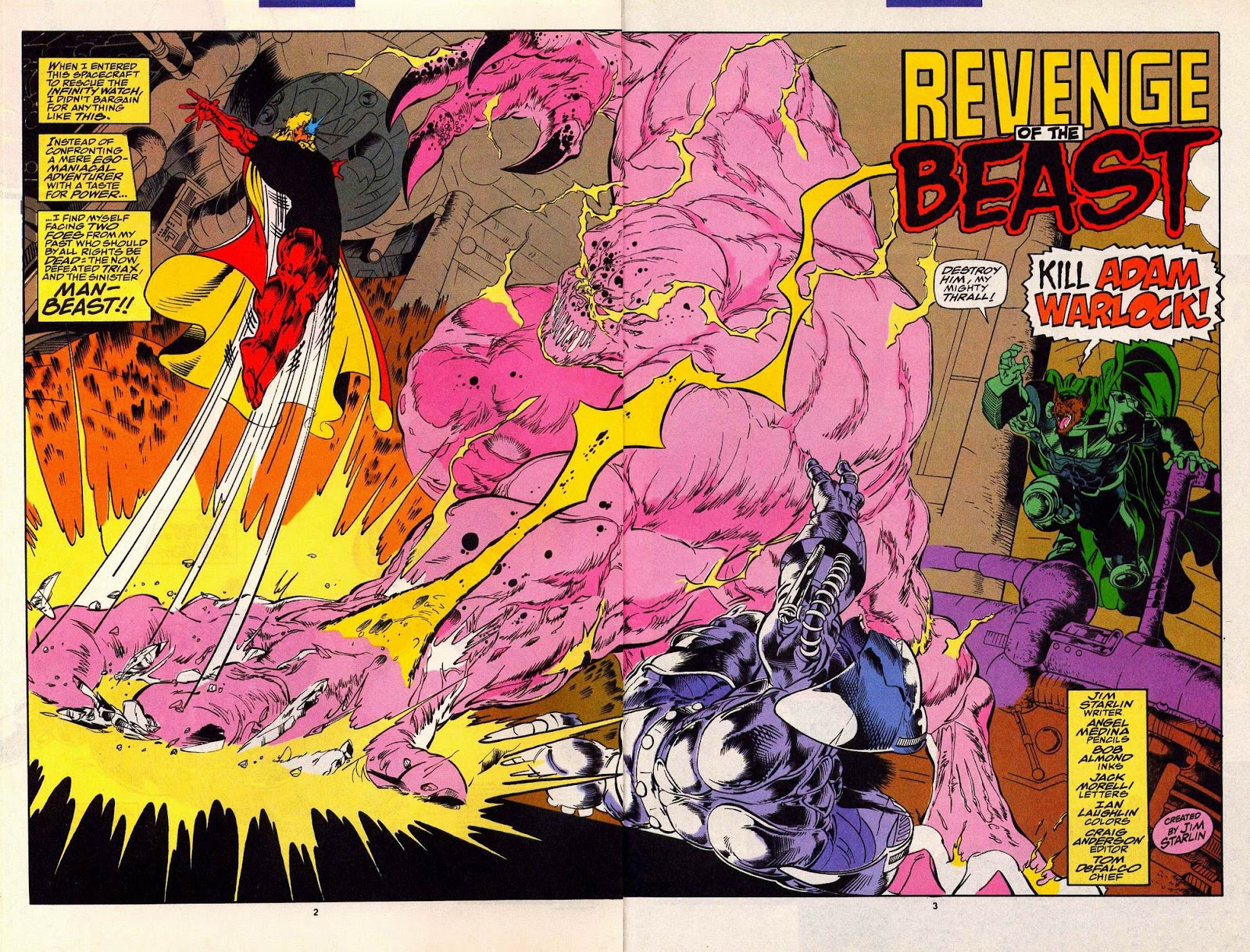 A lot of this is tying up loose ends from Warlocks 1970s solo book, and it’s nice to see Starlin getting to work with the roots of his characters. 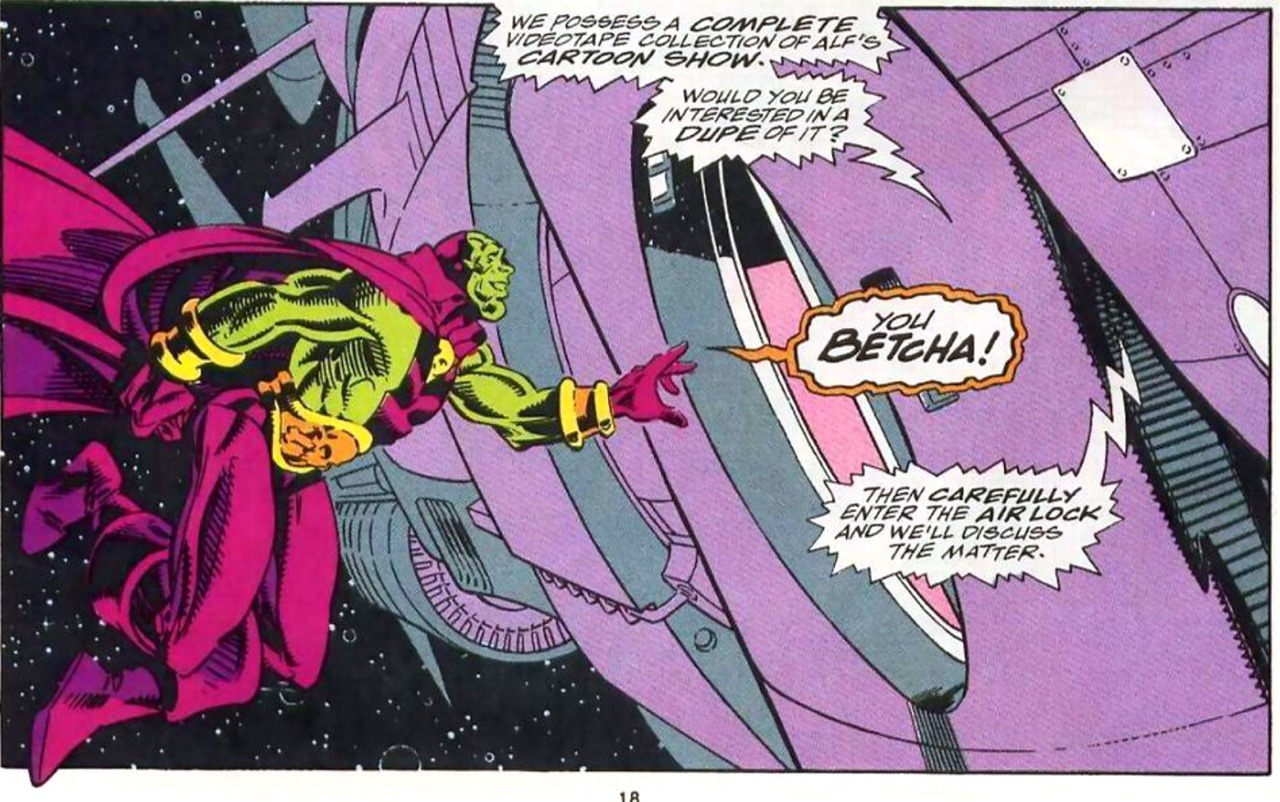 Meanwhile, the rest of the Infinity Watch have a few adventures while heading to Earth because they believe something is about to go down there.  As you can see from the panel above, Drax is still be written as a bit nuts–and Starlin uses that to add humor to his cosmic stories. Real humor–character humor.  Something missing from a lot of the modern-day “big” stories.

There’s also some fun conflicts between characters, like Drax and Moondragon. 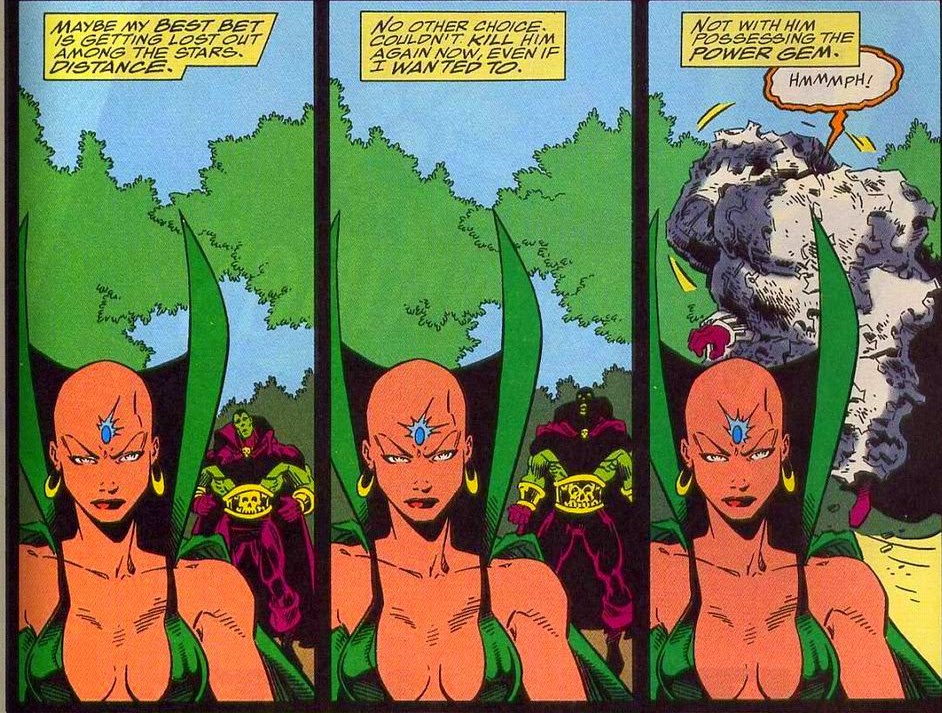 Ultimately, Pip uses his Space Gem to teleport them all there for issue #8.

Warlock starts having visions of his evil twin, Magus, when he arrives on Earth–which further portends the Infinity War event that starts with issue #9. 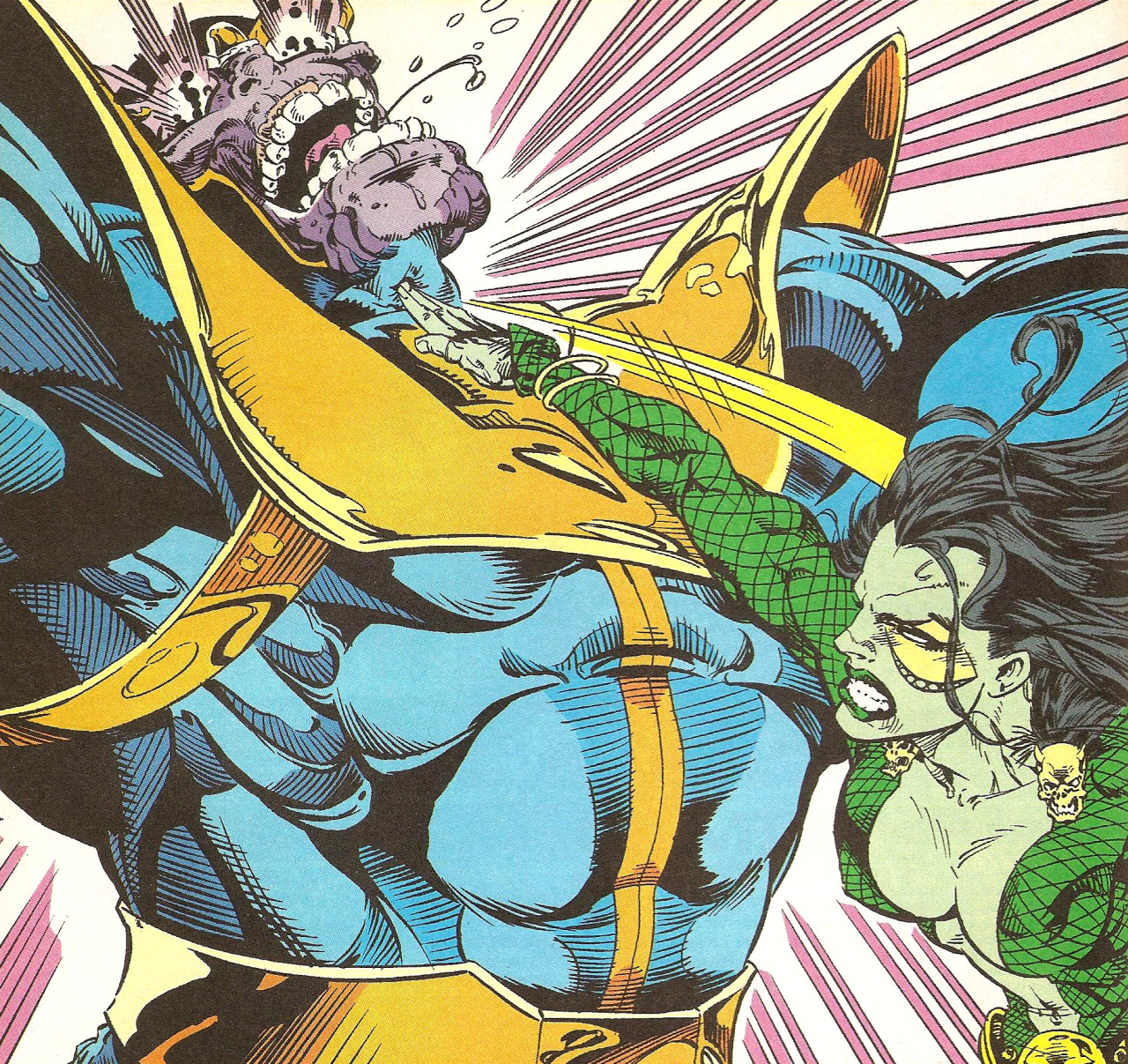 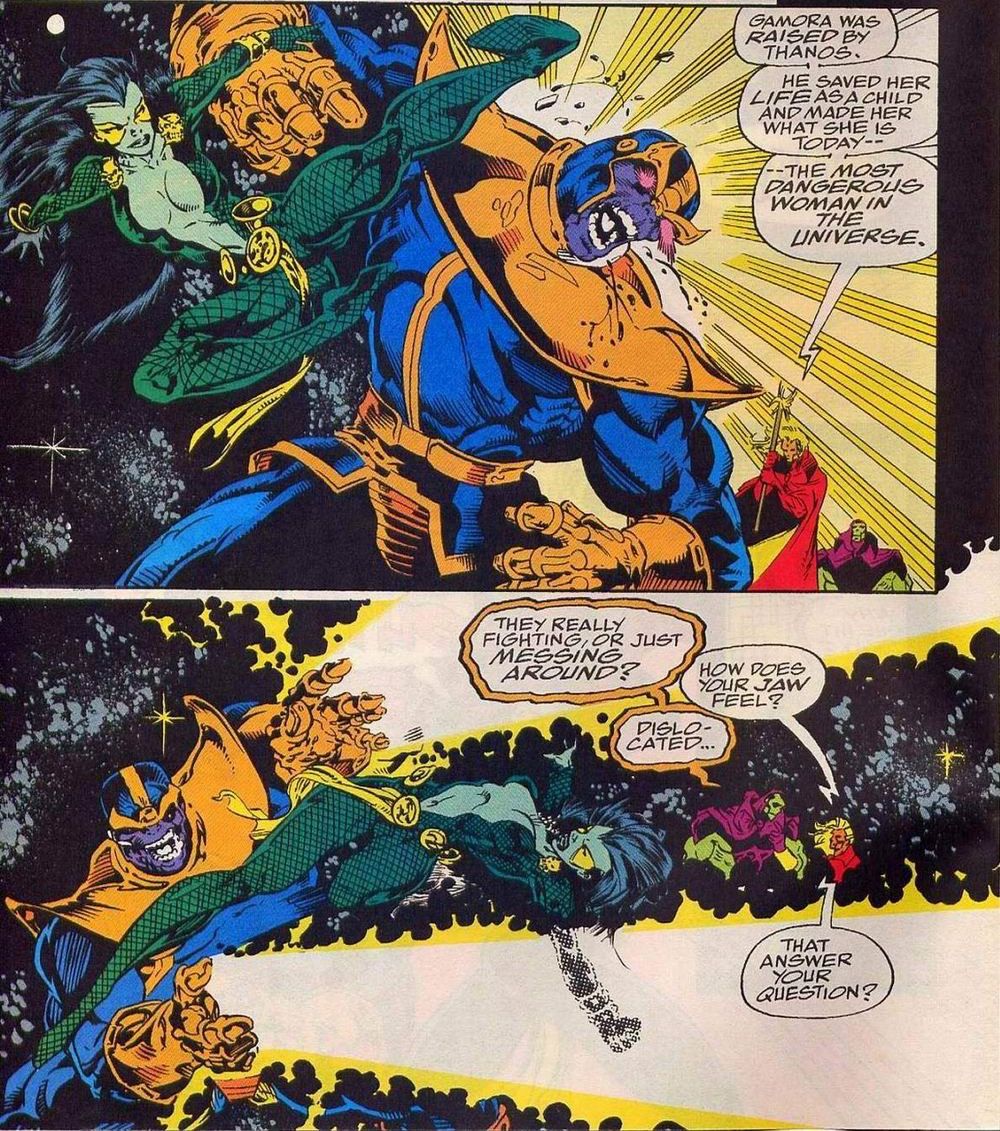 As part of the build up, we see that Thanos also has an evil doppleganger, just like Warlock, and it’s teaming up with Magus.  So the team is joining up with Thanos himself, who is now confined to an airborne wheelchair. 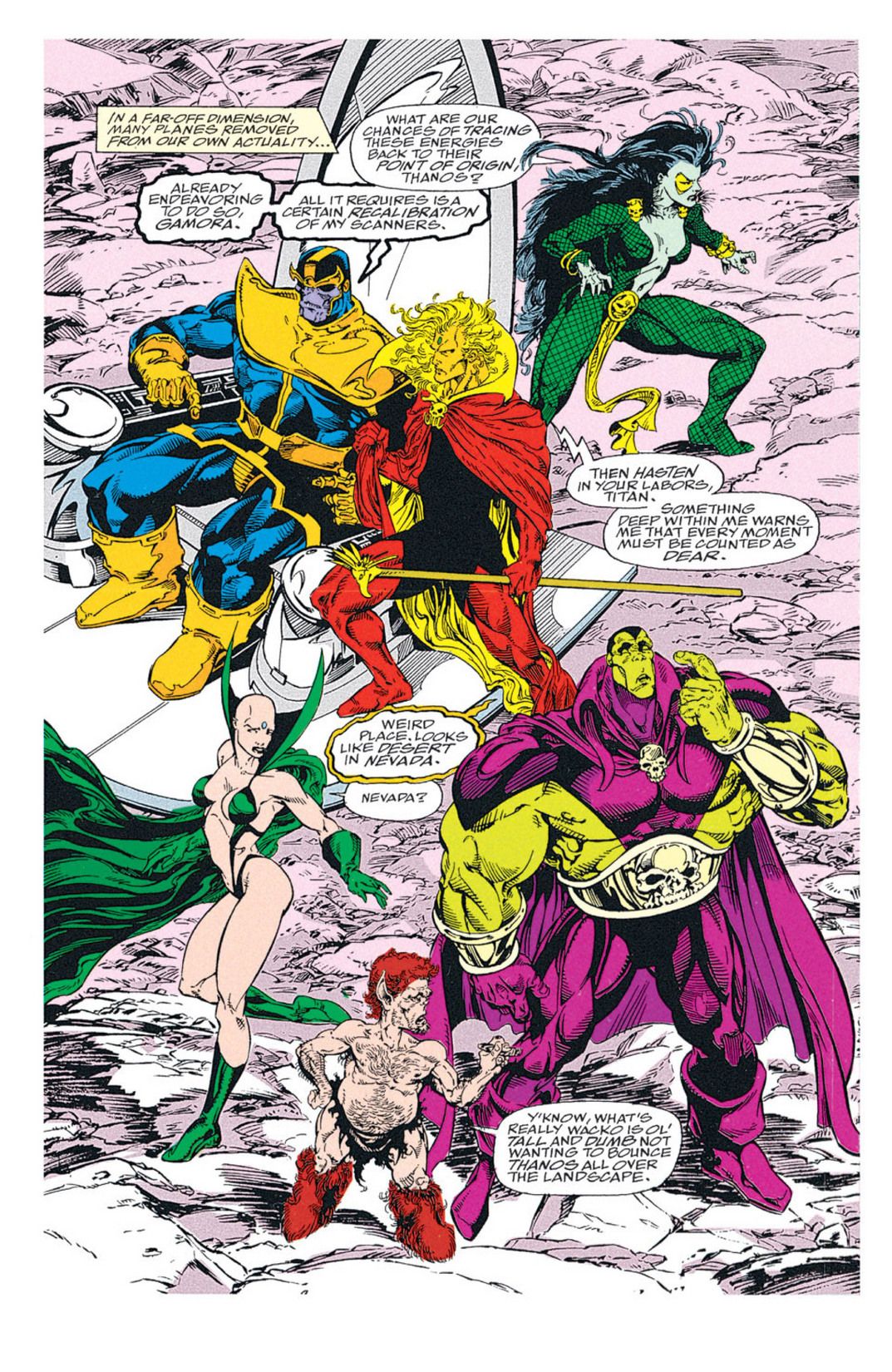 And now we’re ready for the big 1992 crossover event.  The parting shot was turned into a poster because, frankly, it’s damn impressive. 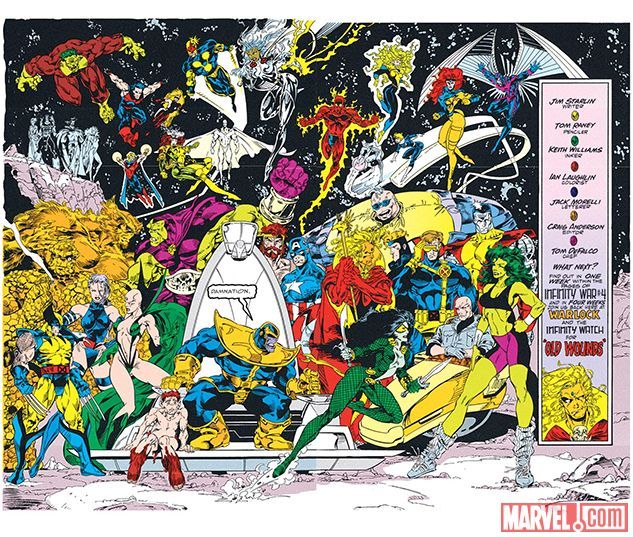