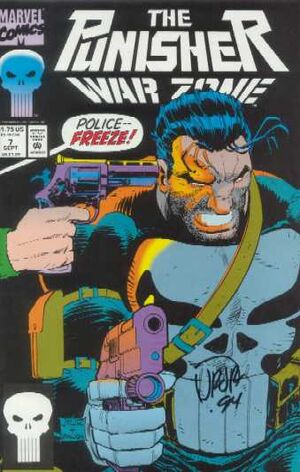 PWZ issues #4-11 close out the Carbone family epic.  Punisher goes undercover as a gangster, gets discovered, gets beat up, and, of course, instead of killing him, the mobsters chain him to a car with a time bomb.  So of course he escapes and takes them down.

Along the way, he teams up with Shotgun, a mercenary who appeared once during Ann Nocenti’s Daredevil run–also drawn by John Romita Jr.  Romita leaves after issue #8, but his replacement is a solid artist.

That’s the big story beats.  Along the way, there’s a Christmas-y cover. 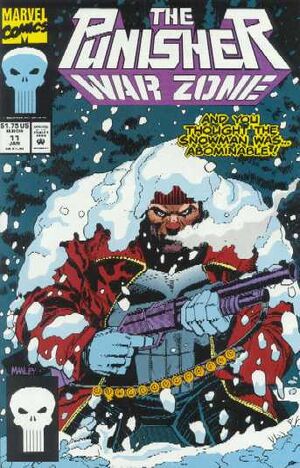 It’s done well.  Good issues.  Especially #7, which has a nice sequence of Punisher recalling his own origin. Issue #7 is also the first appearance of Officer Lynn Michaels, who will be a series regular and eventually kind of become a female Punisher.  Here she is between Punisher’s legs. 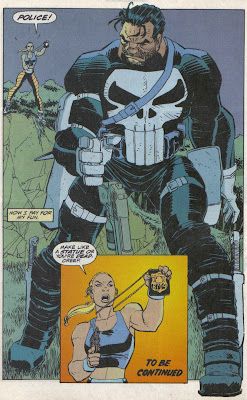