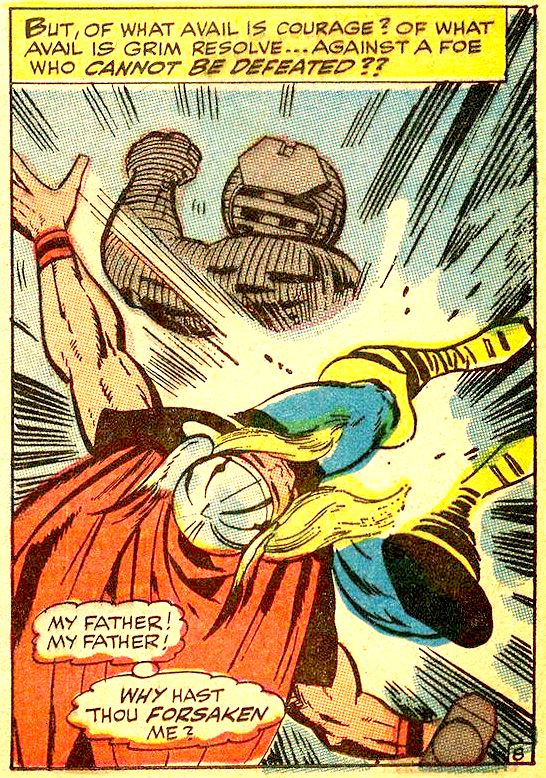 Thor has been stripped of his powers, and Destroyer has arrived on Earth. 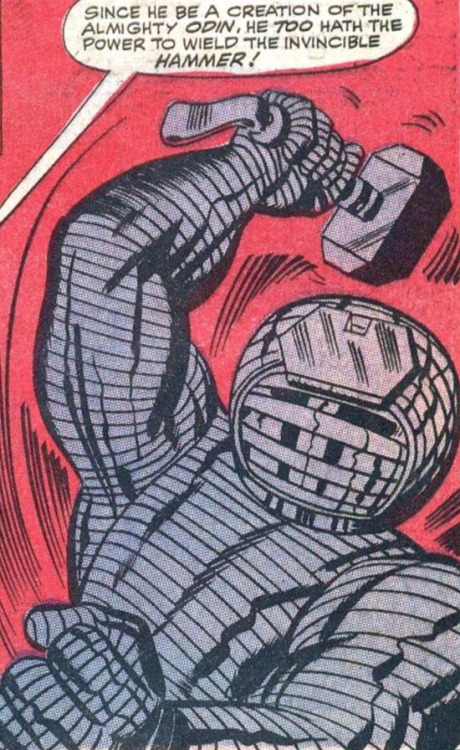 But Sif is piloting the armor–unbeknownst to Thor. 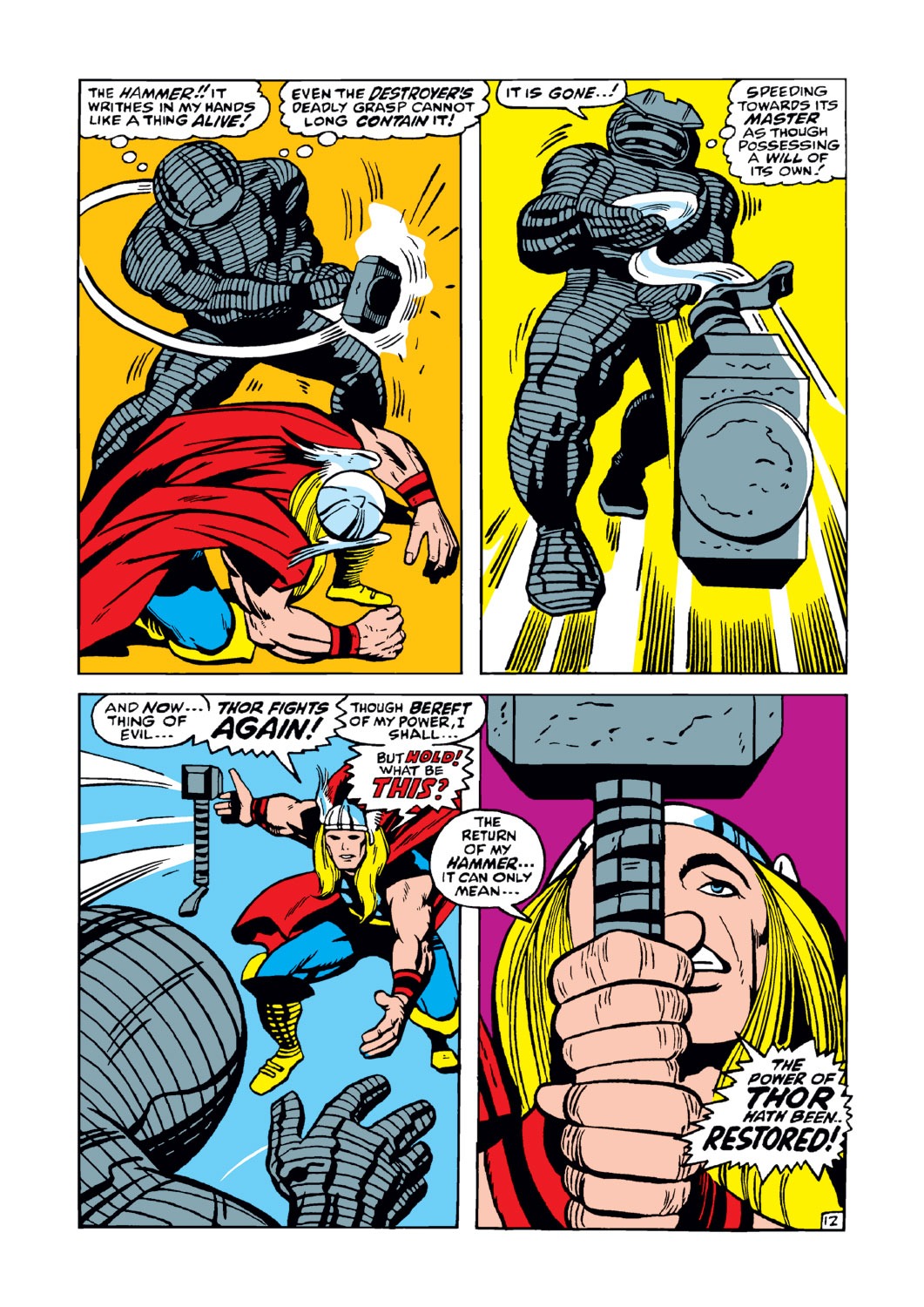 Odin sees his son fighting with fury, and restores his powers.  Destroyer is able to hold Mjolnir until the restoration.

Earlier in the issue, a “normal” person is also able to hold it. But a policeman cannot.

I’m not sure what this all means.  Sif is inside the destroyer armor, so perhaps she is worthy.  Or maybe Destroyer can lift it because it’s an animated suit of armor and not a person?  But that “normal” person up there?  That’s Loki.  How can he lift it?  Again, don’t say it got disenchanted when Odin took Thor’s powers away because as soon as the cop tries to hold it, it drops like a boulder.

Putting all the Mjolnir confusion to one side, this is a solid comic.  Odin even gets a new hat for it. 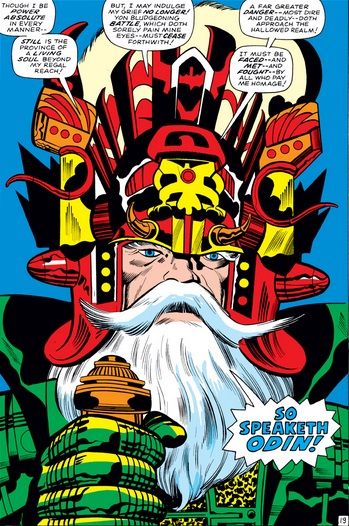 With #153, Marvel makes the wise decision to discontinue the short Inhuman stories that were appearing in Thor, so that with #153 we get all Thor.  When you’ve got a comic this good, you don’t need a back up feature.