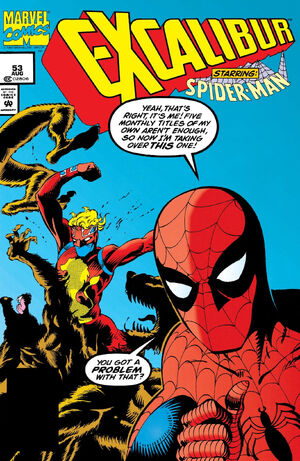 These two books cross-over, sort of, with Spider-Man taking the “main” role in Excalibur and vice-versa.  Both stories recall the first time Spidey met Captain Britain, way back in Marvel Team-Up #65-66, and in the end we learn Arcade was behind much of the shenanigans. 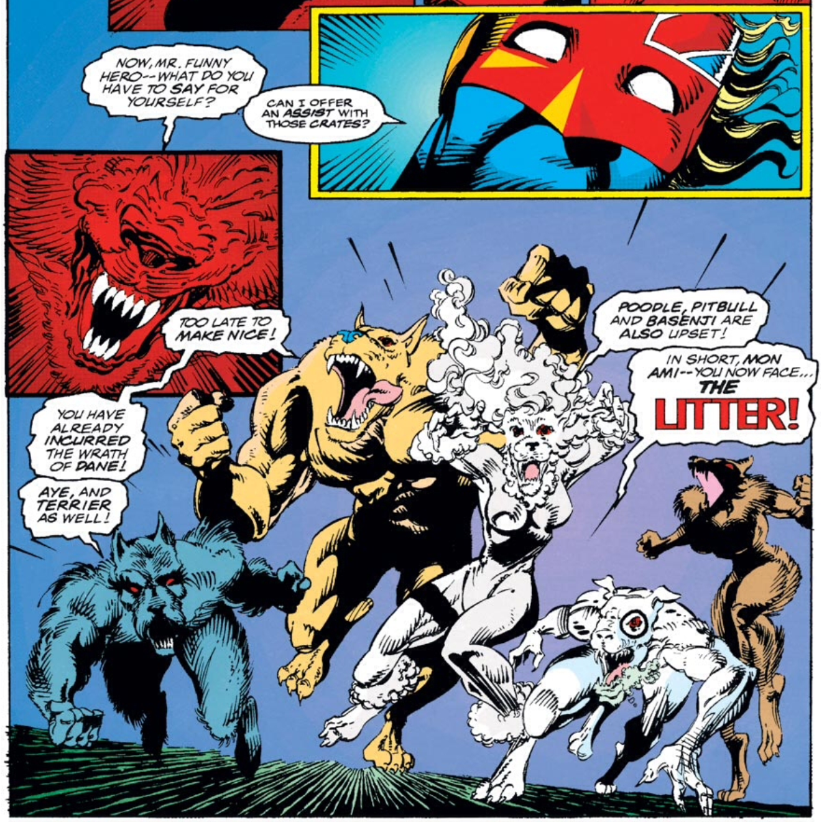 There’s a nice touches with some cat-named villains called “The Litter,”

Other than that, it’s a fairly typical set of fill-in issues.